That pact would include keeping Ukraine nuclear-free, he said.

But Zelenskyy added that adopting a neutral status would need to be guaranteed by third parties and put to Ukrainian voters in a referendum after Russian troops withdraw — within a few months once Russian troops leave.

Russia almost immediately banned Zelenskyy's remarks from being published. Roskomnadzor, the Russian federal agency regulating communications for Moscow, issued the ban Sunday and said there could be action taken against the Russian media outlets that took part, including “those that are foreign media outlets acting as foreign agents.”

Russia recently passed a law threatening up to 15 years of prison time for anyone publishing information that goes against Moscow's narrative about the war.

►The Oscars took 30 seconds of silence for Ukraine, beginning with a tribute from Ukrainian-born Mila Kunis and ending with the Academy Awards fading to black about midway through Sunday’s show.

►A top Ukrainian official accused Russia of trying to split Ukraine into two countries Sunday, drawing a comparison to North and South Korea.

Talks between Ukraine and Russia to take place in Turkey

Ukraine and Russia will meet in person in Turkey beginning Monday, Ukrainian President Volodymyr Zelenskyy said in his Sunday nightly address to his nation.

Ukraine’s priorities at the talks in Turkey this week will be “sovereignty and territorial integrity,” he said.

“We are looking for peace, really, without delay,” Zelenskyy said. “There is an opportunity and a need for a face-to-face meeting in Turkey. This is not bad. Let’s see the outcome.”

Davyd Arakhamia, the leader in parliament of the faction of President Volodymyr Zelenskyy’s Servant of the People party, said on Facebook that the in-person talks were agreed upon in a video consultation.

However, Russia’s chief negotiator said the talks would begin on Tuesday, not Monday.

The two sides have met previously without reaching a deal.

From Lebanon, Iraq and Syria to Sudan and Yemen, millions of people in the Middle East whose lives were already upended by conflict, displacement and poverty are now wondering where their next meals will come from.

Ukraine and Russia account for a third of global wheat and barley exports, which countries in the Middle East rely on to feed millions of people who subsist on subsidized bread and bargain noodles. They are also top exporters of other grains and the sunflower seed oil that is used for cooking.

Even before the war in Ukraine, people in countries across the Middle East and North Africa were not getting enough food to eat. Now with trade disruptions spurred by the conflict, more commodities are becoming either unaffordable or unavailable.

“Put simply, people cannot afford food of the quality or quantity that they need, with those in conflict- and crisis-affected countries … at greatest risk,” said Lama Fakih, Middle East and North Africa Director at Human Rights Watch. 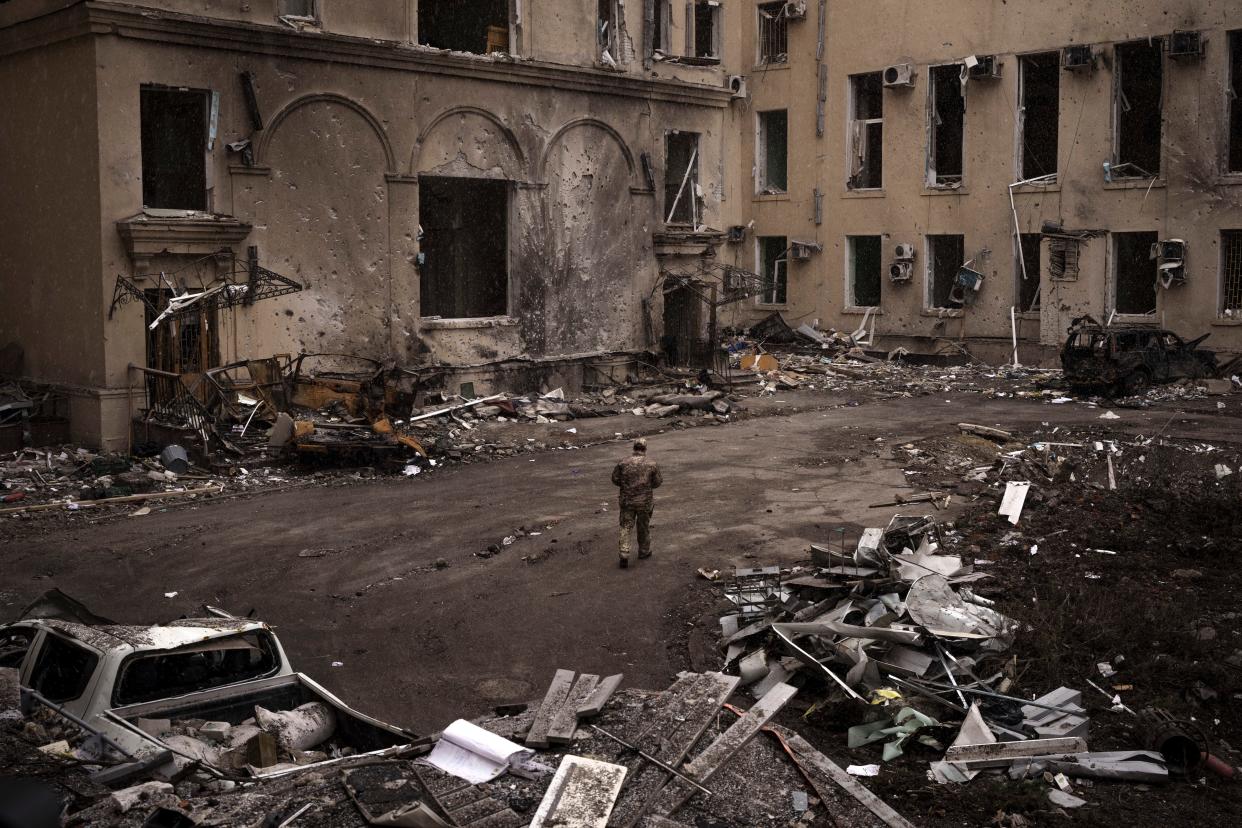 Just one month since the Russian invasion Ukraine, more than 3.6 million refugees have been forced to flee the country, making this the fastest growing refugee crisis since World War II, according to the United Nations refugee agency.

An additional 6.5 million people have been displaced internally within Ukraine and over 12 million more have been affected in the areas hardest hit by the war.

"Many people remain trapped in areas of escalating conflict and, with essential services disrupted, are unable to meet their basic needs including food, water and medicines," the agency annoucned in a bulletin. "The delivery of lifesaving aid remains challenging, with a lack of safe humanitarian access."