A PLANE crash-lands into the sea, just missing beachgoers having a paddle.

The terrifying moment was caught on camera by a mum enjoying a family day out. 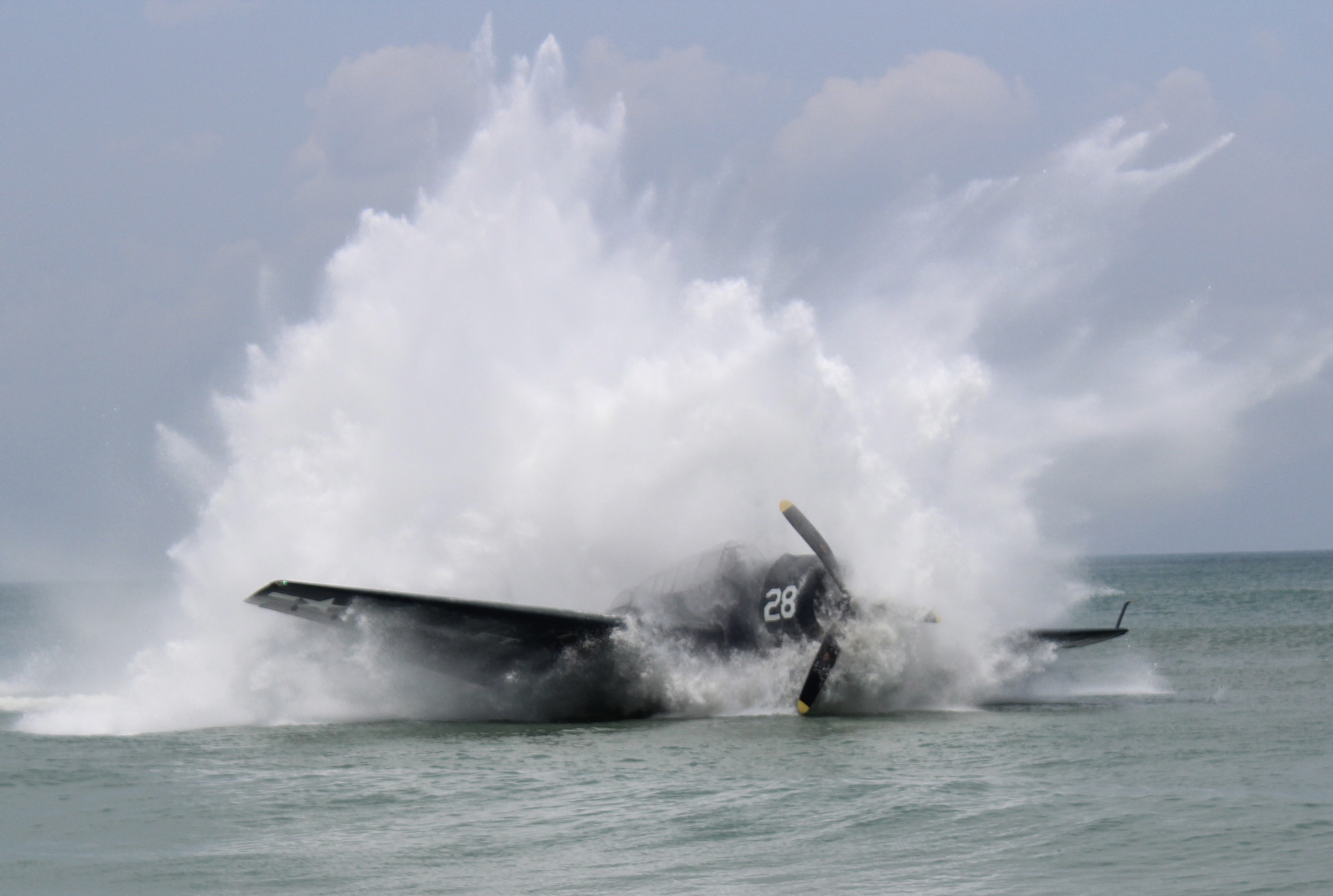 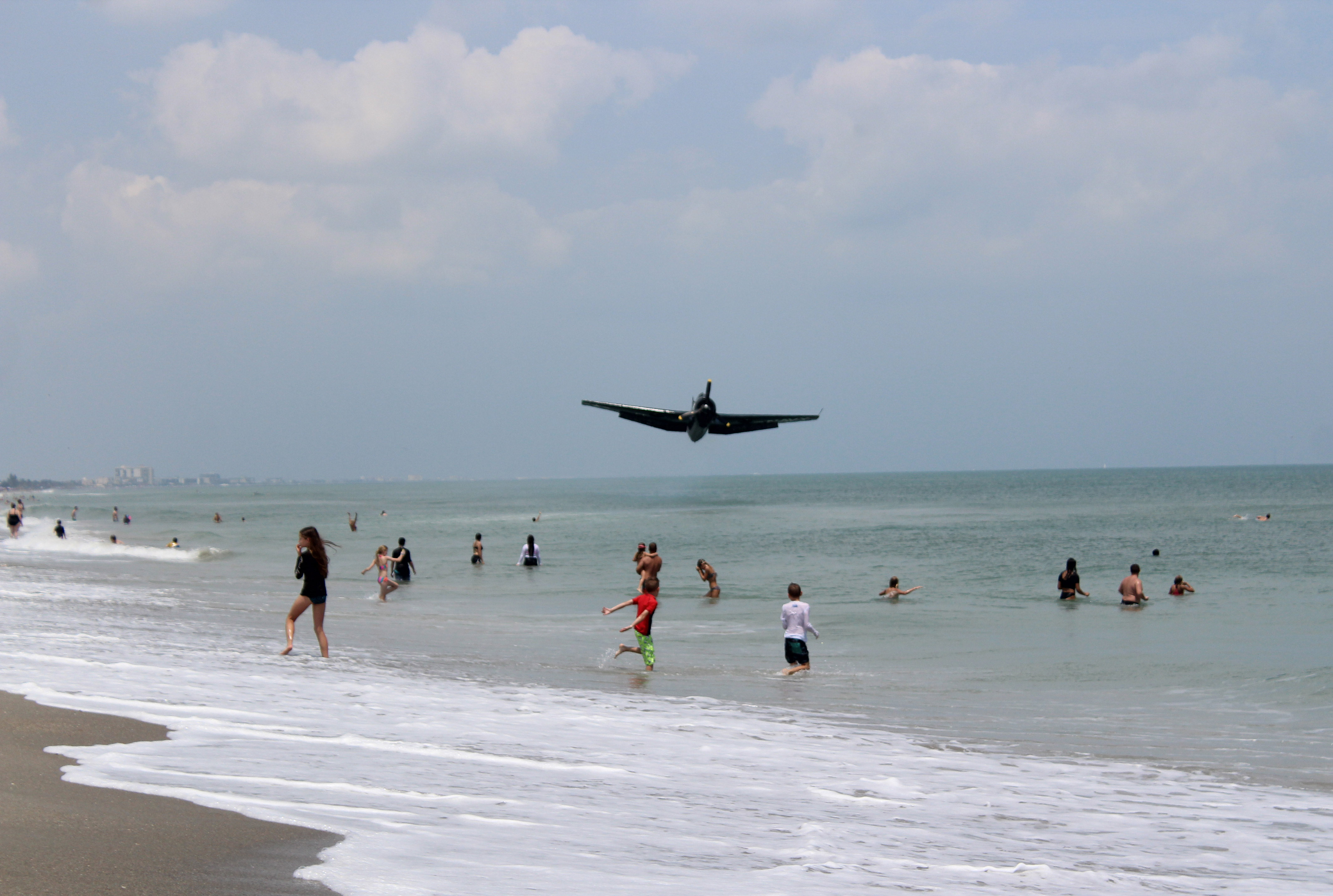 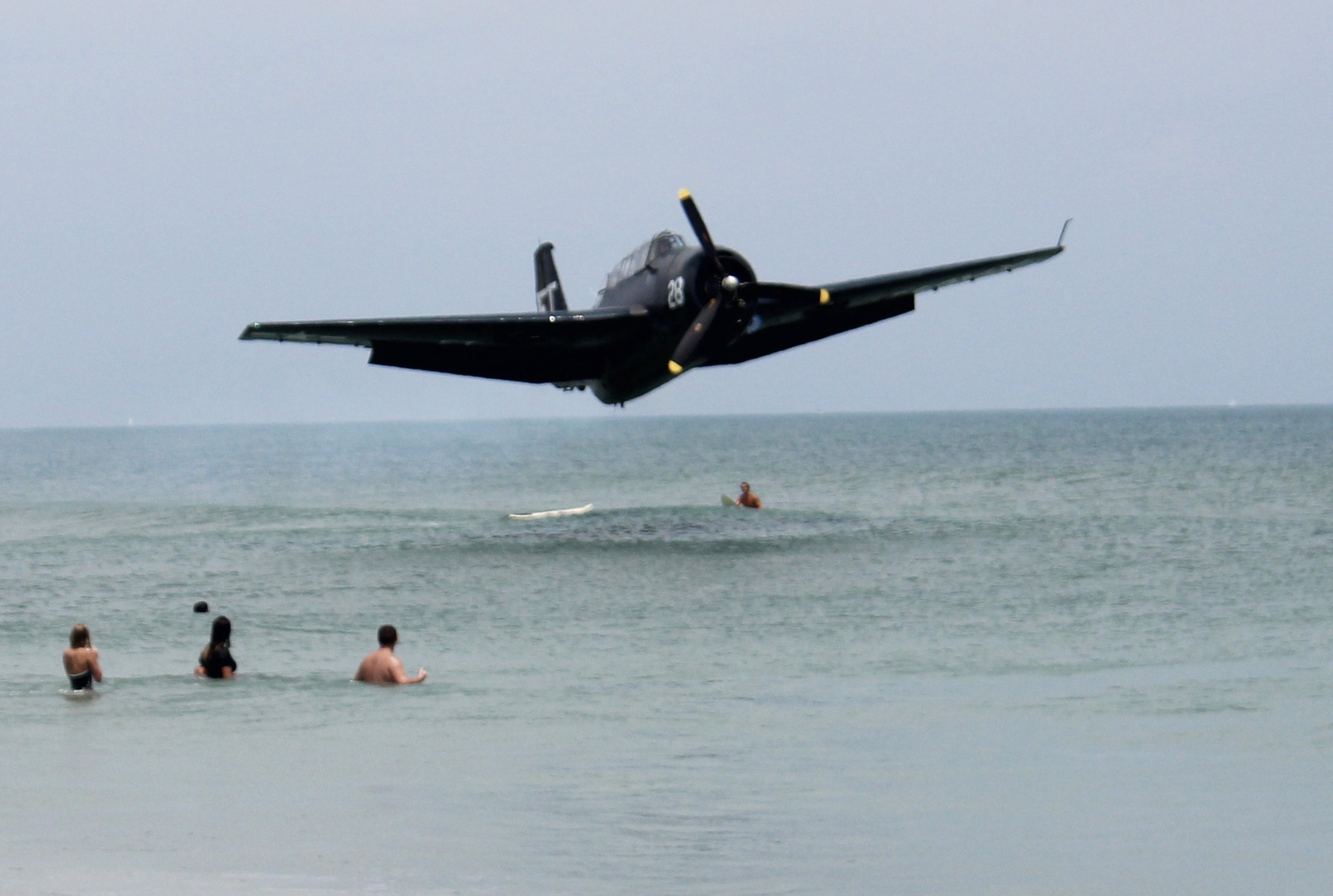 Amber Ditmer, 40, was taking pictures of pregnant daughter Kristan Othersen, 22, and her partner Kyle Johnson, 23, when she saw the plane.

The World War Two-era Grumman TBM Avenger, which had been taking part in an airshow, had a mechanical fault and the pilot was forced to ditch into the sea at Tables Beach, in Florida.

Amber, from Ohio, said: “I just assumed there was going to be a trick and nobody moved.

"Next thing you know, he’s going in the water.”

She added: "Thankfully he did not hit anyone. 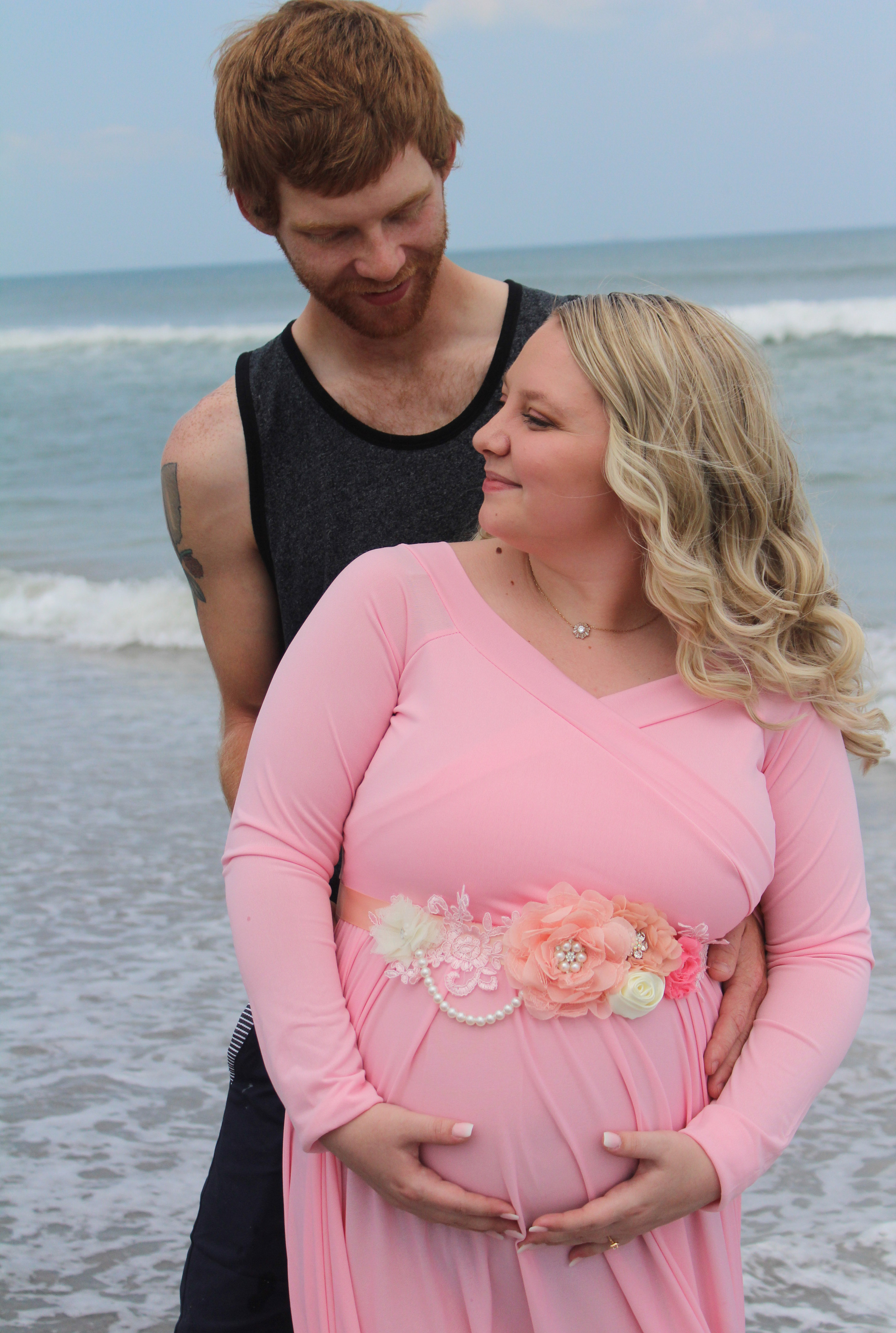 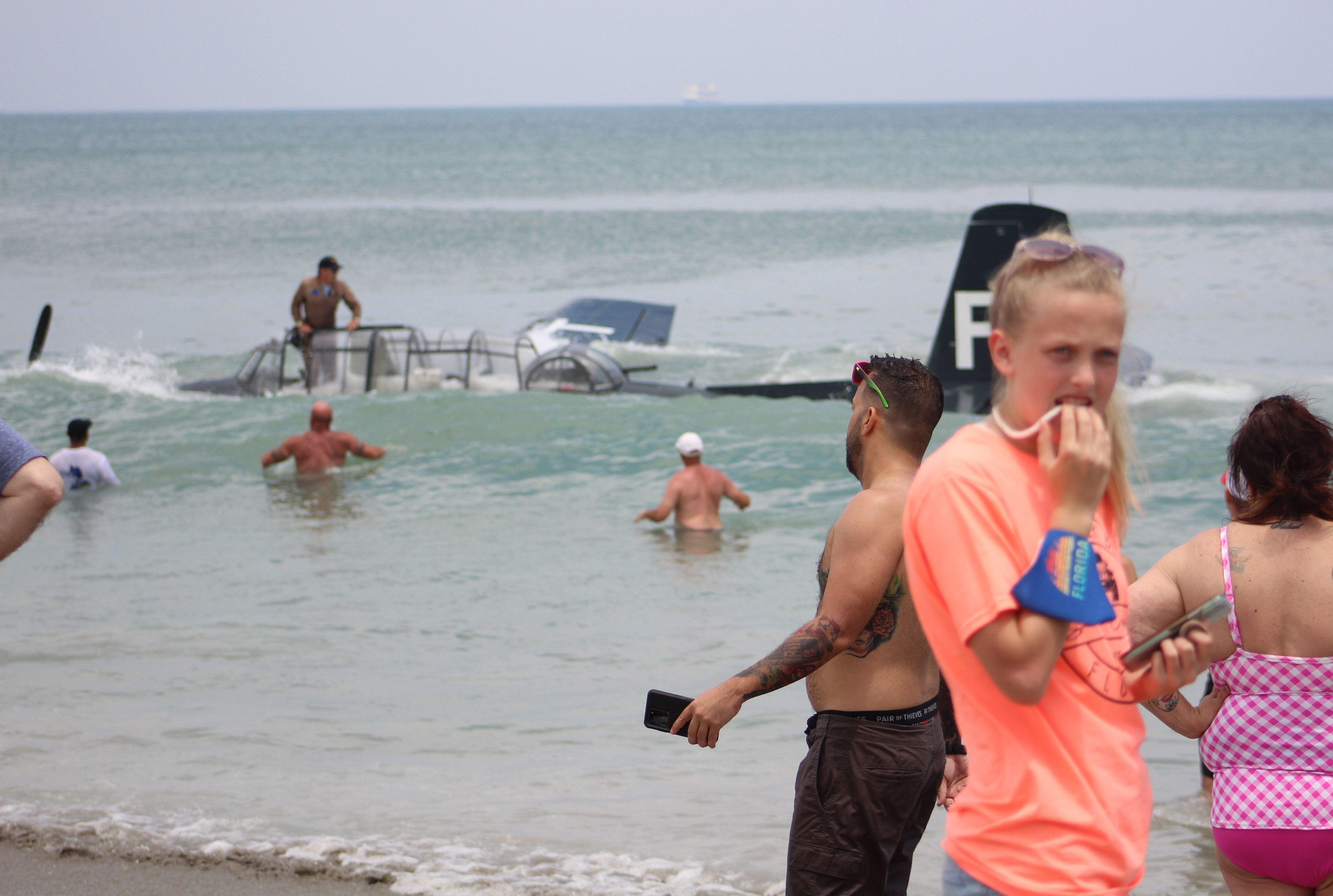 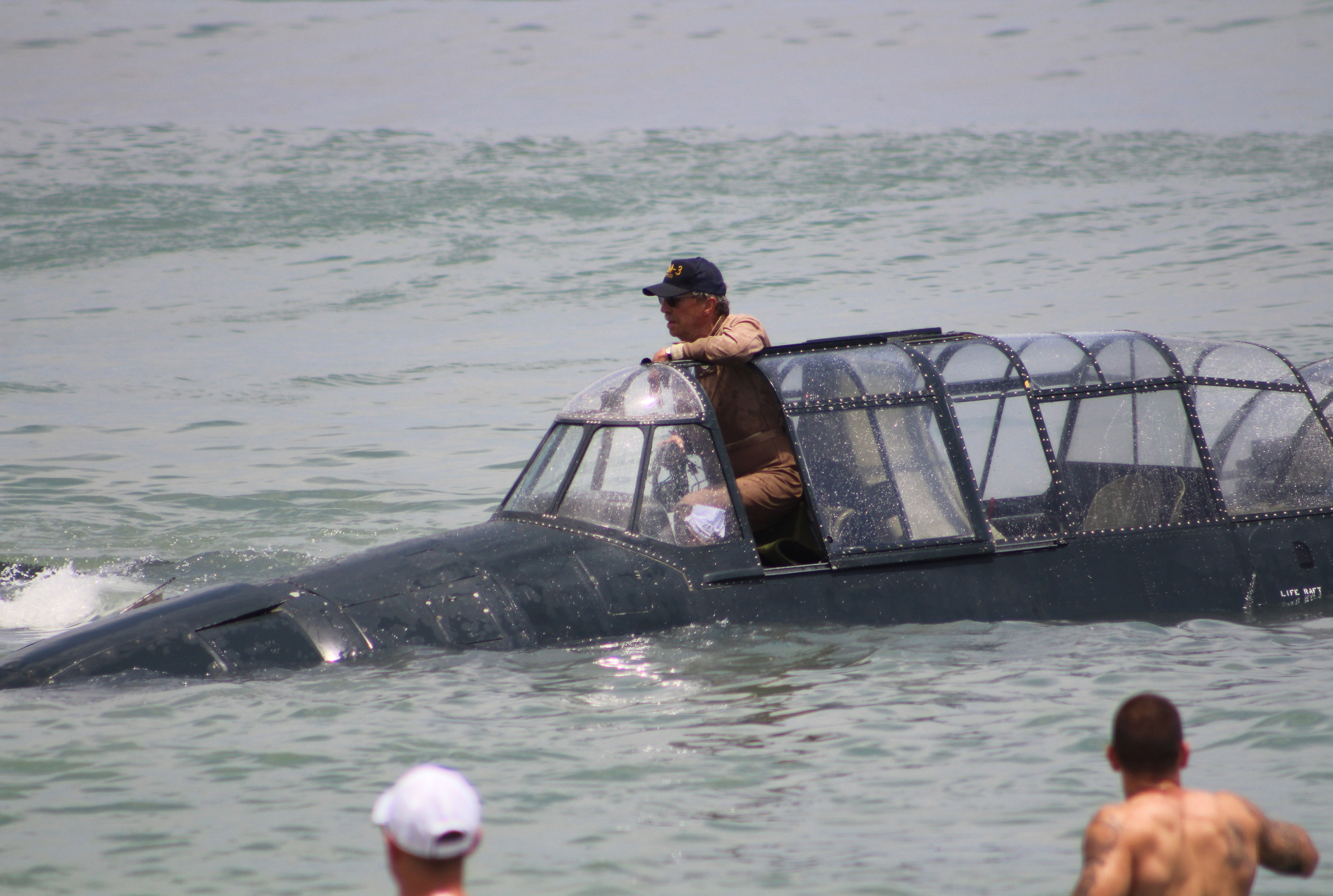 “He managed to get around everyone, as the beachgoers were not moving

Neither the pilot nor any of the swimmers were injured.

Amber’s husband Brian said: “He did an amazing job.”