THE world’s longest-surviving conjoined twins died over the weekend at the age of 68.

Ronnie and Donnie Galyon were born on October 28, 1951 — joined at the abdomen — and died on July 4 in hospice care in Ohio due to natural causes. 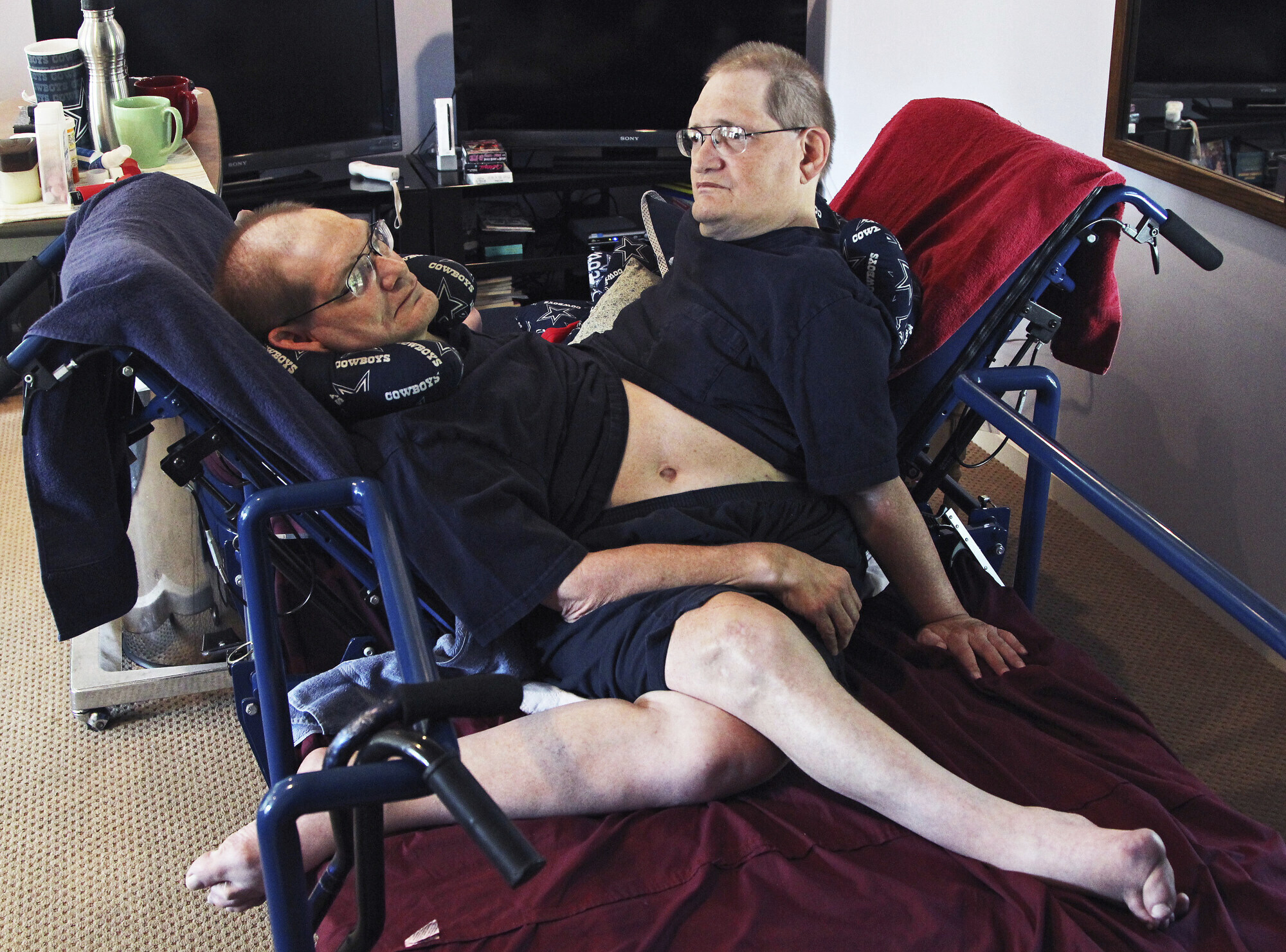 In 2014, the brothers were declared the oldest conjoined twins just before their 63rd birthday, surpassing Chang and Eng Bunker, the world’s first known conjoined twins.

Their brother, Jim Galyon, told WHIO-TV the two were excited about becoming the oldest pair of conjoined twins. 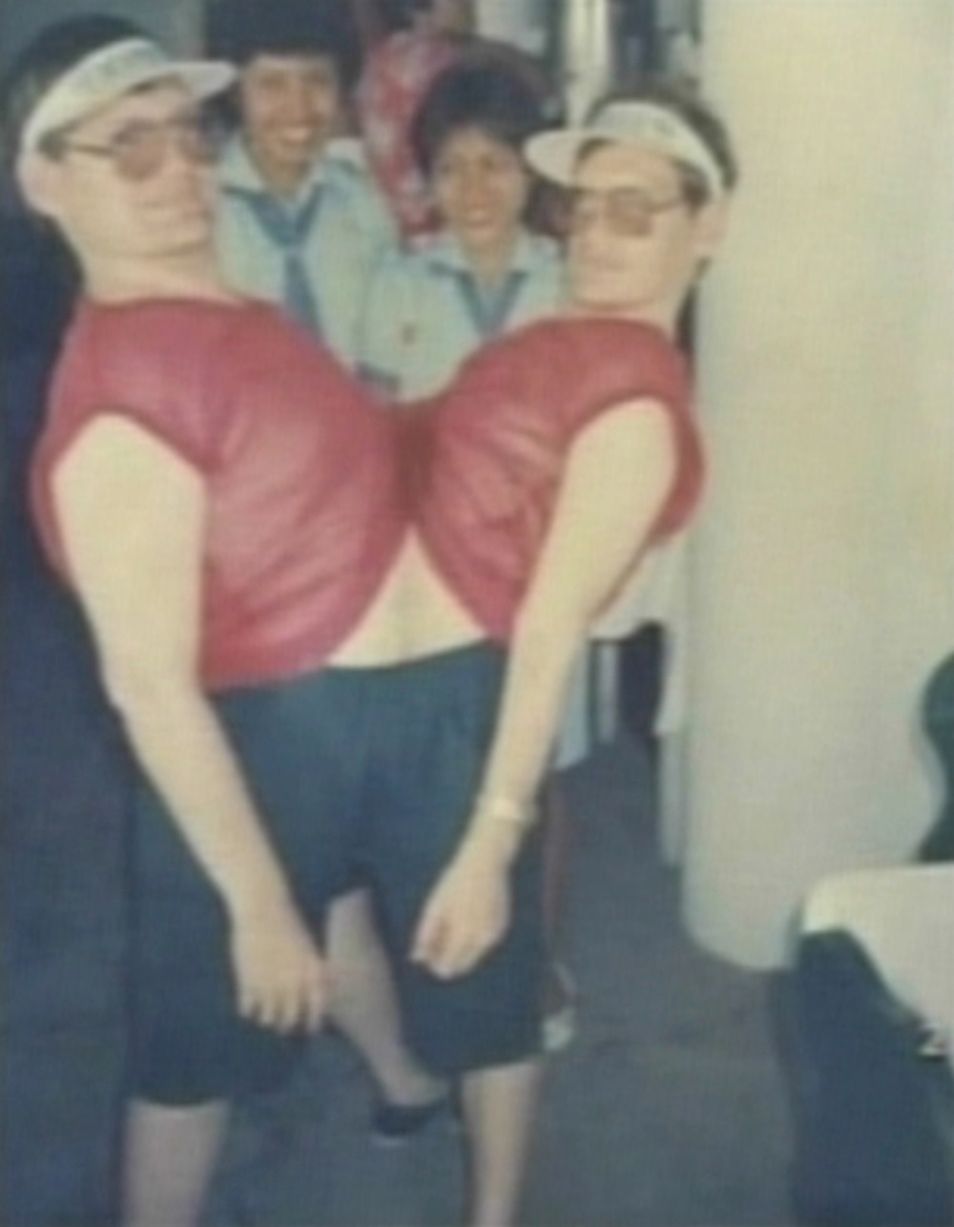 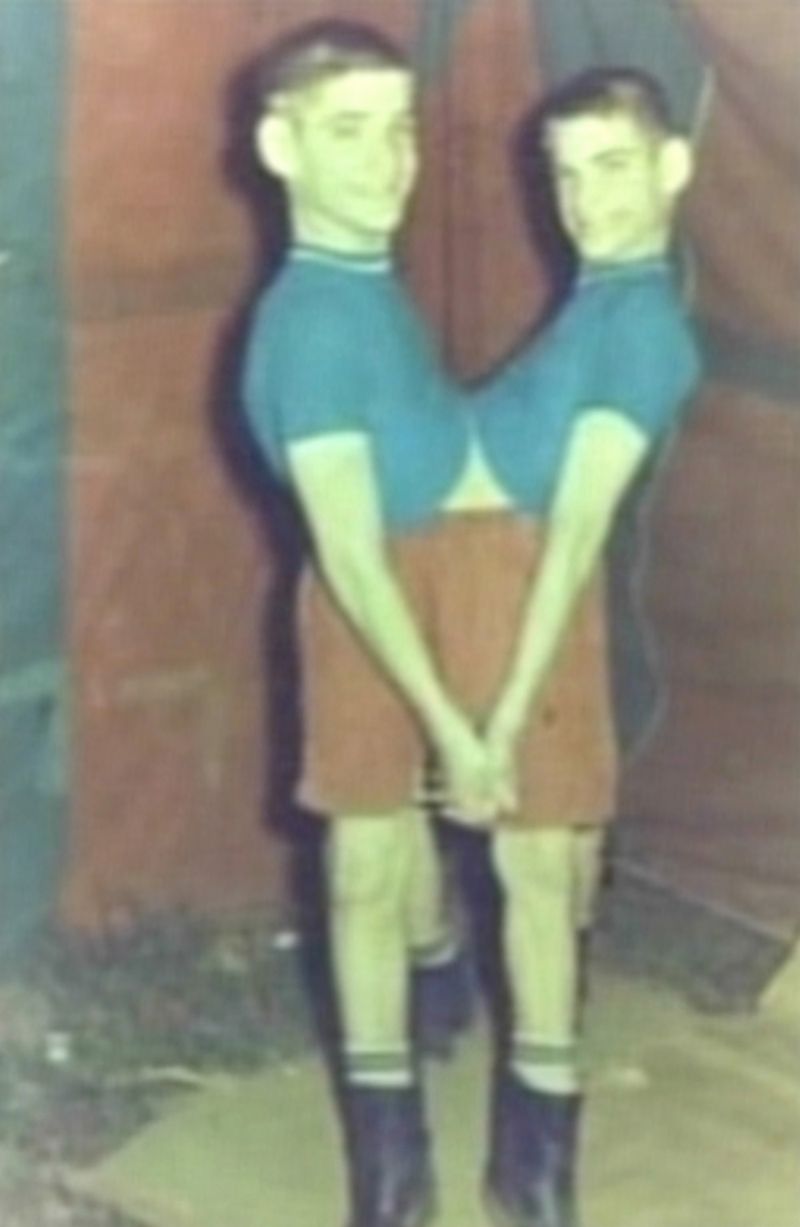 Jim explained they would talk about it often and marked days on their calendars.

The year they set the record, Ronnie said: “It’s what me and Donnie’s always dreamed about, and we hope to get the ring, because we’ve dreamed about getting this since we were kids.”

The men were joined at the waist and shared a lower digestive tract, rectum and penis, while each of them had their own heart, stomach, and a pair of arms and legs.

The two lived with Jim and his wife and on Wednesday of last week, they went into hospice care.

Jim explained to MLive.com in 2014 that Ronnie and Donnie appeared in carnival sideshows as kids and used their earnings to help support their nine siblings.

"That was the only income. They were the breadwinners," he said.

Starting at the age of three, the boys' father decided to take the kids into carnivals as a way to provide for the family.

They traveled North America alongside Ward Hall, a circus impresario, under the show marquis: "Alive in person, Galyon Siamese twins!"

In 2010, hundreds of volunteers in the Beavercreek community where they lived helped put an addition onto Jim’s house so they could have a place to live. 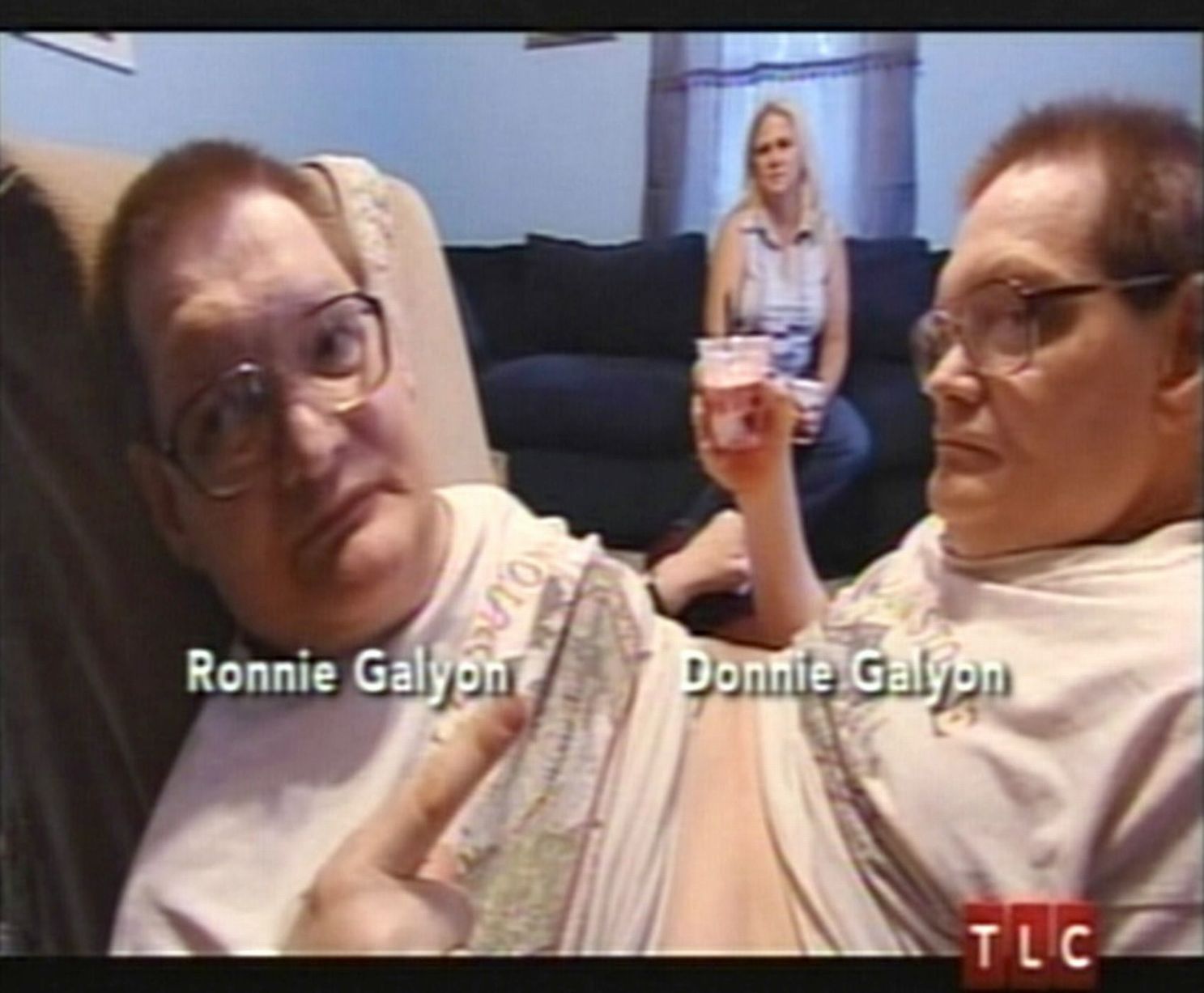 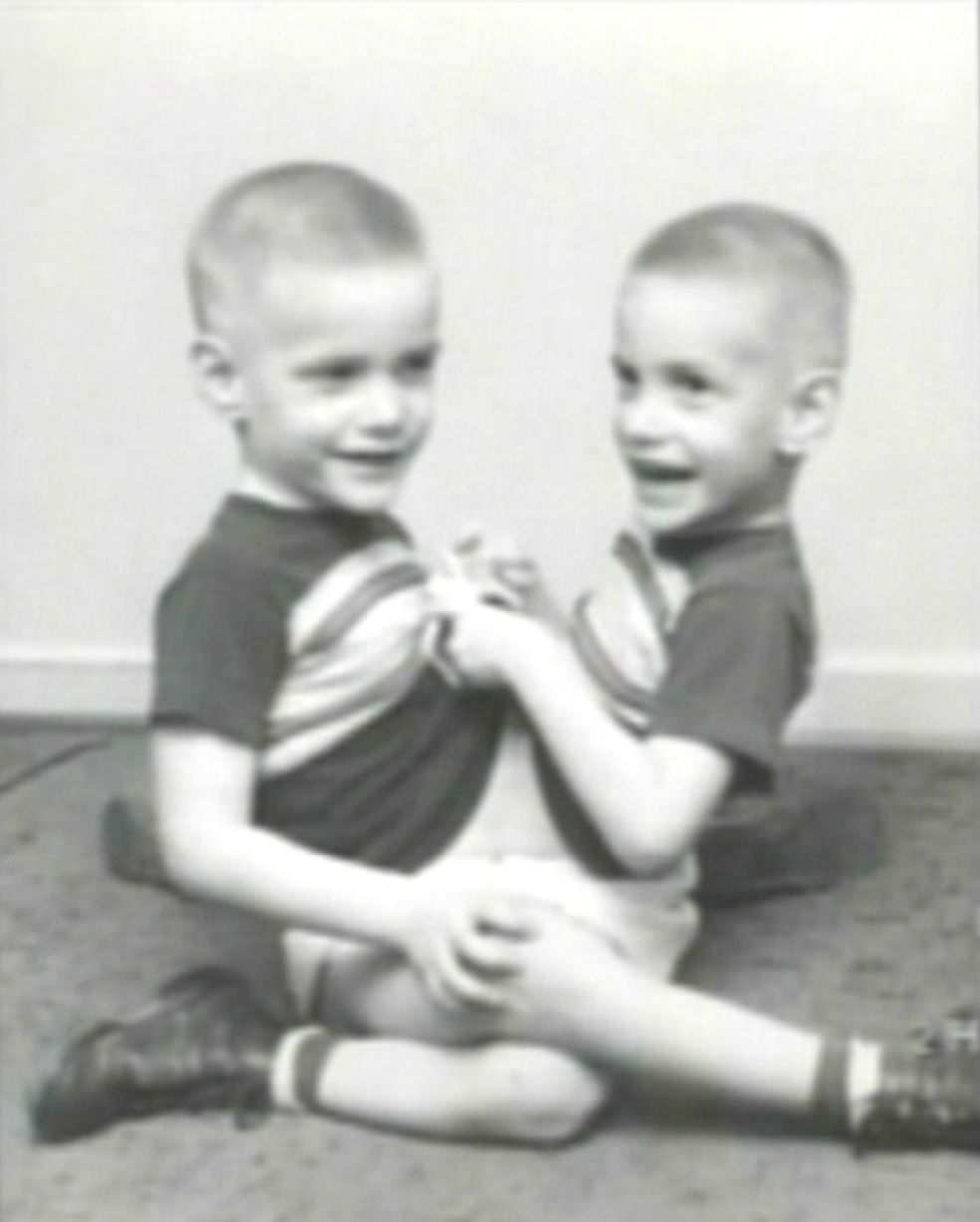 As they grew older and suffered from arthritis, Jim said it became hard and unsafe for them to live alone in their home in Dayton.

“I am grateful to the community for what they did to help Ronnie and Donnie move into their house,” Jim told the news station.

“This allowed them to live with their family for the last 10 years.”

“It’s a lifelong dream, and they are absolutely loving it,” he said of the twins.

TLC aired a documentary about the men in 2010.

The brothers retired from entertaining in 1991, and lived alone until 2010 when health problems prompted them to move in with family members.