World coronavirus death toll passes 3,000 as disease kills five more people in Italy – where cases have jumped 50% in a day

The global coronavirus death toll has soared past 3,000 following a sudden spike in Italian cases.

Five fatalities were announced in Italy today, taking its death toll to 34 as infection continues to cripple the country’s northern regions.

The outbreak is one of the largest outside of mainland China and is steadily seeping out across the continent, despite the virus-hit hotbeds of Lombardy and Veneto on lock-down.

Ministers in Rome have taken drastic measures to firefight the outbreak, including scrapping public events and erecting police checkpoints around the 11 contaminated towns. 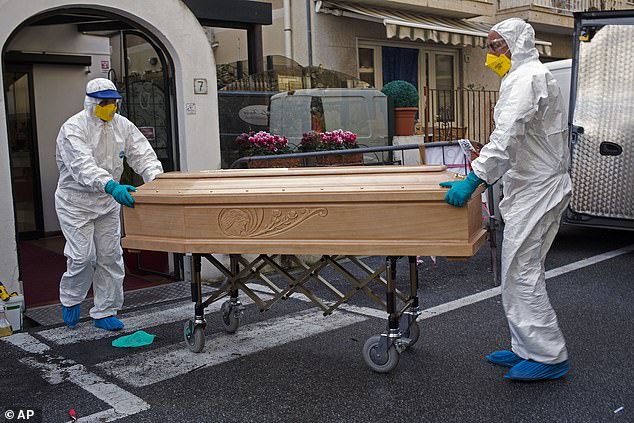 Medical staff wearing protective suits carry the coffin containing the body of Assunta Pastore, 87, after she passed away in her room at the Garden hotel in Laigueglia, northwest Italy today 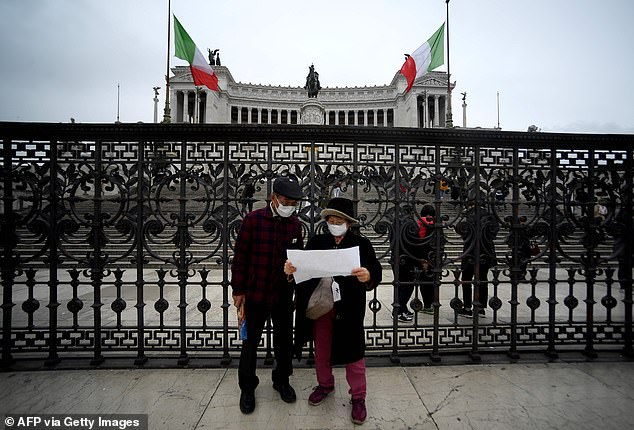 But despite the travel freeze from virus-hit areas, cases dotted across Europe have been traced back to Italy.

Of the 12 new patients announced in the UK today, two had recently arrived from Italy.

The Czech Republic has confirmed its first three cases of coronavirus, with all the patients having travelled from northern Italy, Health Minister Adam Vojtech said today.

Across the border, the number of people infected with COVID-19 in Germany also jumped sharply to 129.

The deadly virus has now reached nine of Germany’s 16 states, with Frankfurt, Hamburg and Bremen among the cities reporting their first case.

Coronavirus fears have rocked everyday life, with Europeans desperate not to contract the bug which has infected 87,000 worldwide.

Hungary said it is halting entry to its border ‘transit zone’ camps for asylum-seekers over coronavirus fears after Turkey began letting migrants head toward Europe.

The Louvre in Paris, the world’s most visited museum, closed to visitors on Sunday after staff refused to work due to coronavirus fears, unions and management said.