These are the terrifying scenes as a house is raided by four masked men last night.

The footage, which was captured on a doorbell camera, also picked up the screams of residents inside the house as the raiders barged their way through the front door.

The incident happened at 6.12pm on November 12 in north Luton, Bedfordshire. 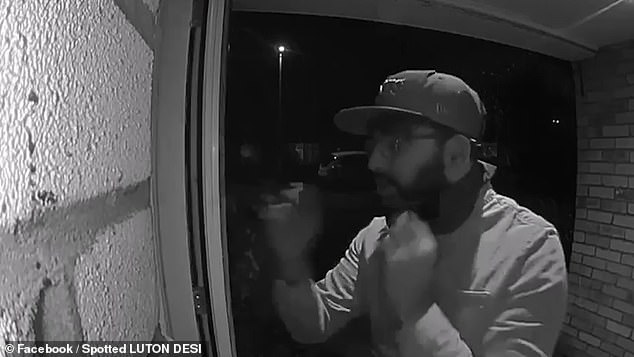 This is the moment a group of four men, including this person, allegedly forced their way into a house in Luton, Bedfordshire last night 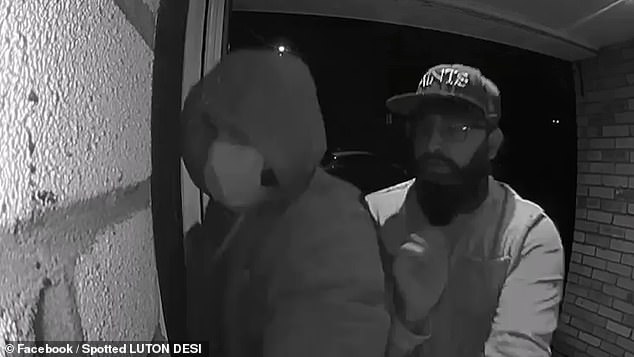 The group, pictured, burst into the property in the north of the town at 6.12pm yesterday 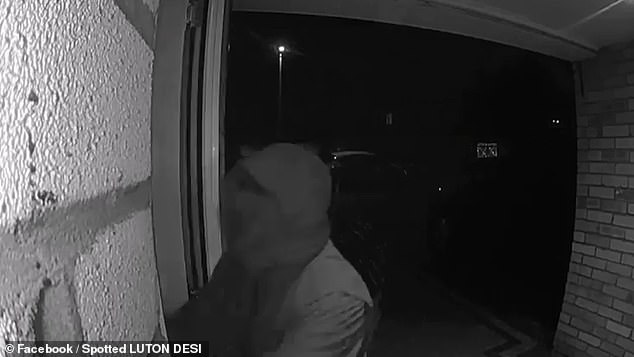 According to the footage, a woman opens the door and is confronted by a group of men.

One man with a mask and a hoodie, quickly pushes his way into the house. A second man, following closely behind, pulls his face mask up as he approaches the door.

He man is wearing a baseball cap and glasses.

The third and fourth man force their way through the door.

In total, all four men entered the house in less than five seconds from the moment the woman opened the front door.

The footage was shared on the Facebook page of a local community group in Luton with an appeal for information.

A spokesperson for Bedfordshire Police told MailOnline: ‘We were called just before 8.40pm last night (Thursday) to a report of a burglary in Liston Close, Luton.

‘The investigation is currently ongoing and we are appealing to anyone who has any information to contact us online at www.bedfordshire.police.uk/report or by calling Detective Inspector Lee Martin on 101 quoting reference 40/61525/20. ‘ 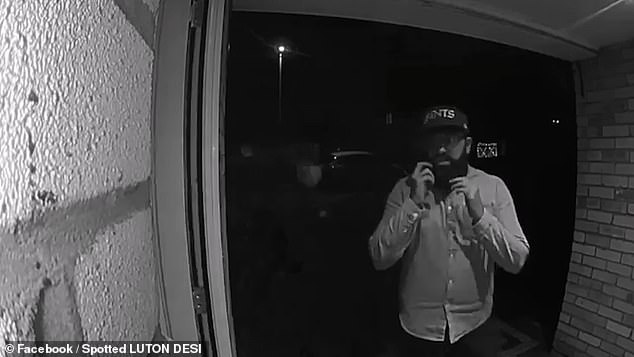