A WOMAN has revealed how she told her paedo stepdad he could keep abusing her if he left her younger sisters alone when she only 10 years old.

Elba Garrison, 48, and her four sisters claim they suffered years of horrific abuse at the hands of Luis Olivo in the 1980s. 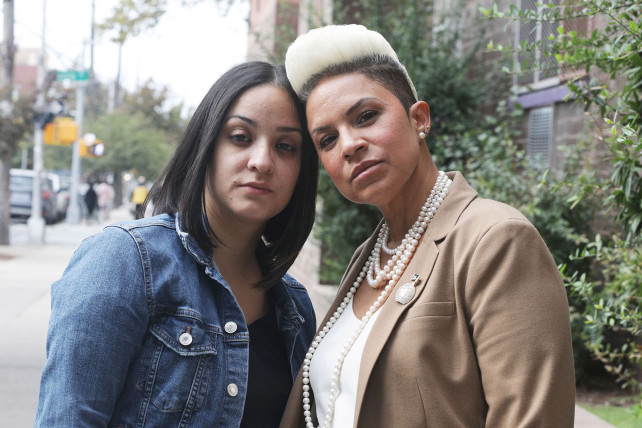 The sisters have broken their decades-long silence to accuse the recently convicted paedophile – who was once bailed out by a New York City charity- of abuse.

Elba told how she sacrificed herself to her monster stepdad when she was only 10 to protect her sisters.

She told the New York Post: "This has been killing me my whole life."

Elba added: "I really thought I was keeping my sisters safe."

Olivo molested a three-year-old boy October 2019, and was then released on $2,000 bail when the Bronx Freedom Fund picked up the tab.

He pleaded guilty in July 2019 and is now serving a five-year sentence.

The sisters have since told each other the full extent of the alleged abuse they suffered.

Elba added: "You don’t ever think anyone would ever believe you.

"But when we found out he had been arrested, we thought, ‘He really never changed, and there must be more victims.’"

The sisters alleged they were forced to perform sex acts on the sick man when he began living with their mum in Brooklyn around 1983.

Olivo and their mum broke up in 1992 and he left the home.

The sisters said they don’t believe their mother was aware of the alleged abuse at the time.

Kathy King, one of the sisters, claims Olivo starting abusing her when she was only nine before it escalated further.

The now 45-year-old alleged: "He raped me on my mother’s bed. … It happened multiple times."

Tahsha Hernandez, another sibling,said she was forced to perform a sex act on her father when she was six and eight years old.

Elba, who ran away from the home at 15, claims her stepdad molested her for several years.

Jocelyn Hernandez, 42, said Olivo started playing touching "games" with her when she was about five or six years old.

Heiddis Olivo, 35, added it took years for her to realise the "horsey" games weren't innocent.

Olivo pleaded guilty to his 2019 sex crimes and is serving a five-year sentence at the Marcy Correctional Facility in upstate Oneida County.

Heiddis said she tried to pursue criminal charges against her father but was told that the statute of limitations on the crimes against her had run out.

The Sun Online contacted the Bronx Freedom Fund and The Bail Project for a comment.