Cracking idea! Woman hatches three ducklings from eggs she bought at WAITROSE after putting them in an incubator as an experiment to pass time

A woman has spent her time during lockdown hatching three ducks which started life in a box of eggs on the shelf at Waitrose.

Charlie Lello, 29, from Hertfordshire, decided to incubate the Clarence Court duck eggs after seeing other people on Facebook doing something similar with quail eggs.

In a bid to pass the time after being furloughed from her job as an assistant manager in a shop, Ms Lello bought the eggs, took them home and placed them in an incubator. 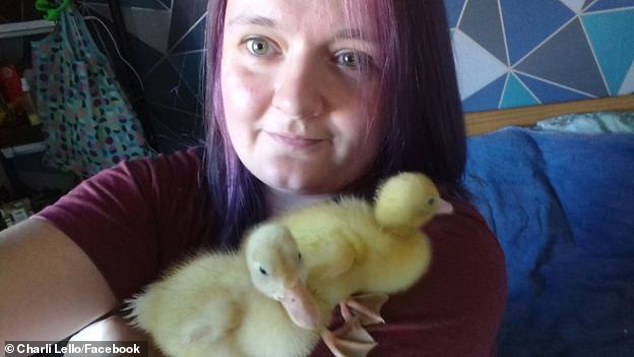 Charlie Lello, 29, from Hertfordshire, incubated duck eggs she bought from the shelves in Waitrose 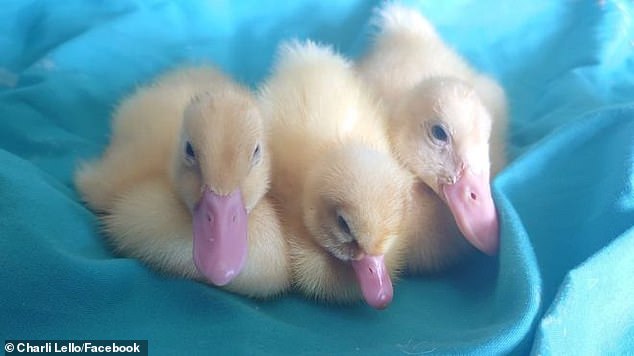 After a month the eggs hatched and Ms Lello has been taking care of the three ducklings called Meep, Beep and Peep

A month later the little Braddock White ducklings began to hatch and she has been taking care of them ever since.

The ducklings called Beep, Peep and Meep have become attached to Ms Lello, often snuggling into her neck together, and will live with her alongside her pet chickens.

Ms Lello told the BBC: ‘They have been collected, bashed around on a delivery truck, then rattled around on a trolley onto a shelf, picked up and put down by who knows how many people, so they still might not go all the way.’ 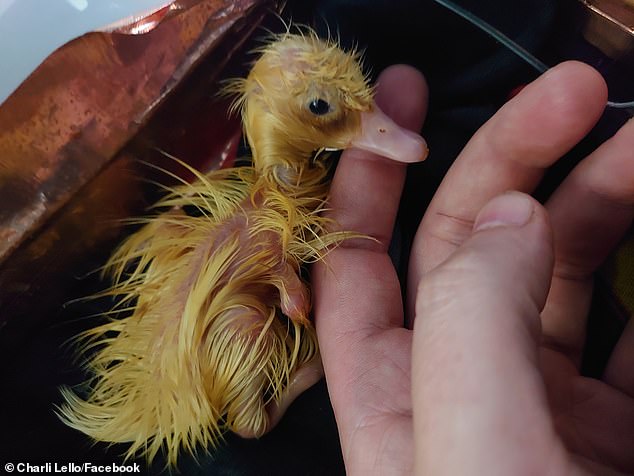 She said despite her excitement to see the ‘custest little balls of fluff’ hatch she would not do it again and warned her followers on Instagram of how hard it is to do.

A spokesperson for Waitrose said it is difficult for farmers to see whether a duck is male or female and it is possible that a male may have been put in with a group of females – resulting in the egg being fertilised.

They also added that it is safe for customers to eat fertilised eggs.

Clarence Court Farms said the odds of an egg hatching were ‘slim’ but ‘not impossible’.