COMEDIAN Jon Stewart has faced backlash after his comments about the Covid-19 outbreak.

Joining his friend Stephen Colbert on the Late Show he supported the lab-leak theory of Covid-19 that sees the virus originating in Wuhan, China, where the Wuhan Institute of Virology is.

What did Jon Stewart say about coronavirus?

When Stewart was asked what he thought about the science behind virus detection and prevention, he responded that "we owe a great deal of gratitude to science" as it has helped with the aftermath of the pandemic
"which was more than likely caused by science."

"Do you mean perhaps there's a chance that this was created in a lab?" Colbert asked.

"A chance? Stewart responded. "Oh my god, there's a novel respiratory coronavirus overtaking Wuhan, China, what do we do?

"Oh you know who we should ask? The Wuhan novel respiratory coronavirus lab.'

"The disease is the same name as the lab-that's just a little too weird!"

He continued by joking that the scientists claimed the pandemic began after a "pangolin kissed a turtle" or "a bat flew into the cloaca of a turkey and then it sneezed into my chili and now we all have coronavirus".

"There’s been an outbreak of chocolaty goodness near Hershey, Pa. What do you think happened?” he continued.

"Maybe a steam shovel mated with a cocoa bean?" 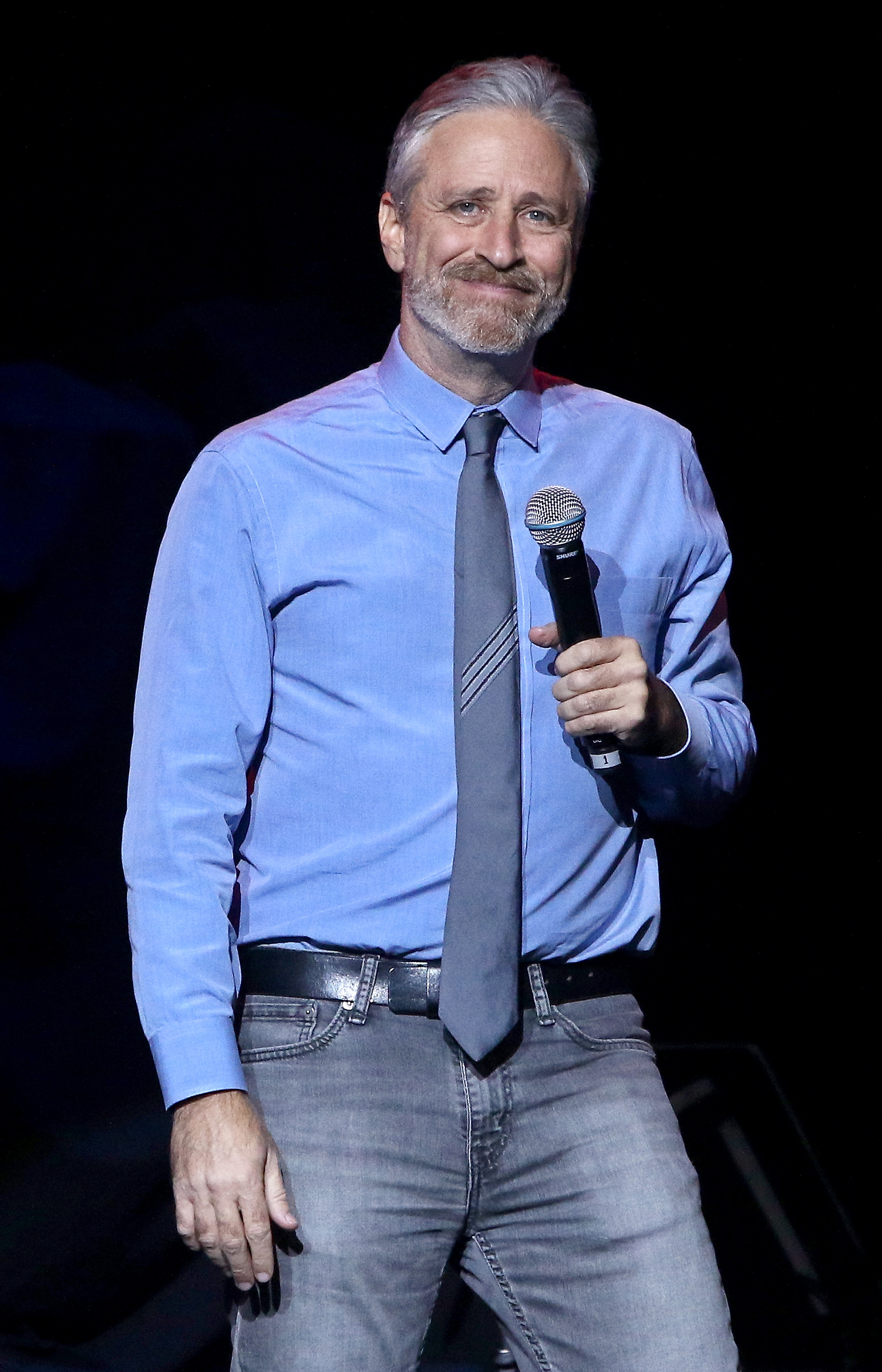 What other comments has Jon Stewart received backlash for?

It is not the first time the outspoken comedian has been criticized about his comments.

Back in 2019, he was credited with breaking a Senate deadlock over a bill to provide health care and benefits for 9/11 emergency workers when the bill passed three days after he featured a group of responders on the show.

In a moving video in June 2019, Stewart described the congress' treatment of the responders to the deadly terrorist attack as "utterly unacceptable" at a nearly empty House Judiciary Committee, which was also attended by first responders and victims.

He said: "Behind me a full room of 9/11 first responders and in front of me a nearly empty Congress.

“Sick and dying, they brought themselves down here to speak to no one.

"Shameful. It is an embarrassment to the country and it is a stain on this institution.”

Stewart has criticised Congress for continuing to require the fund be renewed every five years, pointing out that responders "riddled with cancer" are forced to fight for what they are entitled to.

"I’m pretty sure what’s going to happen five years from now, more of these men and women are going to get sick and they are going to die and I am awfully tired of hearing that it’s a 9/11 New York issue," Stewart said.