Wedding firms and couples planning to tie the knot this summer have been plunged into chaos amid fears ‘Freedom Day’ could be delayed.

Those getting married face losing tens of thousands of pounds, while businesses already on the brink warn that it will be ‘disastrous’ if big ceremonies are not allowed to go ahead later this month and in July.

The wedding sector faces estimated revenue losses of more than £1.3billion if current restrictions are extended by even just four weeks, according to industry body the UK Weddings Taskforce.

Confusion around existing restrictions is adding to couples’ desperation as councils set their own rules for ceremonies. 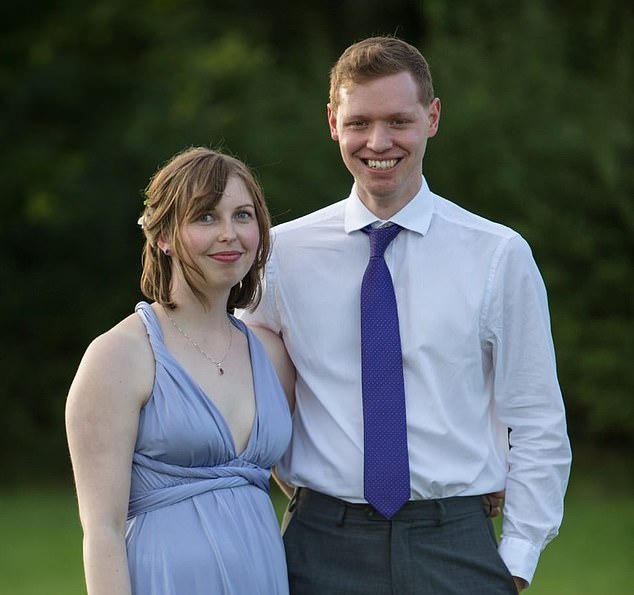 Wedding firms and couples planning to tie the knot this summer have been plunged into chaos amid fears ‘Freedom Day’ – planned for June 21 – could be delayed. Pictured: Tom Woof and Abi Shaw are hoping to get married on July 10. But the couple, from Didsbury, Manchester, face an anxious wait to see if their 130-guest ceremony can go ahead

A Money Mail investigation found that an estimated 1,133 tons of food ordered in advance could have to be thrown away. And around 300 tons of flowers and foliage could also be wasted in a major blow for the 8,000 floristry businesses in the UK.

Current coronavirus restrictions mean that weddings in England are limited to 30 guests. The cap rises to 100 in some parts of Scotland from today, and 50 can attend outside ceremonies in Wales.

Boris Johnson had previously said that all limits would be scrapped on June 21 as part of Britain’s roadmap out of lockdown. But new variants of the virus have threatened to derail the plan.

An official update for the wedding industry had been promised on May 24.

But this has been pushed back to as late as June 14, giving some couples just seven days’ notice to drastically scale back their plans if necessary.

A Government source said a decision on whether to relax restrictions will be considered in the round with all other limits on gatherings, despite pleas from the wedding sector for urgent clarity.

Businesses fear any move to delay allowing bigger ceremonies would destroy confidence in the sector and lead to even more postponements through the summer – the busiest time of the year for weddings.

Earlier this week Siobhan Baillie, the Tory MP for Stroud, and the UK Weddings Taskforce wrote to the Prime Minister to ask for ‘urgent confirmation’ that weddings will be able to go ahead as planned.

Around 50,000 weddings are set to take place in the first four weeks after June 21, the taskforce said.

Those couples now face an impossible choice over whether to slash their guest list at the last minute or postpone yet again – many for the third or fourth time.

Sarah Haywood, from the taskforce, said: ‘Weddings have a huge ramp-up time. Couples can’t just wait around to see what the Government decides. 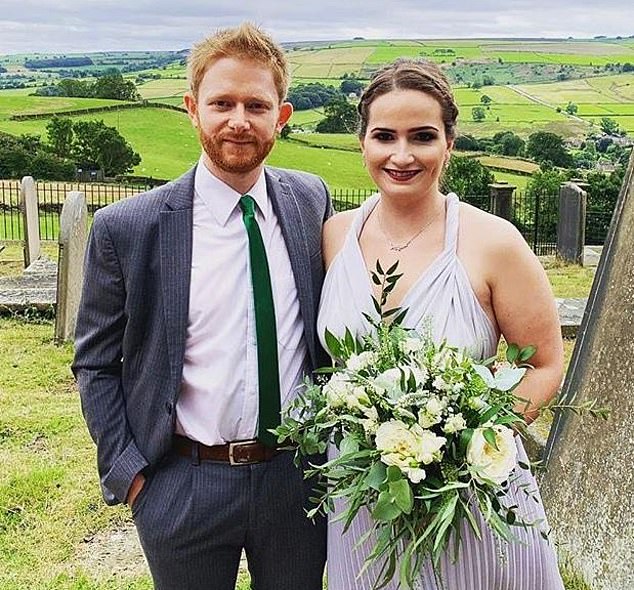 Frontline worker: Nurse Rose North, 30, with her partner Dane Knowles, 33. The wedding sector faces estimated revenue losses of more than £1.3billion if current restrictions are extended by even just four weeks, according to industry body the UK Weddings Taskforce

Our big days are hanging in limbo

By Helena Kelly and Fiona Parker for the Daily Mail

For ICU nurse Rose North, her planned summer wedding was the light at the end of the tunnel after a year fighting on the front line.

The 30-year-old was forced to postpone her ceremony last year but had hoped restrictions would have ended by this summer.

Now she must wait to see if the Government will allow her 85-person wedding at Deighton Lodge in York on June 26 – or she will have to reduce her guest list to 30 at a week’s notice.

Miss North, from Rotherham, South Yorkshire, said: ‘This last year has been absolutely horrific and all I’ve had to look forward to is my wedding day.’ She and her partner Dane Knowles, 33, have been together for 12 years and got engaged in 2016.

Meanwhile, Tom Woof and Abi Shaw are hoping to have their 130-guest wedding at Arlingham church in Gloucestershire on July 10.

But Mr Woof, 30, and Miss Shaw, 29, from Didsbury, Manchester, will have to postpone for a second time if restrictions are extended.

Mr Woof, a civil servant, said: ‘We’re hanging in limbo,’ adding: ‘We both have elderly relatives and if we have to delay again we don’t know who will still be able to make it in a year’s time. We both have big families so a small wedding isn’t an option.’

They have to order all their flowers and food at least 30 days before the event. If they suddenly have to scale back their ceremonies, that is thousands of pounds worth of losses.’

Caterer Peter Vaughan, who runs Vaughan’s Kitchen in Devizes, Wiltshire, said: ‘If we find out at the last minute that they can’t go ahead after June 21, the whole industry will suffer – not least the food producers.’

Mark Laurie, director of the Nationwide Caterers Association, said: ‘The potential for food waste will be shocking. Financially, a delay will be disastrous for many small businesses who are on their last legs already.’

Duncan Clark, from wedding venue Braxted Park, near Great Braxted, Essex, stands to lose £300,000 if the roadmap is delayed even by a few weeks. ‘If we miss June 21 there is no doubt there will be an avalanche of business closures,’ he said.

Money Mail also found that some local authorities are imposing their own restrictions on weddings such as banning confetti, not allowing couples to use the toilets on site and limiting ceremonies to just four guests. Wedding planner Jessie Westwood, who runs Studio Sorores in the Cotswolds, said: ‘We hear all the time of councils telling brides they can’t let their fathers walk them down the aisles.’

Meanwhile, record demand means many venues are already booked up until 2023, and some registrars are being called out of retirement to cope with an enormous backlog of couples waiting to get married. Those in the industry fear that any delay now will spark another cancellation frenzy, like the one seen last year.

There were an estimated 320,000 weddings postponed in 2020 and around 825,000 now scheduled to happen in the first 24 months of unrestricted trading.

A government spokesman said: ‘We have already issued straightforward, clear and accessible guidance for those holding weddings and receptions under current guidelines and continue to work closely with the sector.’