Like scenes out of Top Gun, The Sun cheered Navy and RAF jets as they roared off the flight deck of HMS Queen Elizabeth to target IS in Iraq. 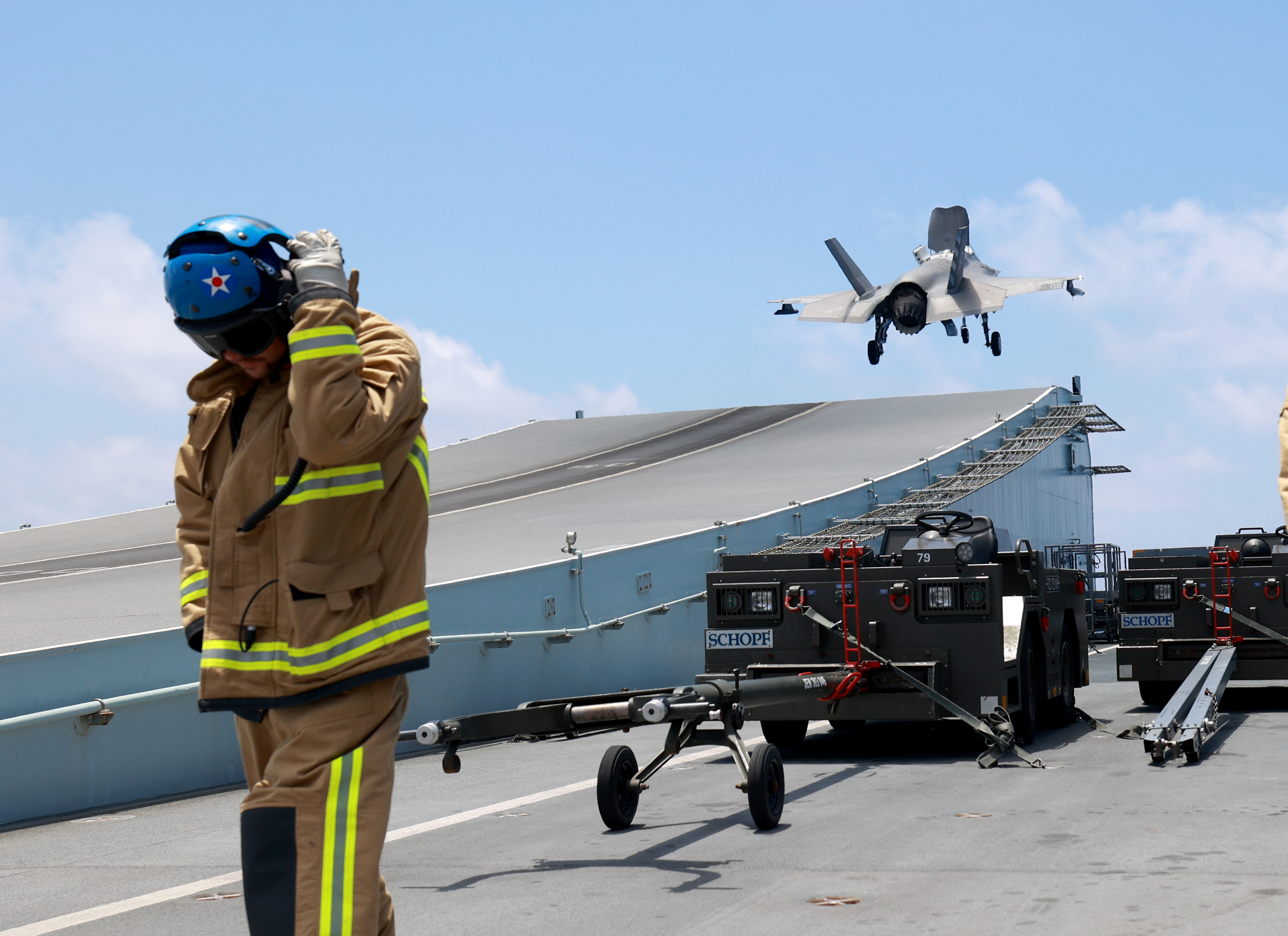 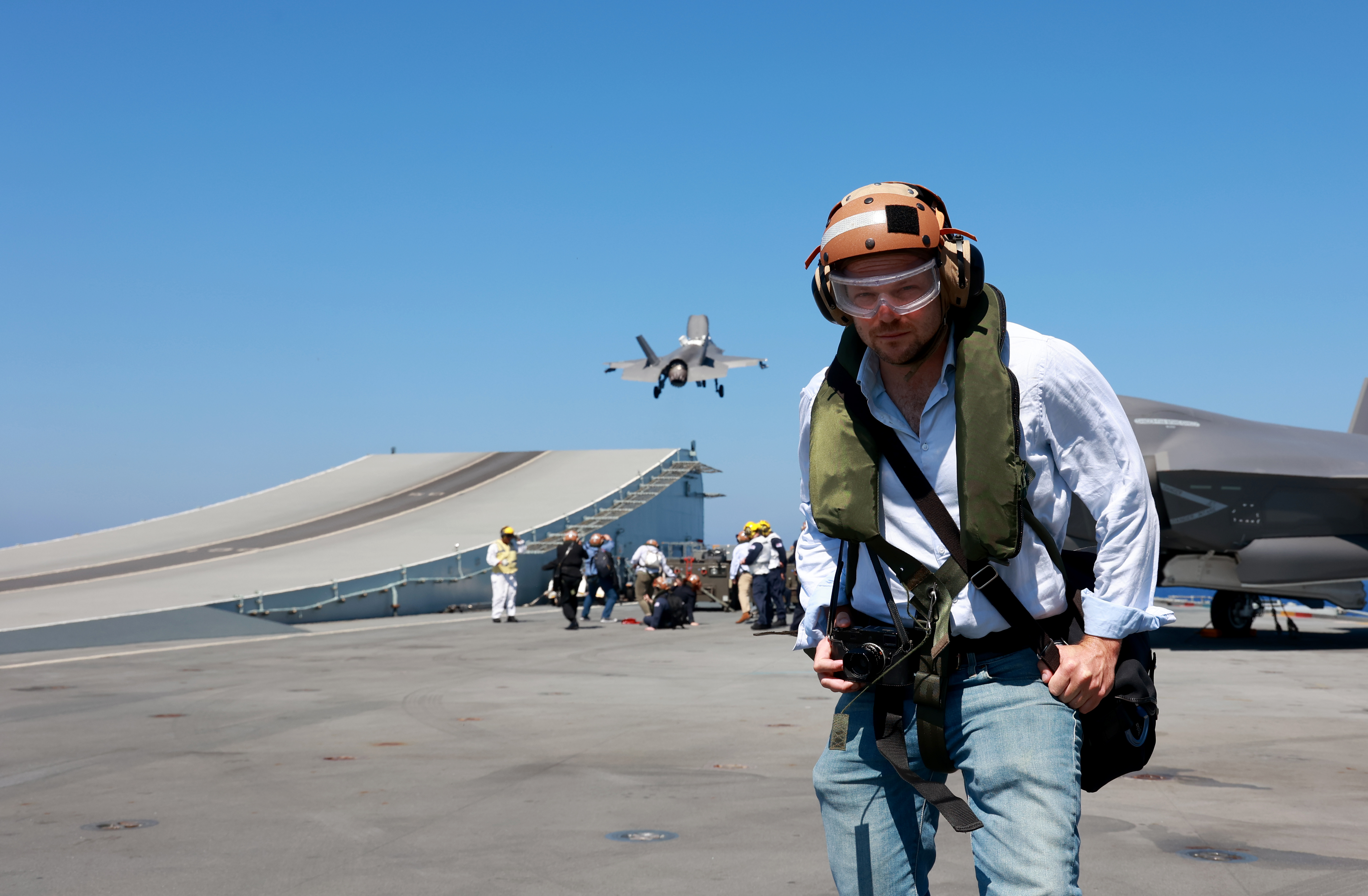 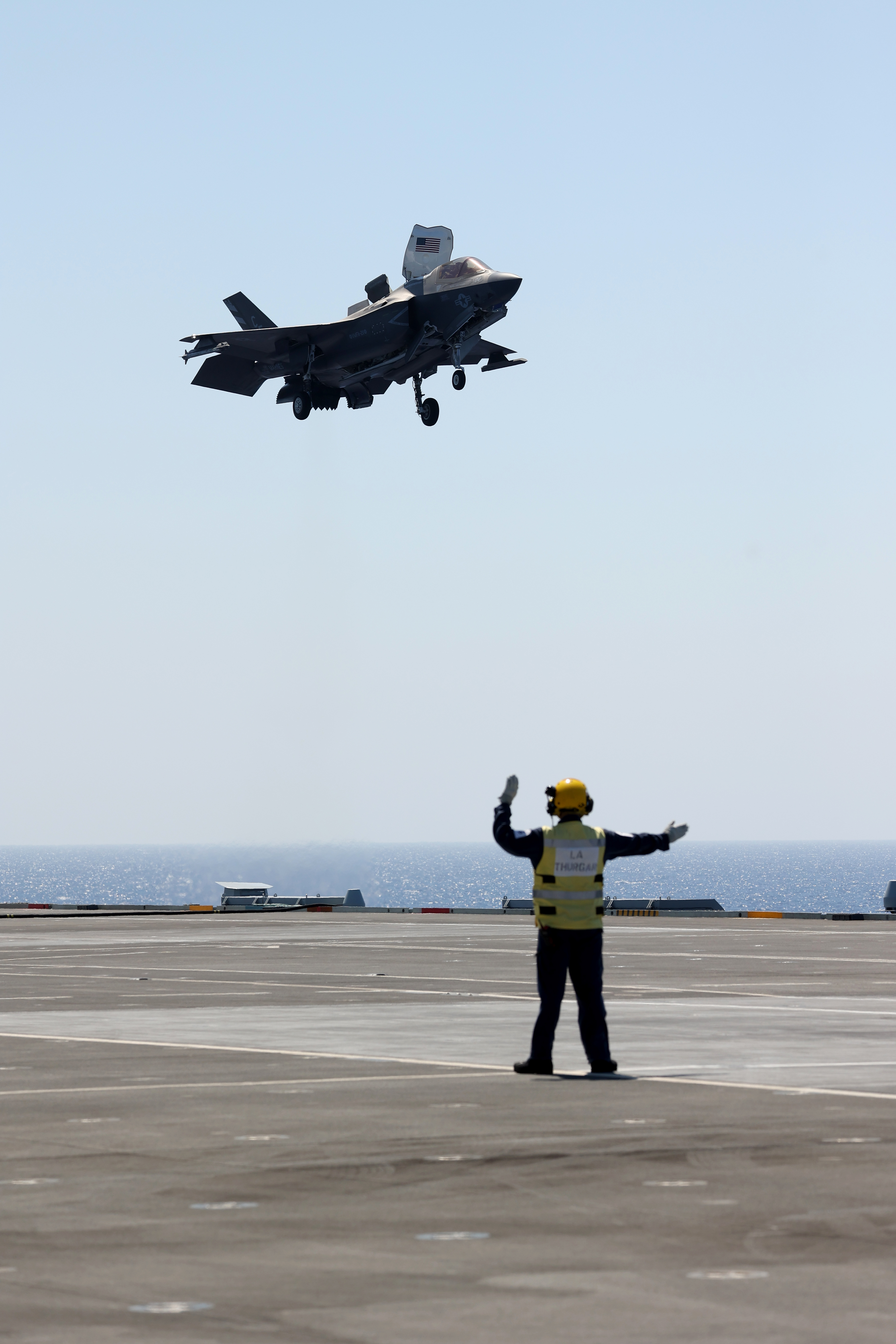 It was the first time British warplanes have launched combat sorties from an aircraft carrier since Harriers bombed the Balkans in the ’90s.

The £3.2billion, 65,000-ton vessel has eight UK and ten US F-35Bs on board as she leads the most powerful Naval flotilla to set sail from Britain since the Falklands War.

It is patrolling the Med and as jets take off they are buzzed by MiGs scrambled from Syrian bases.

Commodore Steve Moorhouse said the British Lightnings — which cost £26,000 an hour to fly — are doing most of the missions, adding: “It’s a fantastic feather in our cap.”

Sorties include hunting other aircraft, such as drones, and supporting soldiers on the ground. 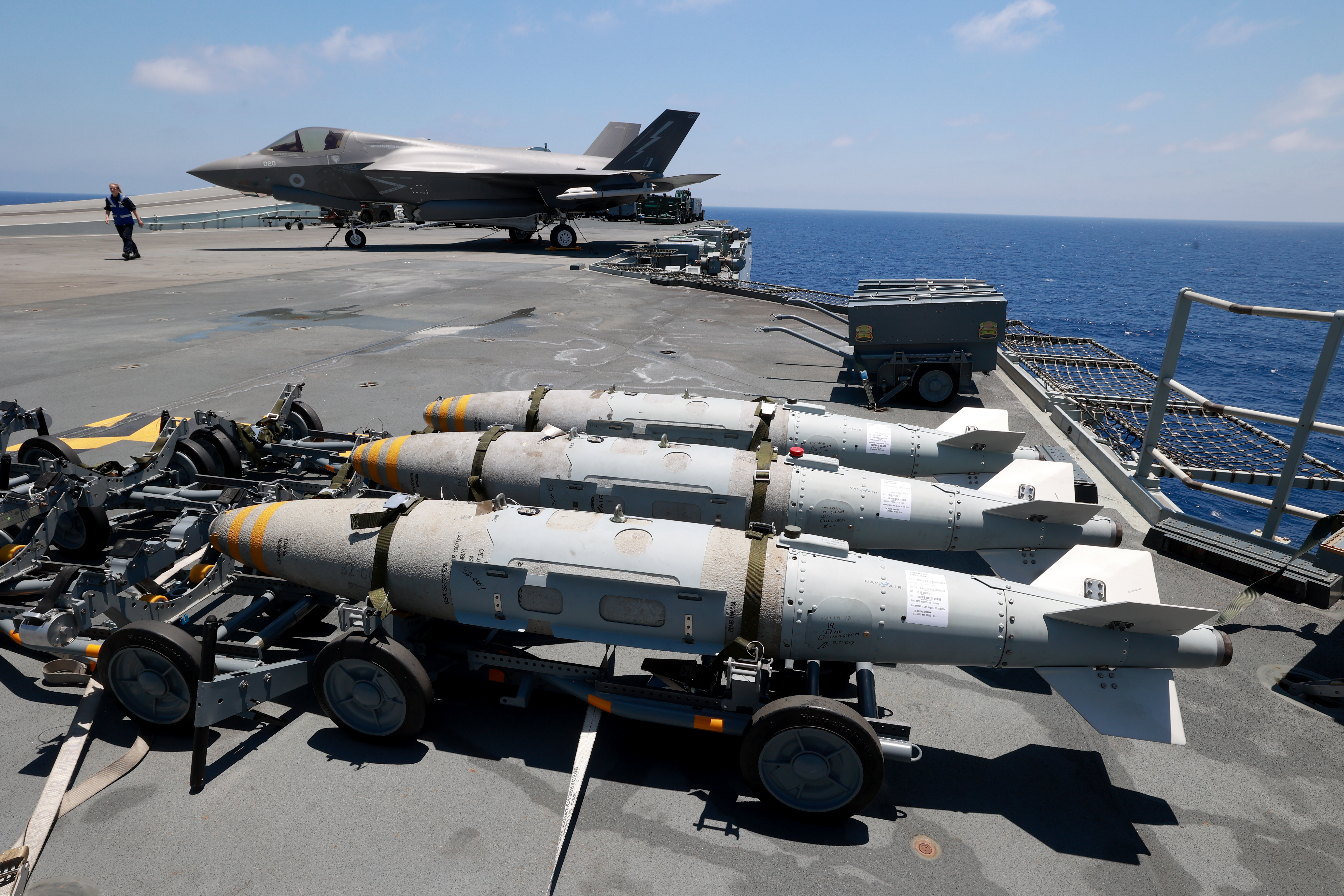 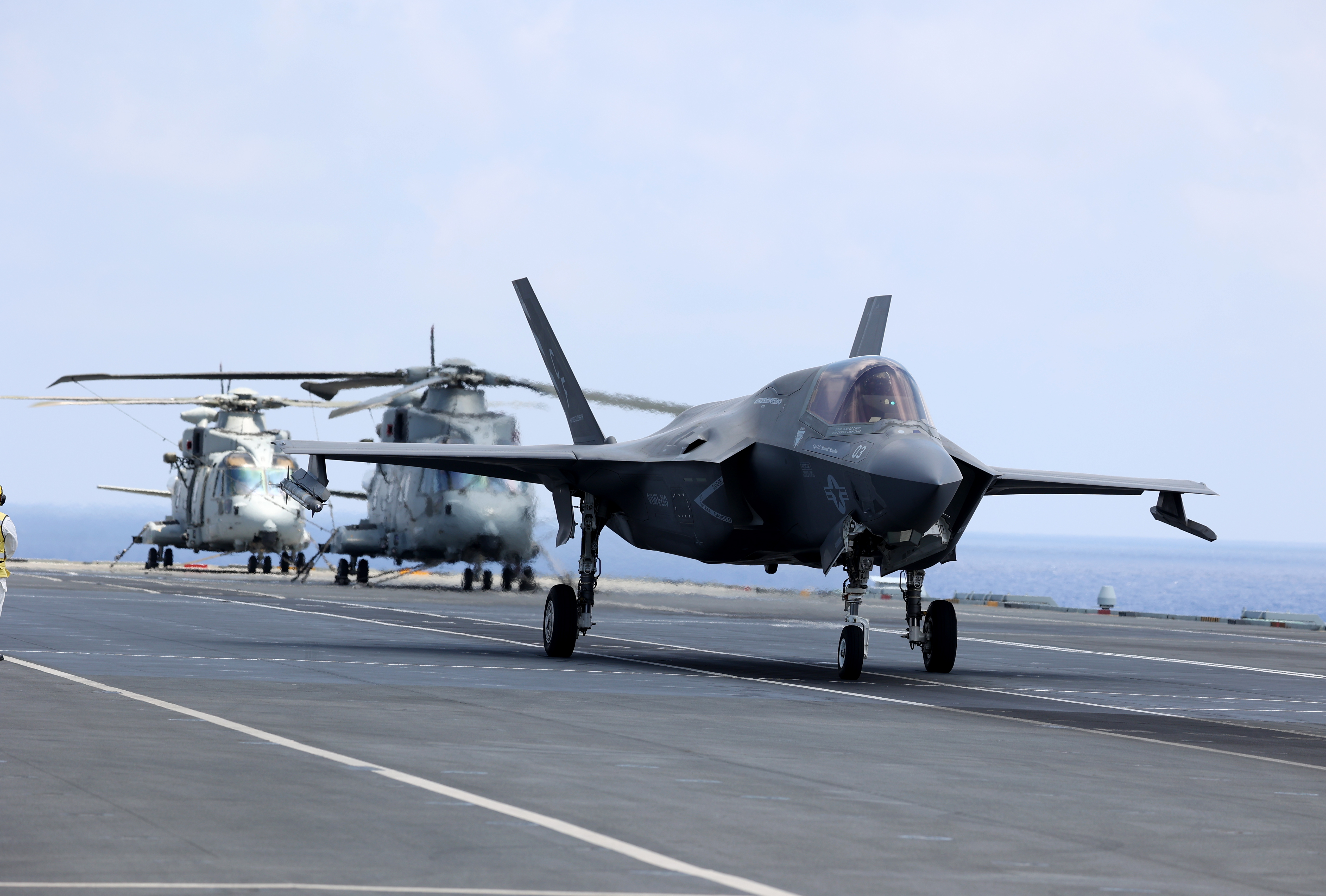 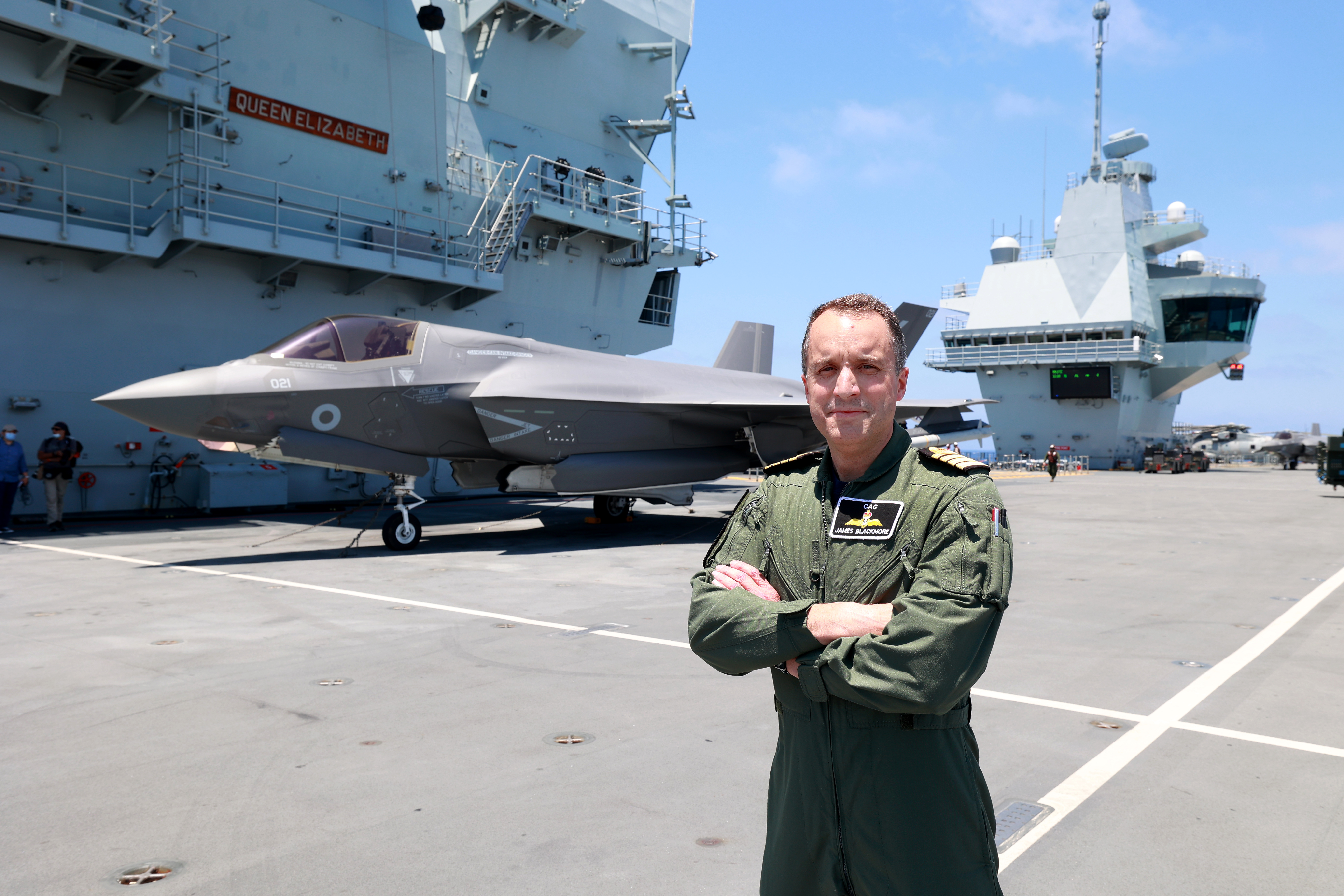