DOG owners in Wales are being warned of a "starfish apocalypse" as thousands of dead and dying starfish have washed up on a beach before the bank holiday weekend.

The sea creatures, which are believed to be brought ashore at Colwyn Bay in North Wales by the bad weather, can be toxic to dogs. 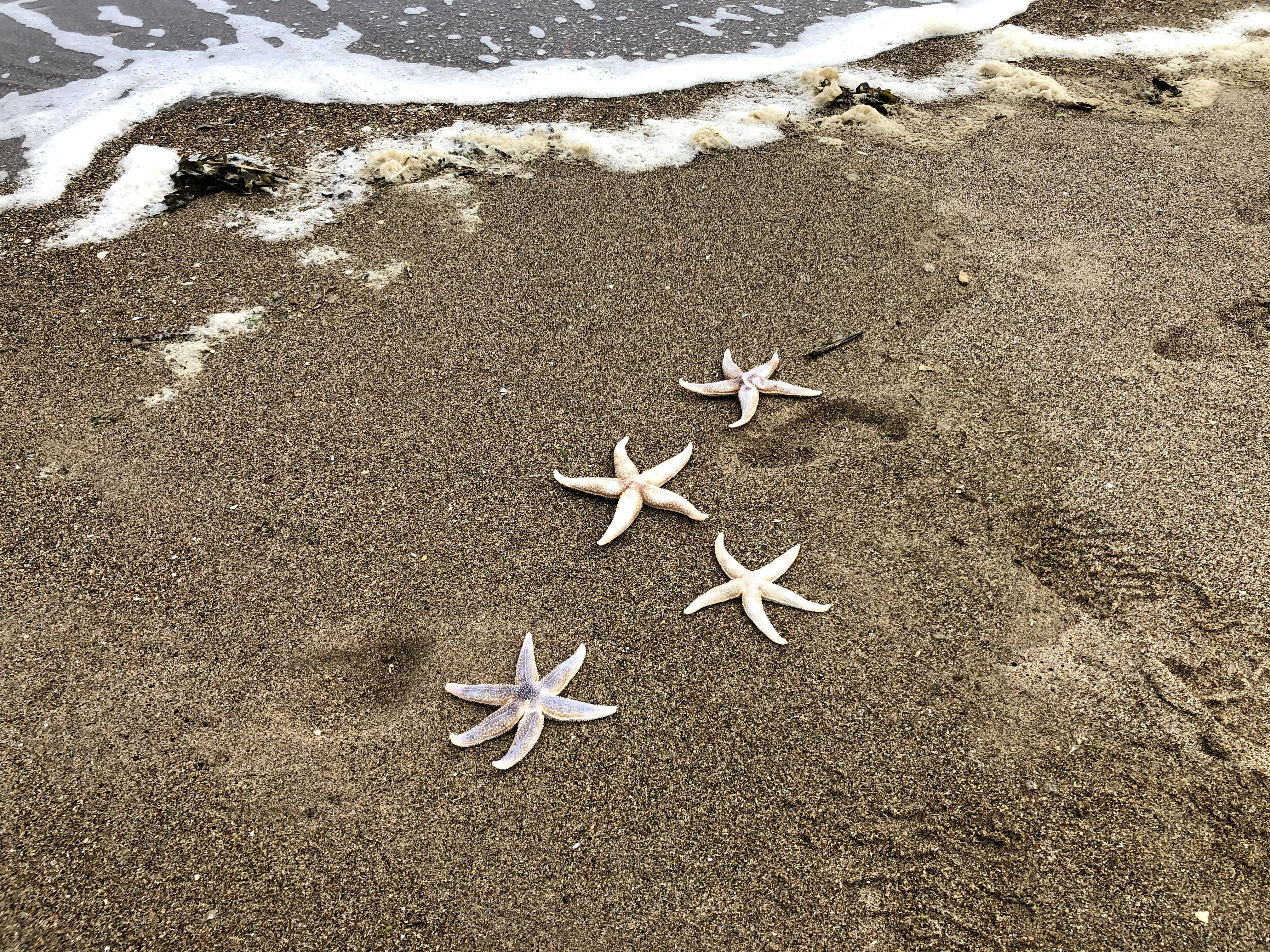 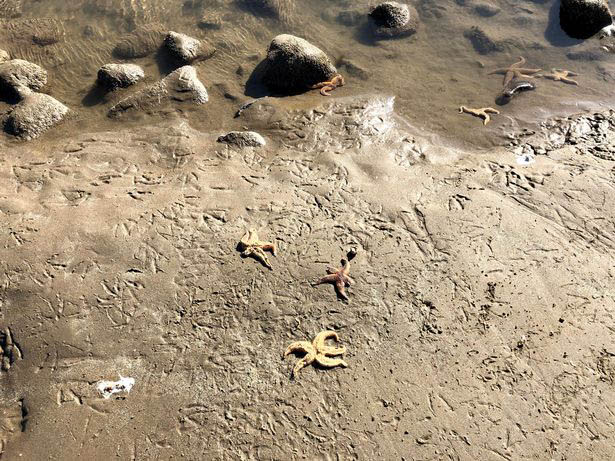 A member of the public spotted "a few hundred, maybe up to 500 or more" starfish stretched out on the shore as far as the eye could see.

They were scattered along the beach between Porth Eirias in Colwyn Bay and the Rainbow Bridge in Llanddulas.

Many were described to be quite large and up to six to eight inches across.

The walker said: "There were hundreds and I took a few pictures of what I can only describe as a 'starfish apocalypse'.

"They can be toxic to dogs and there are many dog walkers in Colwyn Bay that may need to be made aware."

A spokesperson said: "Starfish live on rocky reefs. Really strong currents and choppy waters will dislodge them and the tide will carry them in."

Starfish are toxic and can be deadly if eaten by dogs.

This is because some contain paralytic shellfish poison (PSP) – a naturally occurring marine biotoxin.

It comes after thousands of starfish washed up along the Merseyside coastline in March, prompting a local woman to post on Facebook how one made her dog sick.

Nina Grant's springer became sick after they walked along the sand littered with starfish .

She said: "Hi all. Just a warning re the starfish that are washed up near the Gunsite.

"They're toxic to dogs. I had no idea and my springer is now at the vets very ill after eating one. Please share with any dog owners that you know.

Broadway Vets in Wallasey, Liverpool confirmed they had seen cases of dogs swallowing starfish, saying they'd have to be made to vomit after ingesting the substance.

In January 2018, the Eastern Inshore Fisheries and Conservation Authority said it was "highly likely" two dog deaths were a result of paralytic shellfish poisoning after eating starfish that had washed up on beaches in Norfolk and Suffolk.

HOW ARE STARFISH POISONOUS?

How are starfish harmful for your dogs and what should you do if they consume or ingest one.

If your dog is chewing and ingesting a starfish, it can cause oral irritation and upset stomach which can lead to vomiting and diarrhea.

It affects the nervous system causing weakness and paralysis, with high levels of PSP even causing death.

If you have concerns about your dog chewing and ingesting a starfish, contact your vet immediately. 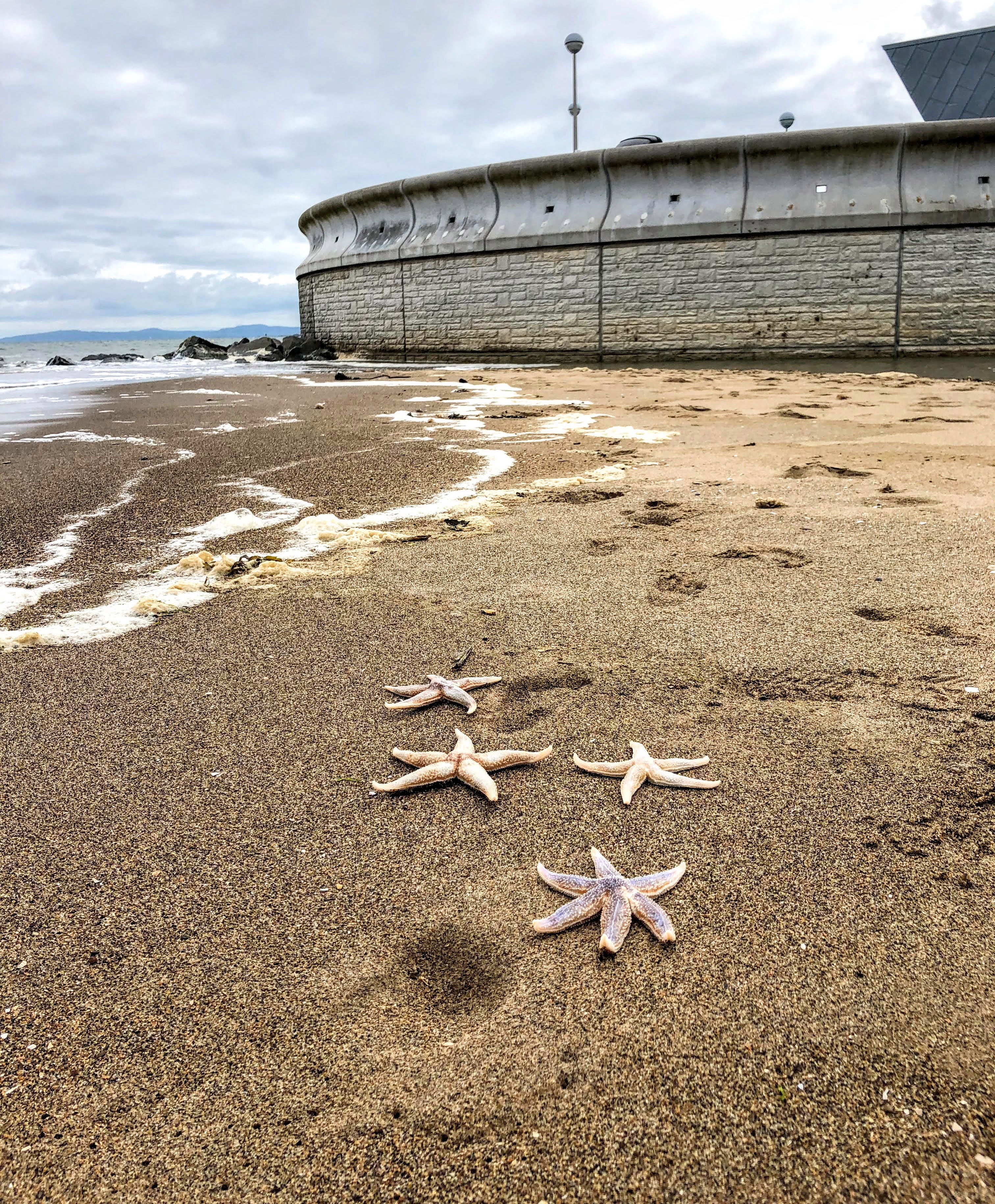