A WAITRESS who was stiffed out of a $2,000 tip has finally been paid by her boss who said the money was a "Christmas gift."

Emily Bauer had been left a large sum of money by a customer during her shift at Red Hook Seafood and Bar in San Antonio, Texas. 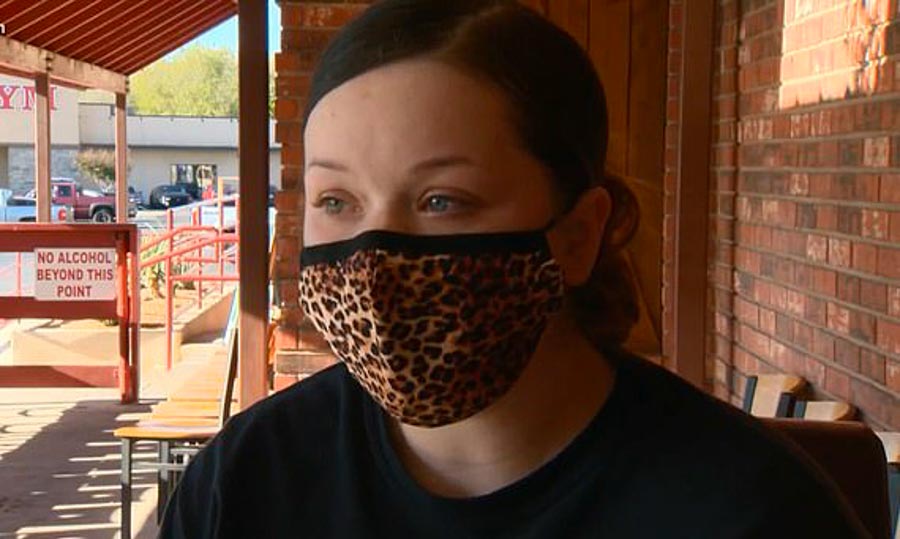 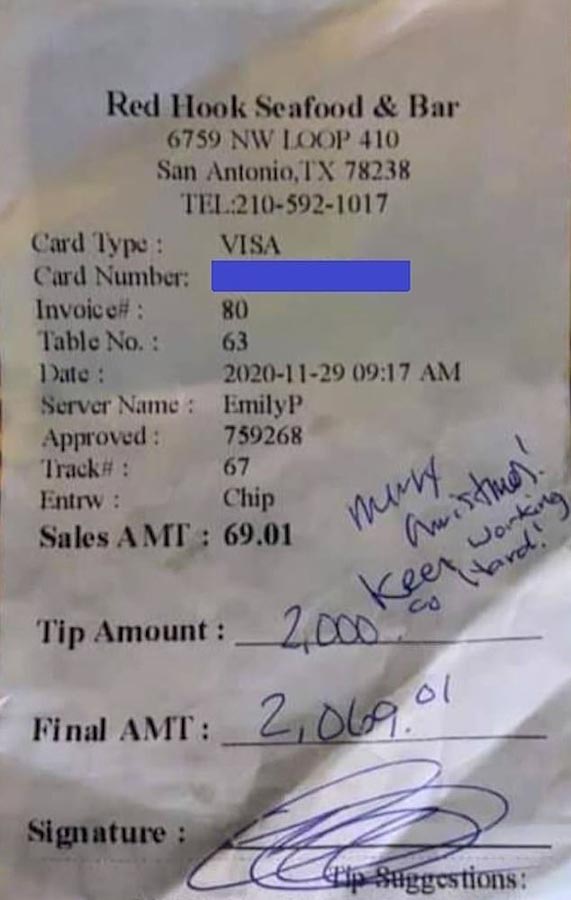 However, she never received the tip at the end of her waitressing shift on November 29 as her bosses claimed the amount of money was too high to process.

The receipt for the customer's $69.01 bill read: “Merry Christmas” and “Keep working hard!”

On Thursday, John Cheng – the owner of the restaurant – agreed to give Bauer $2,000 of his own money.

He told KENS5: "It's Christmas time, and everybody is struggling.

"I'm ready to give it to her as a Christmas gift."

Bauer expressed her happiness to the news outlet, saying: "The fact that the owner of my job is willing to give it to me, even though it wasn't his mess-up, I can't thank him enough for that."

Cheng's generous gift comes as Redhook Seafood posted to Facebook this week thanking all of their loyal customers for being on their side.

They also slammed the media for not sharing all the details. 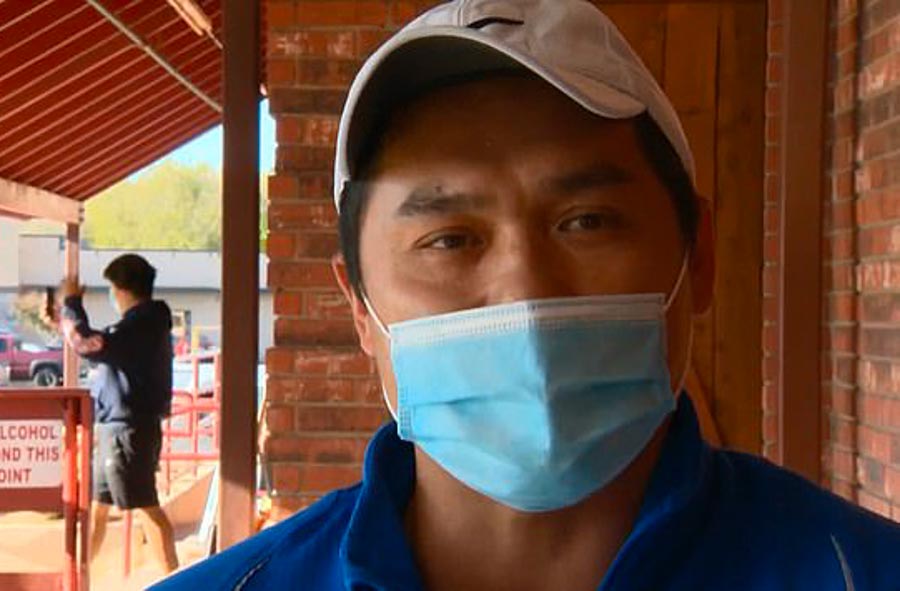 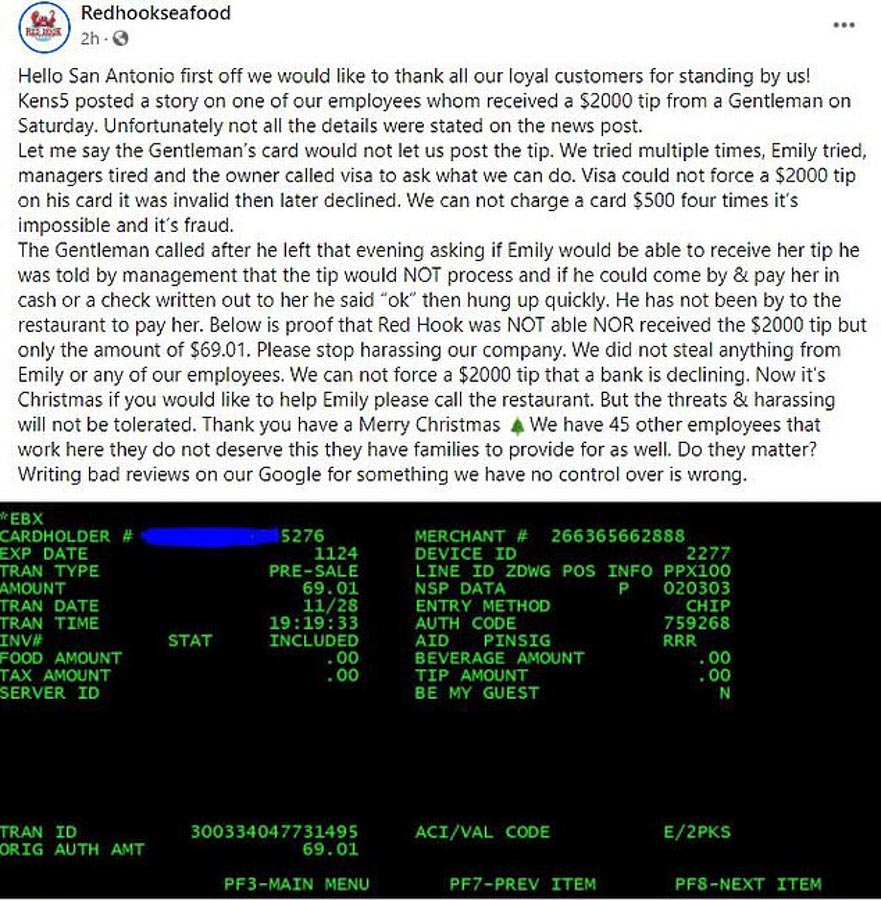 The company wrote: “We tried multiple times, Emily tried, managers tried and the [restaurant] owner called Visa to ask what we can do.

“Visa could not force a $2,000 tip on his card. It was invalid, then later declined. We can not charge a card $500 four times. It’s impossible and it’s fraud.

“Please stop harassing our company. We did not steal anything from Emily or any of our employees.”

The man who left the tip remains unknown, however, he did call the restaurant to check if Bauer had gotten her tip.

The general manager who spoke with the customer was unable to write down the man's information.

He told KENS5: "I told him to come back to the store because we were unable to process the payment.

"He said, ‘OK’ and immediately hung up before I could say anything."