‘Vile’ drunken woman, 22, is spared jail after punching police officer and leaping over A&E reception desk to assault nurse, destroy computer and threaten to ‘stab staff with knives and forks’

A ‘vile’ woman who launched a violent drunken assault on a nurse and police officer, causing havoc in a hospital A&E has been spared jail.

Jamie Tompkins, 22, had been picked up by police while drunk in Portsmouth, Hampshire, before she punched PC Benjamin White.

She had to be taken to the Queen Alexandra Hospital after an old injury she had started to bleed.

When she got there she leaped over the reception desk, destroyed a computer and assaulted nurse Debbie Johnstone.

She threatened to stab other members of staff with ‘knives and forks’ before she was restrained, Portsmouth Magistrates Court was told.

Tompkins, of Portsmouth, was given a 16-week prison sentence suspended for two months for two counts of assaulting an emergency worker, threatening abuse and behaviour with intent to cause violence and criminal damage. 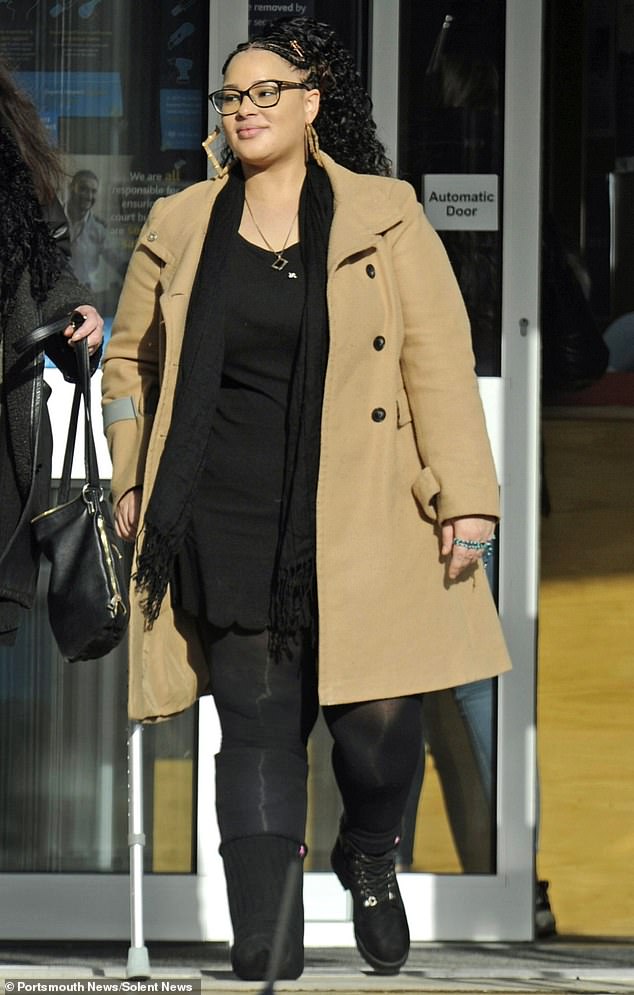 Jamie Tompkins, 22, is seen leaving Portsmouth Magistrates Court this week after being spared jail for an assault on a police officer and a nurse

The officer in charge of the case, PC Simon Collins, told magistrates this week: ‘Tompkins’ behaviour that night was vile towards two members of hospital staff who were simply trying to help her.’

Prosecutor Lucy Linington said: ‘She jumped over the reception desk causing damage to a printer and a computer screen. She then proceeded to assault nurse Debbie Johnstone.’

The court heard Tompkins swore at Johnstone during the Boxing Day assault before ‘threatening to stab’ staff member Patricia Smith with ‘knives and forks’.

In a victim statement Ms Johnstone, who has worked Queen Alexandra Hospital for 16 years, said ‘it was the worst behaviour she had ever seen’. 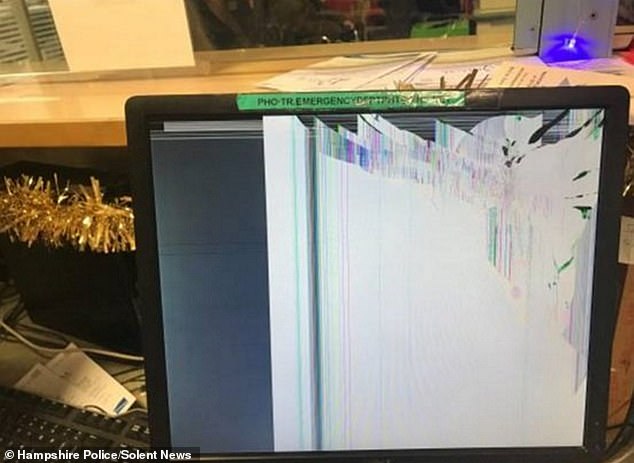 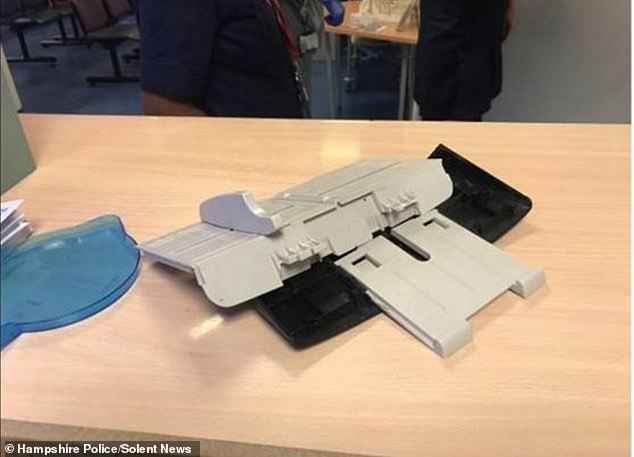 Portsmouth NHS Trust chief executive Mark Cubbon wrote a letter to the court to explain the damaging impact of violence on staff.

In the letter, he said: ‘It is never acceptable to assume that assaults upon our NHS staff should be tolerated; it is not simply ‘part of the job’.

‘The nature of our work requires members of staff to deal with difficult, emotional, challenging and sensitive situations. Assaults upon them are serious and unacceptable.

‘On a personal basis, staff suffer not just physical injuries, but also the psychological effects.

‘Many who have been assaulted subsequently find the prospect of dealing with patients challenging or traumatic.’

She must pay £400 in compensation with £100 each to PC White and Ms Johnstone, and £200 to the hospital for the NHS equipment damaged. 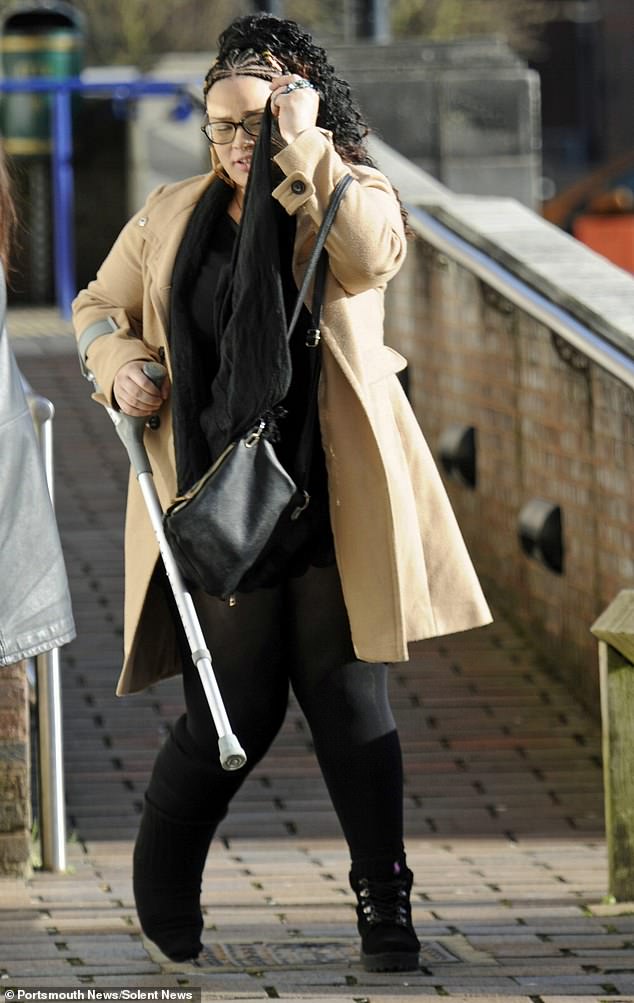 Tompkins (pictured) must pay £400 in compensation with £100 each to PC White and Ms Johnstone, and £200 to the hospital for the NHS equipment damaged