Just 1% of hospital beds are taken by Covid patients: Vaccine drive has ‘flipped the age distribution’ of the virus, says NHS chief

Thanks to vaccines, just one in 100 hospital beds is now taken by Covid-19 patients.

‘Now it has flipped to 30/70, so it’s about 30 per cent occupied by people aged 65, and over 70 per cent by younger people whose [survival] prospects are much greater.’ 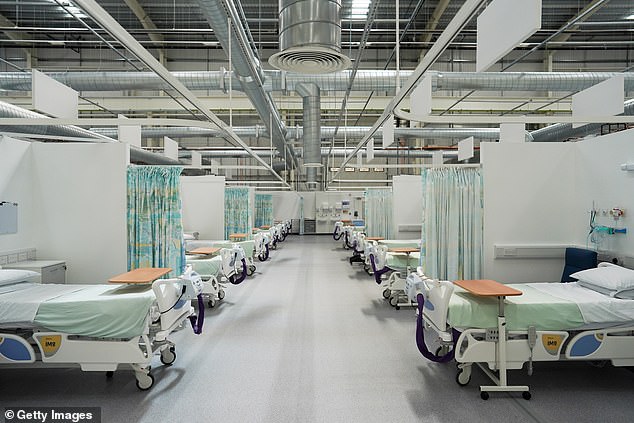 Thanks to vaccines, there are 1,030 just Covid-19 patients in hospital in England – down from a peak of 34,336 on January 18 (pictured: file photo of Nightingale North East hospital)

In further good news, Sir Simon said the NHS was ‘gearing up’ for the arrival of new Covid treatments, expected within ‘several months’.

It is hoped the drugs – neutralising monoclonal antibodies – will cut hospital cases and deaths and reduce pressure on staff working to clear record waiting lists of five million patients.

Sir Simon said: ‘We expect that we will begin to see further therapies that will actually treat coronavirus and prevent severe illness and death.

‘Today I’m asking the health service to gear up for what are likely to be a new category of such treatments, so-called neutralising monoclonal antibodies, which are potentially going to become available to us within the next several months.

‘But in order to be able to administer them, we’re going to need community services that are able to deliver through regional networks this type of infusion in patients before they are hospitalised, typically within a three-day window from the date of infection.

‘We are setting out a set of asks as to how to bring that about in each integrated care system so that as and when the treatments become available to us, they can immediately begin to be deployed.’ 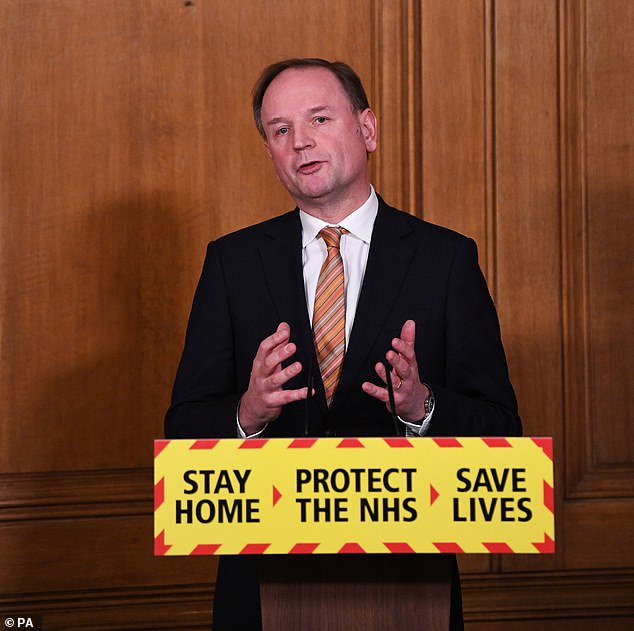 Sir Simon, who will shortly leave his post, said the NHS is working hard to clear the backlog of care but suggested it needs more funding to achieve it.

He told the conference: ‘The truth is, in the health service we know how to do this, we have done this successfully once before in the big effort to take waits out of the system, in the early 2000s.

‘Obviously these are different circumstances, but when the health service is given the backing and gets the tools it needs, we can deliver against what is required.’

Sir Simon also called for ‘comprehensive social care reform’ that addresses the ‘lottery of life’ that sees dementia patients forced to fund their own care while others are treated for free.

Matthew Taylor, chief executive of the NHS Confederation, told the conference that the pandemic ‘turned the cracks in our health and social care systems into dangerous fault lines’.

He added: ‘Now, we must commit to building a truly resilient health and care system.

‘Without reform and funding we cannot recover, let alone rebuild.

‘But that truth should not reduce us to a narrative in which the NHS is always the supplicant holding out a bottomless begging bowl to the Government and taxpayer.’