A University of Kentucky medical student who was breaking in a new pair of boots ahead of an upcoming hiking trip with her friends has been found dead after falling off a 150-foot cliff, search and rescue officials say.

The 24-year-old, identified as Gabriella Smith of Alexandria, was located Tuesday in the Red River Gorge Geological Area, according to Powell County Search and Rescue.

“She was taking videos of her surroundings and from the video you could see she was on the edge,” Lisa Johnson, a spokesperson for the nonprofit rescue agency, told Fox News. 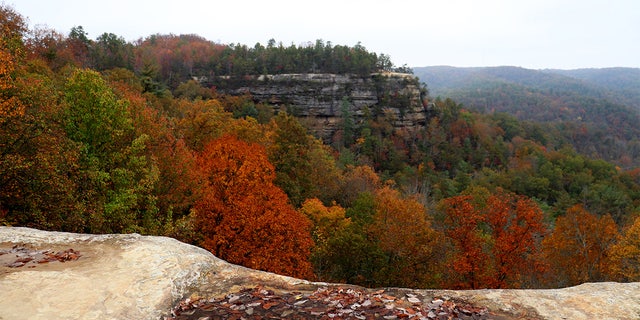 The Red River Gorge Geological Area in Kentucky, where Smith was found.
(iStock)

Johnson added that a clip Smith posted on Snapchat helped her group determine the location where she fell.

“Team members were able to ping both her phone and watch to get GPS coordinates,” Powell County Search and Rescue said in a statement. “We did not get the results that we wanted. She was located at the bottom of a 150′ cliff and did not survive the fall.”

Johnson described the terrain where Smith was found as “very, very thick with growth.”

“Right now it’s very slippery. It had been raining that day she was up there because that night in the same area we had to rescue another hiker that fell off a cliff,” she added. “But he survived. We did not know she was up there when we got him out.”

HIKER KILLED AFTER FALLING FROM 80-FOOT CLIFF IN UTAH

Johnson, citing conversations she had with Gabriella’s mother during the search efforts, also told Fox News she learned from her that the second-year student was breaking in a new pair of hiking boots in preparation for an upcoming trip with friends.

“She did everything that she should have done to be hiking alone,” the mother, Kerensa Smith, told WLWT. “She let everybody know where she was going, which trail she was going on, what time she was going into the trails.”

The station reports that the family believes Smith slipped on a loose rock by accident.

“It’s tragic. That’s really the only words I can come up with,” said her father, Randy Smith.

“It was also a reminder as a parent to never pass up that opportunity to talk to your kids and tell them you love them,” he added in an interview with WLWT.

The University of Kentucky described Smith as “kind, devoted student, and we will miss having her on our campus.

“This is a tragic loss for our college community, especially for our medical students,” it added.