ENGLAND and Wales are set for glorious sunshine today – though Northern Ireland and Scotland will be hit by rain.

It comes before a midweek temperature plunge with the mercury expected to drop by at least 10C. 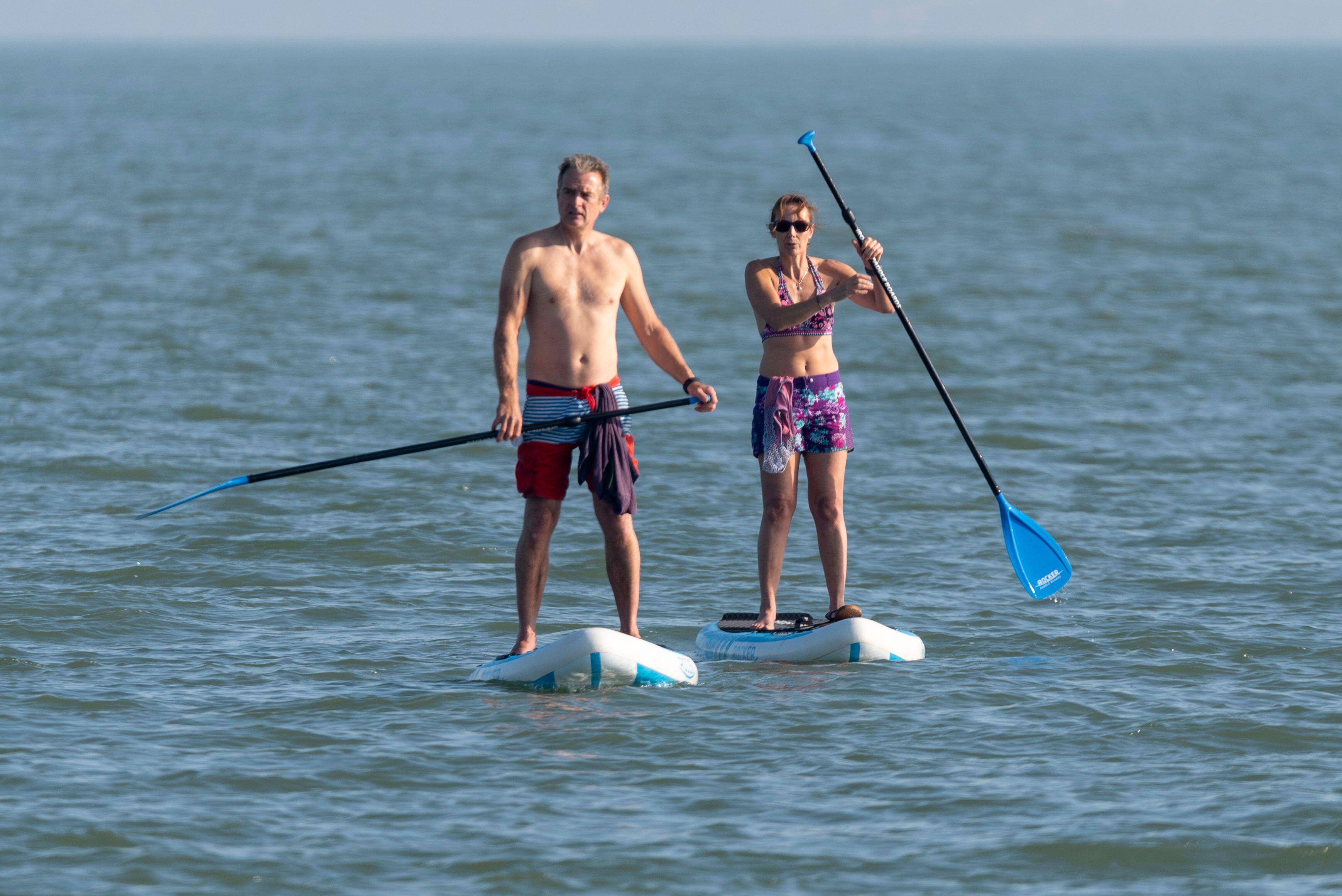 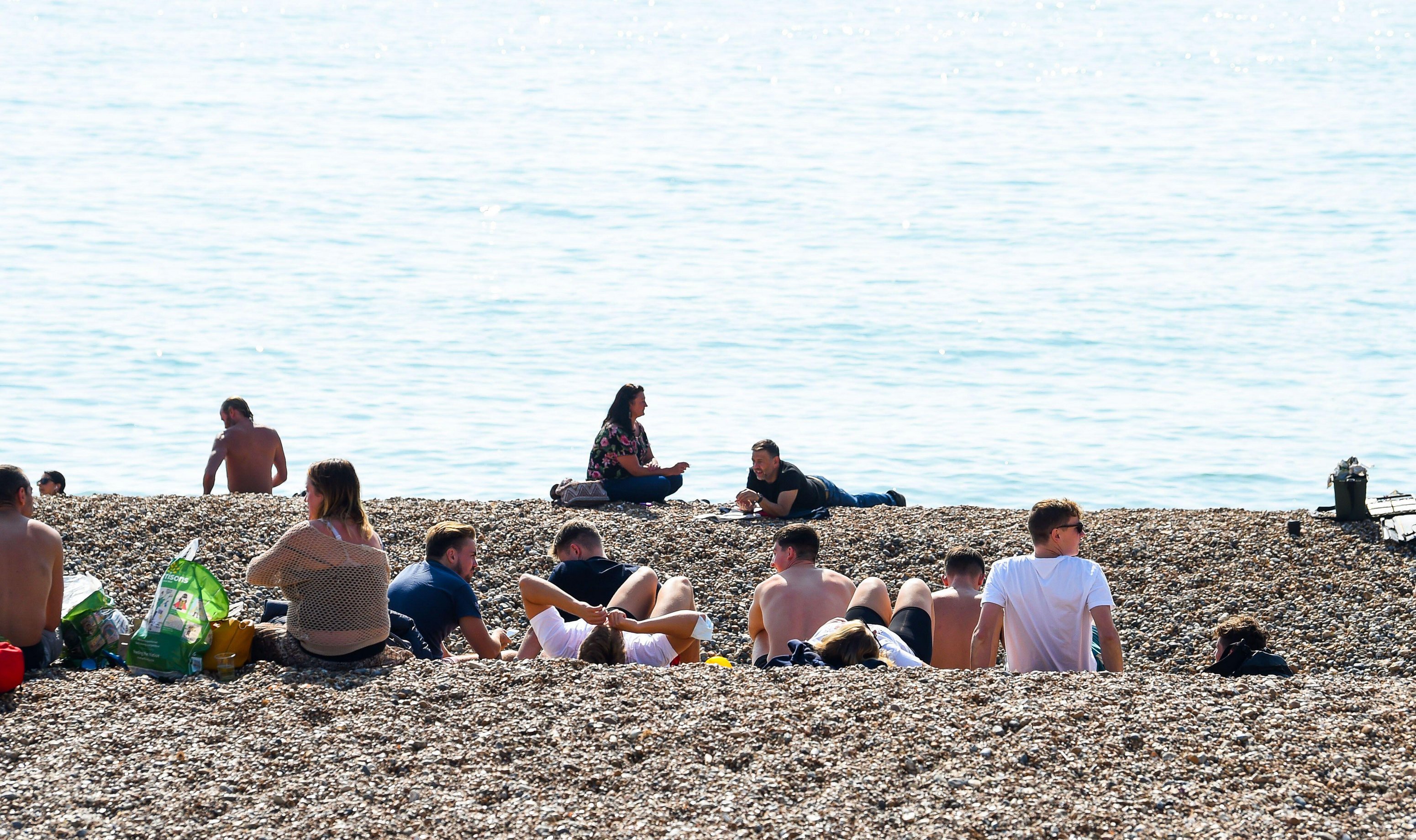 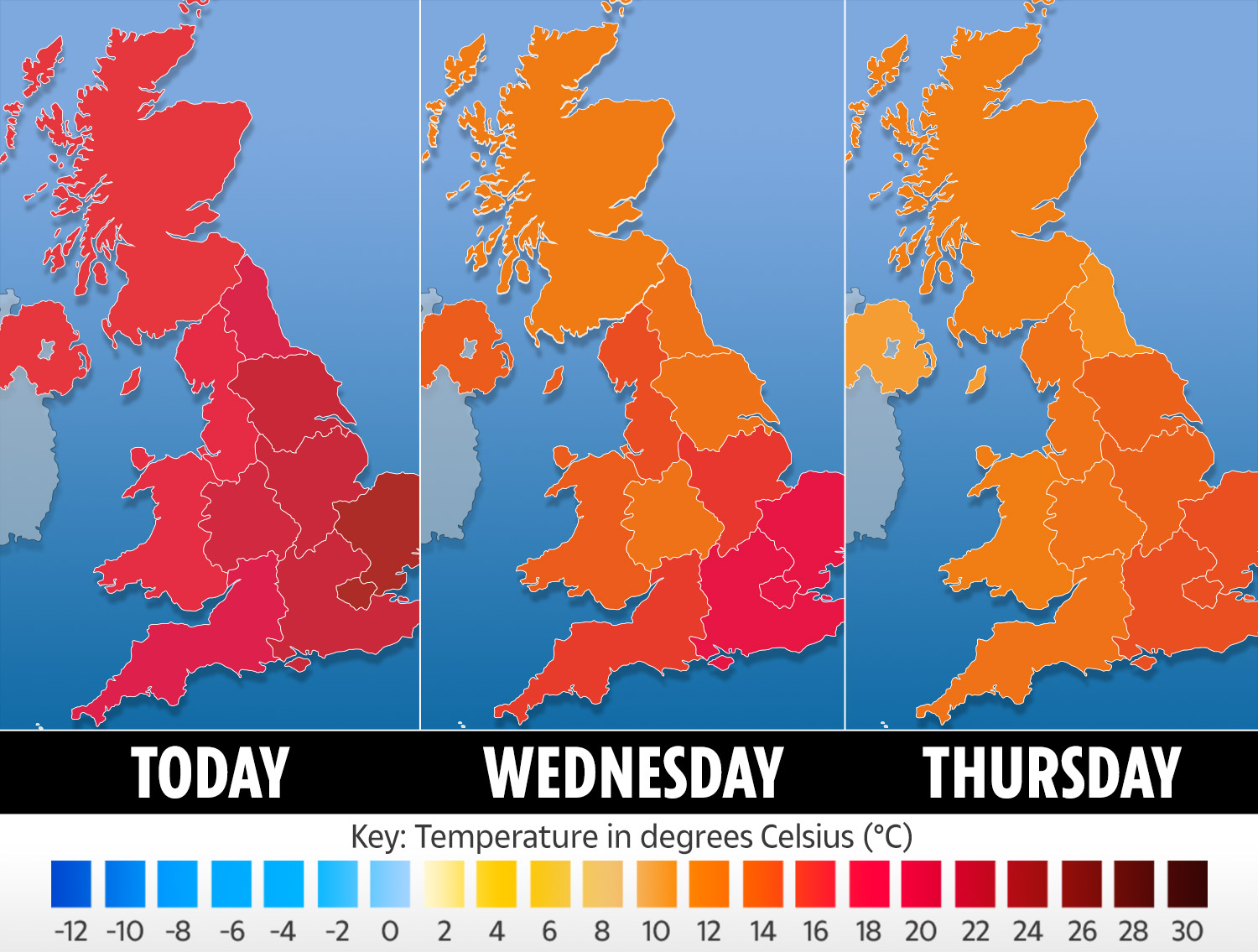 According to the Met Office, the country will see a "tale of two halves" as the southern parts of the UK see warm weather and sunshine – but the north sees cloudy weather with showery outbreaks.

The forecaster say that the mercury will hit highs of 25C in the capital tomorrow afternoon, while the East and North East of England can expect temperatures of between 22C and 23C.

In Northern Ireland and Scotland, showers and thick cloud are expected to dampen the mood early this morning.

The North West of England is also set to be hit by patchy showers and heavy clouds moving into the evening.

It comes as the forecaster said that the midweek temperature plunge could see temperatures drop by 10C.

Met Office operational meteorologist Martin Bowles said: "We are saying there could be a 10C change in the maximum temperature.

"We have had this period of rather summery weather over the last few days – that is going to change on Tuesday and Wednesday, quite significantly." 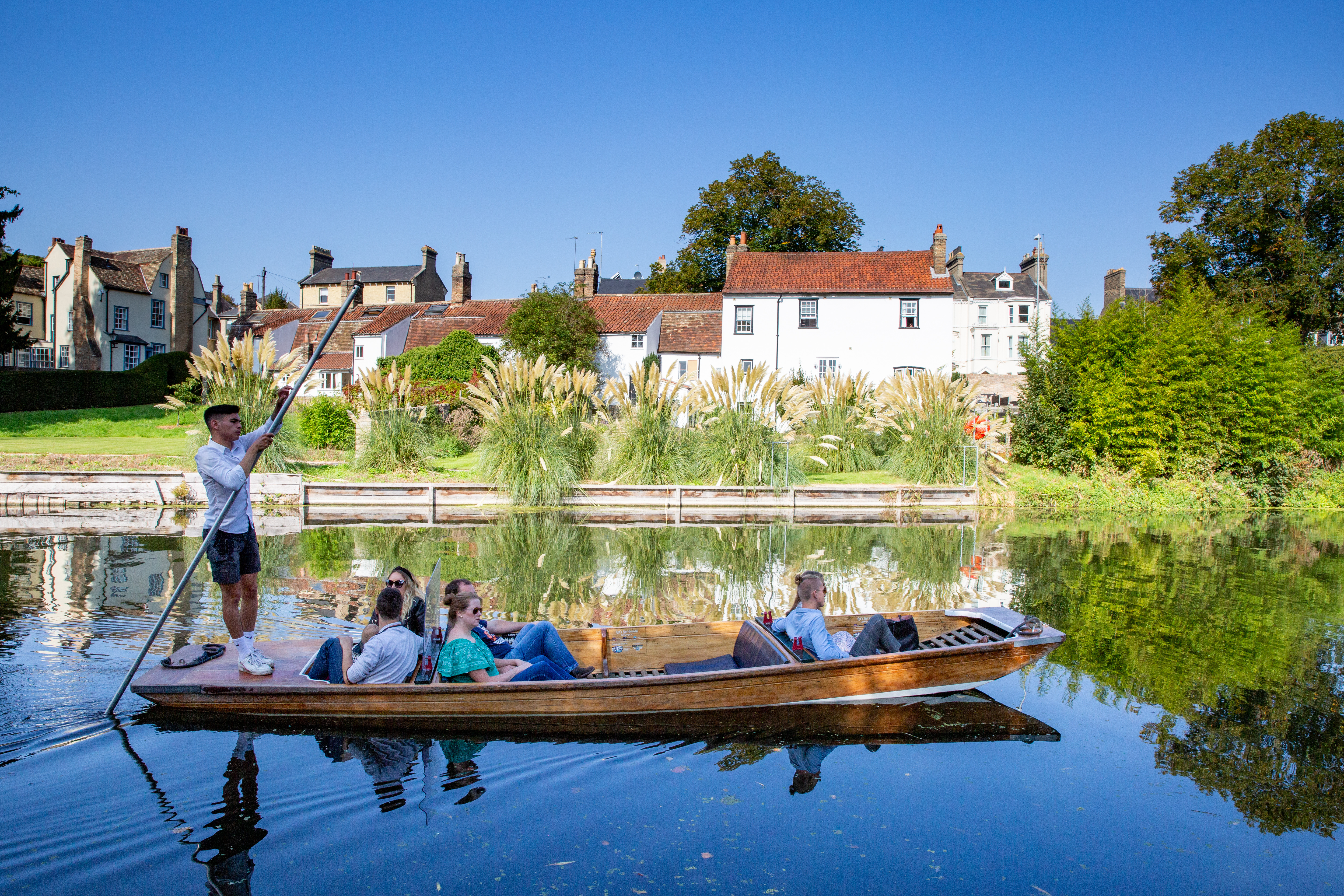 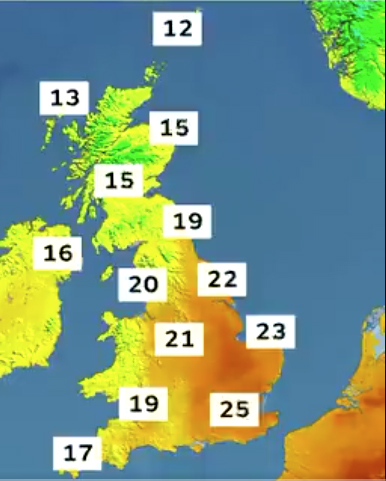 The UK is due to be hit by a “polar plume” – and there could even be snowfall in parts of the country this week.

If the storm – the first of winter – develops enough to prompt amber warnings, the Met Office will name it Storm Aiden.

In a forecast covering Wednesday to Friday, the Met Office said: "Turning much colder than recently and unsettled with showers and occasional longer spells of rain.

"Some drier, brighter interludes are also likely, especially in the west on Friday."

The drop in temperatures come as the Prime Minister is set to announce a toughening of restrictions on the hospitality industry to halt the spread of coronavirus.

Under new regulations set to take effect on Thursday, pubs and restaurants will be subject to a 10pm curfew. 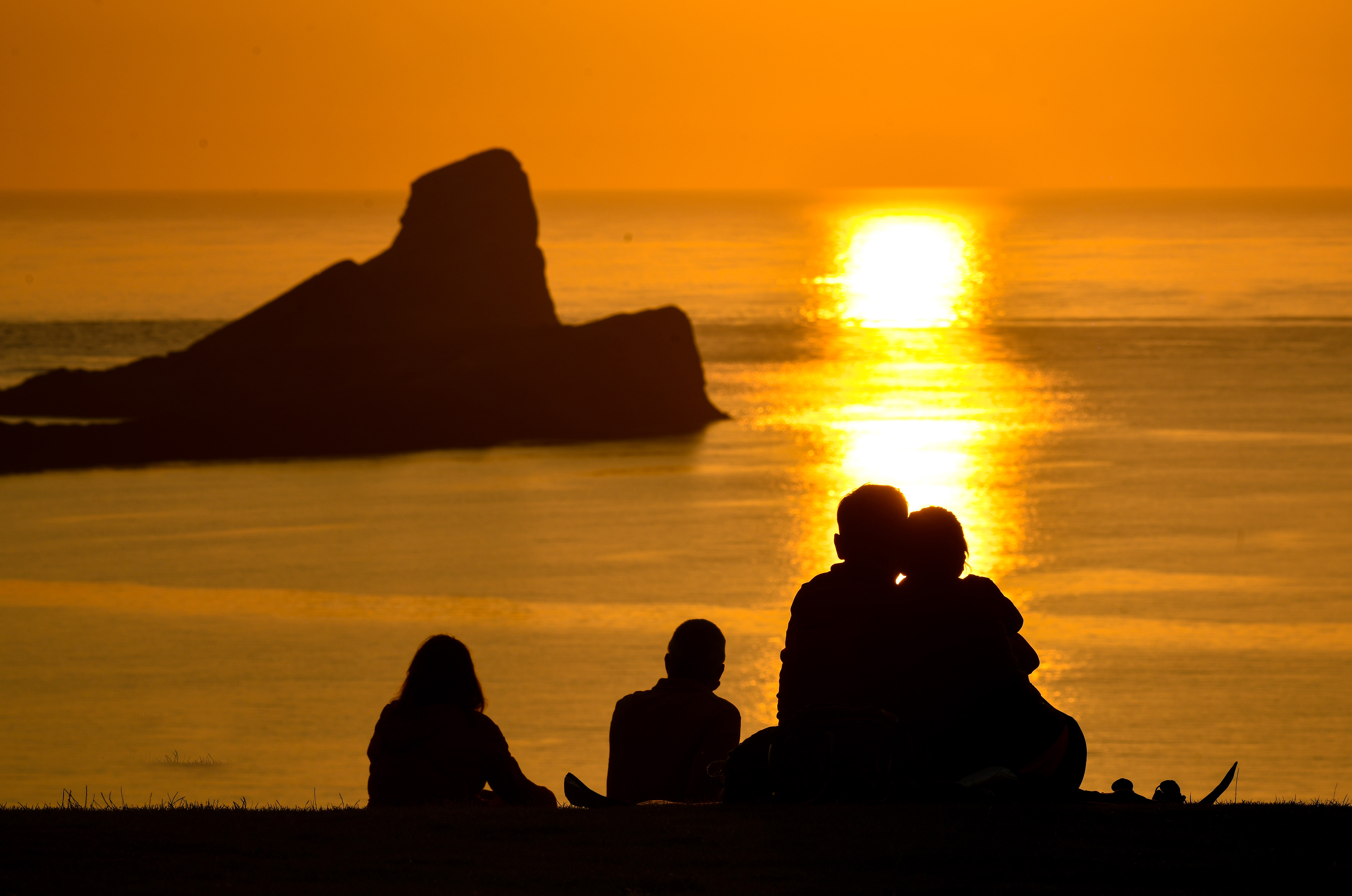 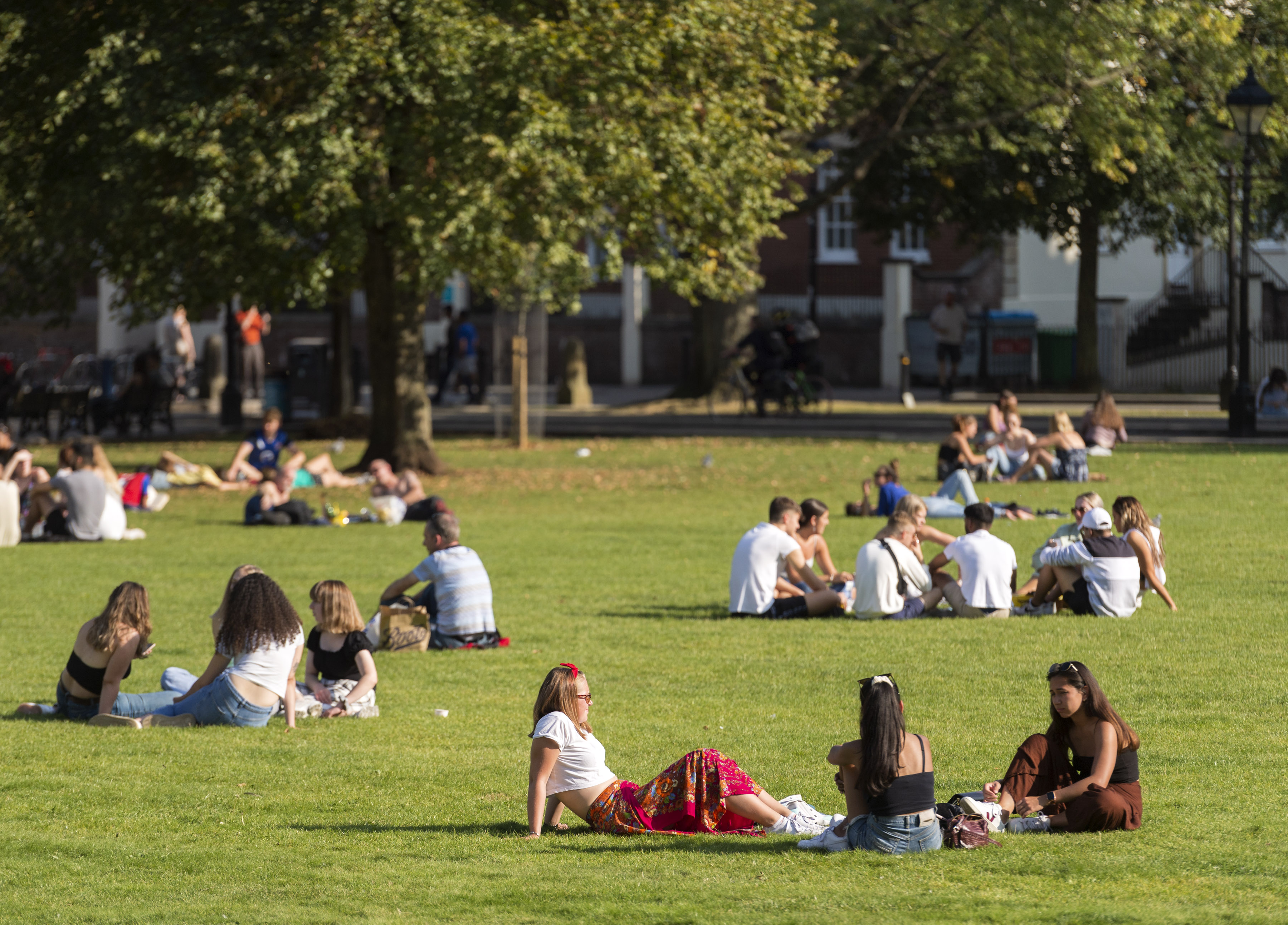 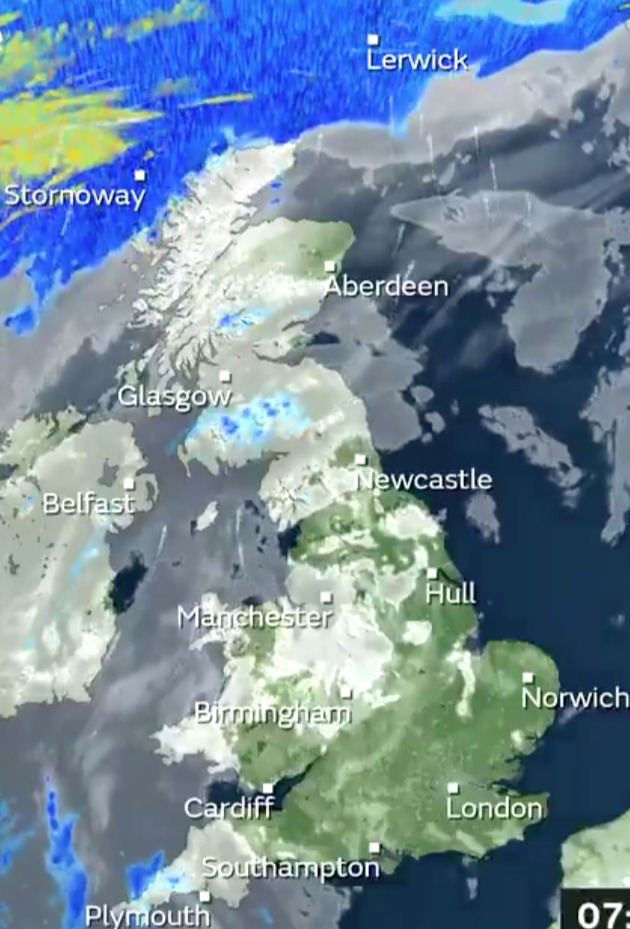