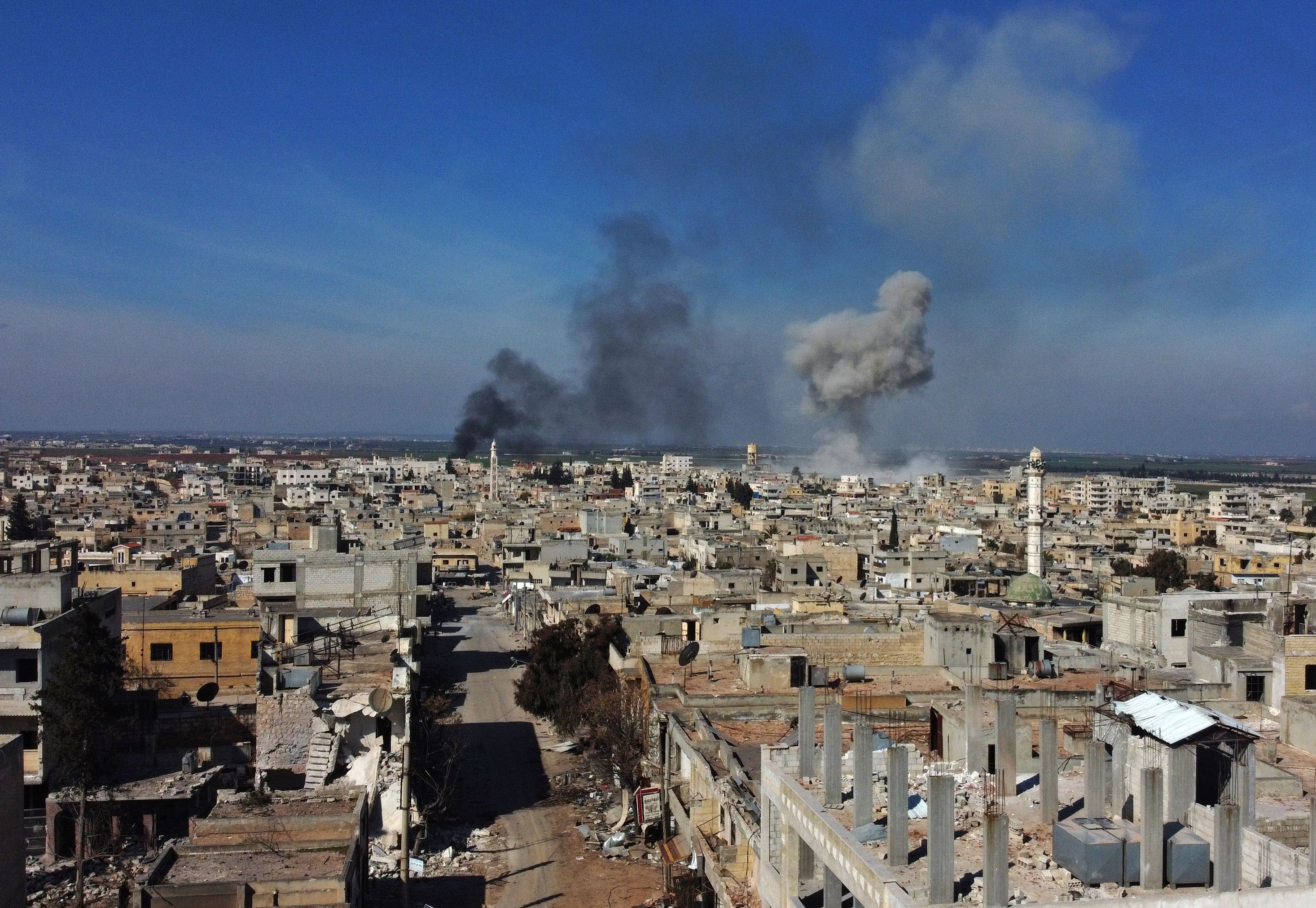 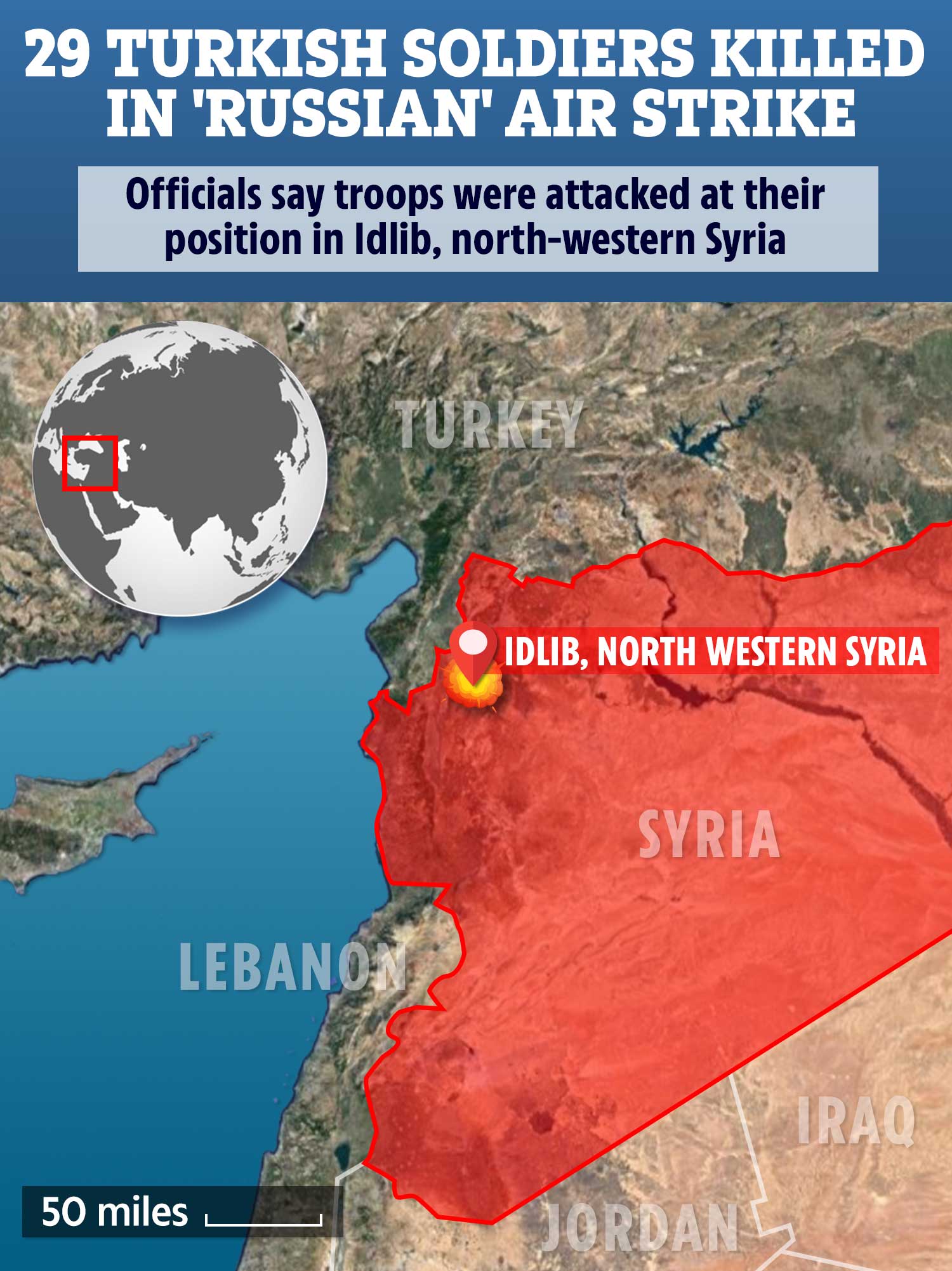 It comes after a Russian delegation held two days of talks in Ankara over the conflict.

It said the attacks occurred in an area between the villages of al-Bara and Baliun near the Jabal al-Zawiya region in the southern Idlib countryside.

The air strike came after Turkey-backed Syrian opposition fighters retook a strategic northwestern town from government forces on Thursday, opposition activists said, cutting a key highway just days after the government reopened it for the first time since 2012.

Despite losing the town of Saraqeb, Syrian President Bashar Assad's forces made major gains to the south.

Assad's forces have captured dozens of villages over the past few days, including major rebel strongholds.

Turkey and Russia support opposite sides in Syria's brutal civil war, with Ankara backing the opposition and Moscow backing Assad.