DONALD Trump has signaled he will run for president in 2024 during an interview with his daughter-in-law Lara.

The former president conducted his first on camera interview since leaving the White House on Tuesday night. 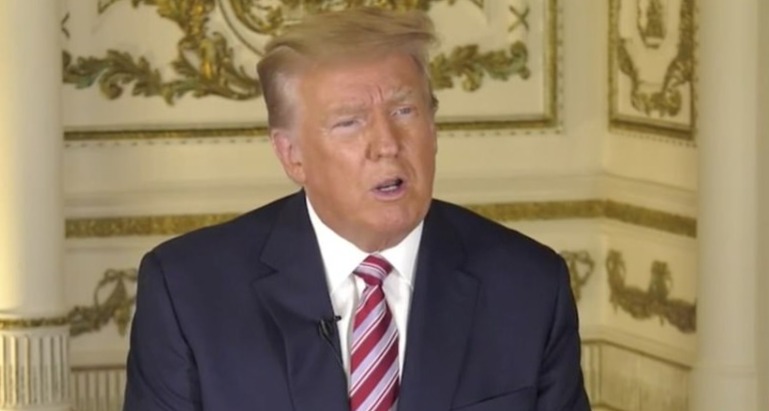 When asked by Lara whether or not his supporters could look forward to him running for president again, he replied: "You do have hope, that I can tell you, you do have hope."

The interview was quickly removed from Lara's Facebook page, according to a screengrab of an email that she shared on Instagram.

"In line with the block we placed on Donald Trump's Facebook and Instagram account, further content posted in the voice of Donald Trump will be removed and result in additional limitations on the accounts," the alleged email read. 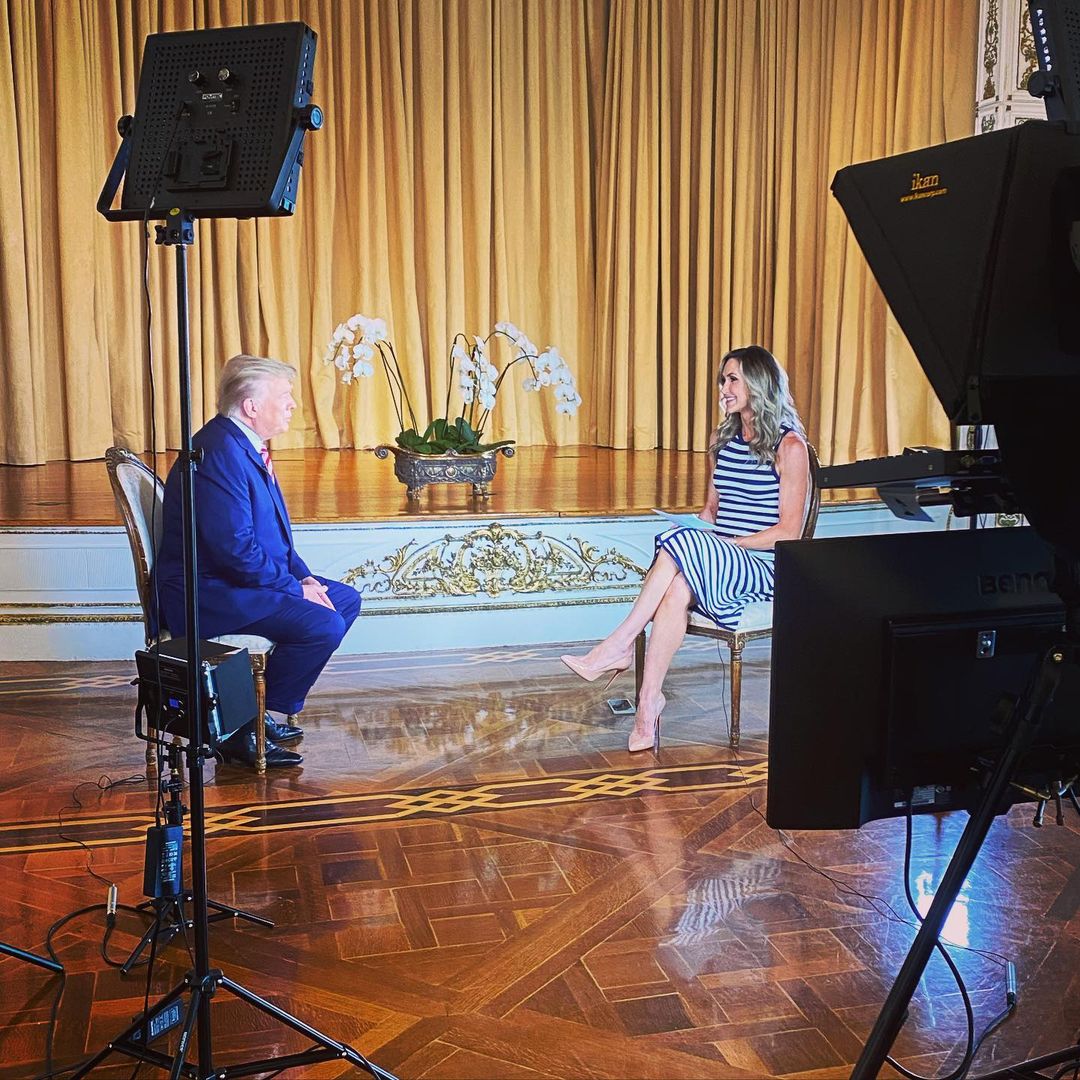 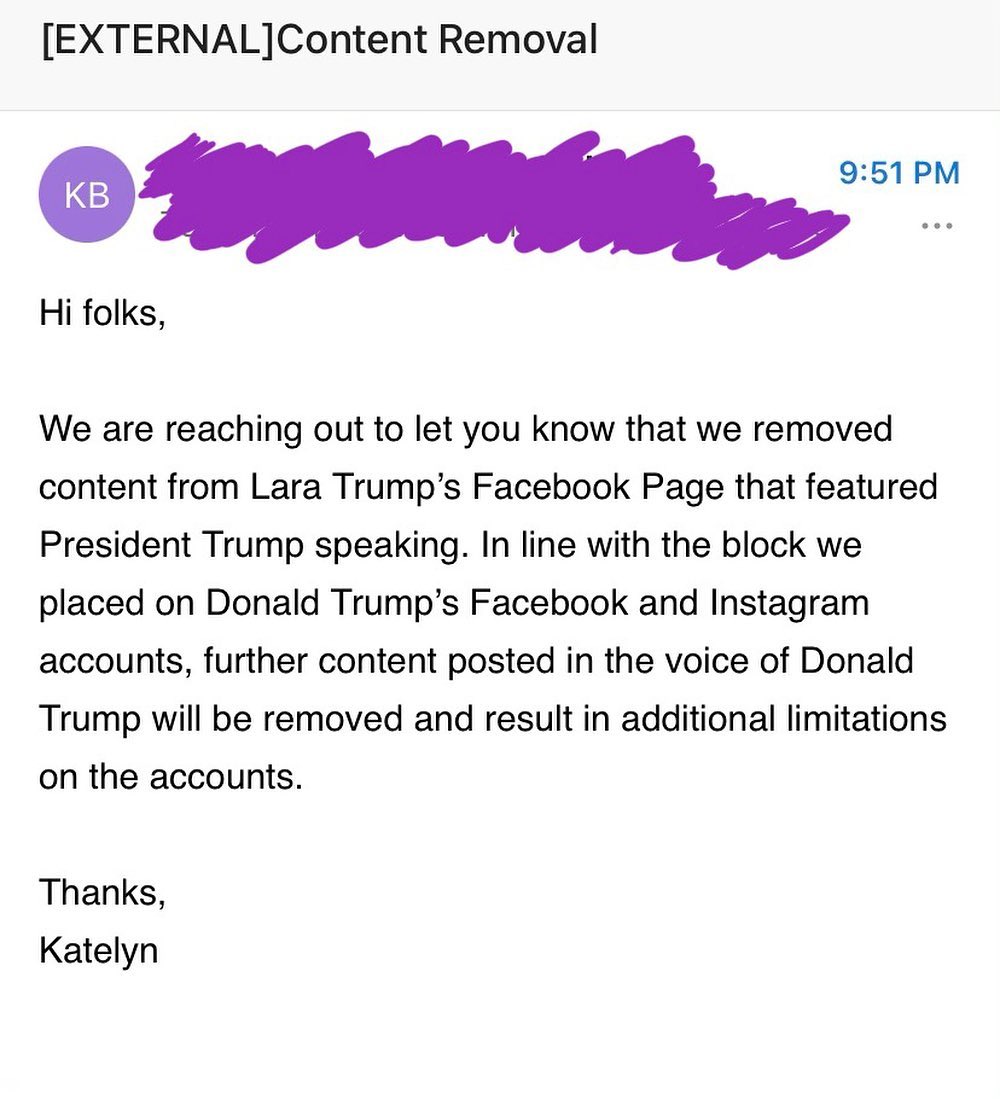 A second email, posted by Lara, gave a "reminder" that content in the voice of Trump is not allowed on the platforms.

"The guidance applies to all campaign accounts and Pages, including Team Trump, other campaign messaging vehicles on our platforms, and former surrogates," it read.

During his first on camera chat since Joe Biden took over the White House, Trump quickly slammed the president for his first press conference – which took place 65 days into his time in office.

"Well I think the press conference is probably the least of it," Trump said.

"People saw a lot of things happening long-prior to the press conference – and even the trip up the stairs – up and down, three times – there are a lot of things going on, so we'll see what happens.

"I hope he's in good shape I hope he's OK for the sake of the country." 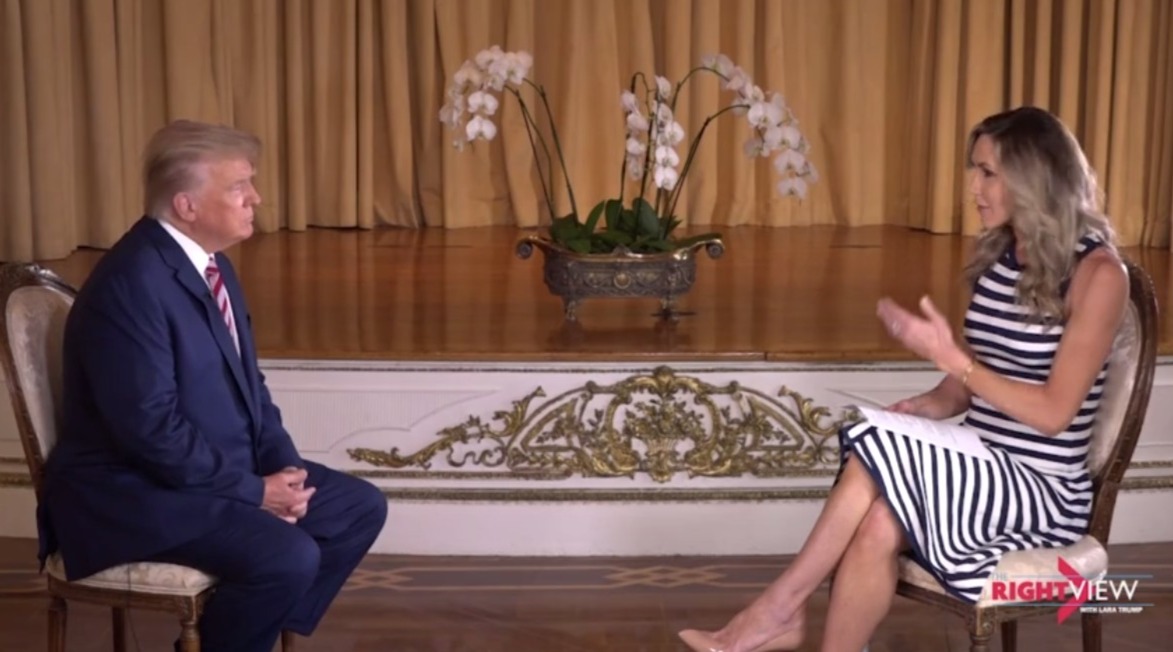 He went on to compare the media coverage of Biden's fall, with how Trump walked down a ramp following a speech.

"But they covered that for weeks, and this guy falls down three times, he couldn't get up, the third time he didn't know where the hell he was.

"And it was not on the evening news, other than a couple of networks, but it wasn't ABC, CBS, NBC, and it got almost no coverage. It's incredible," he said.

"The things that [Biden] said – and whether we debate it or whether he just made statements – all of those things are not what he's doing. 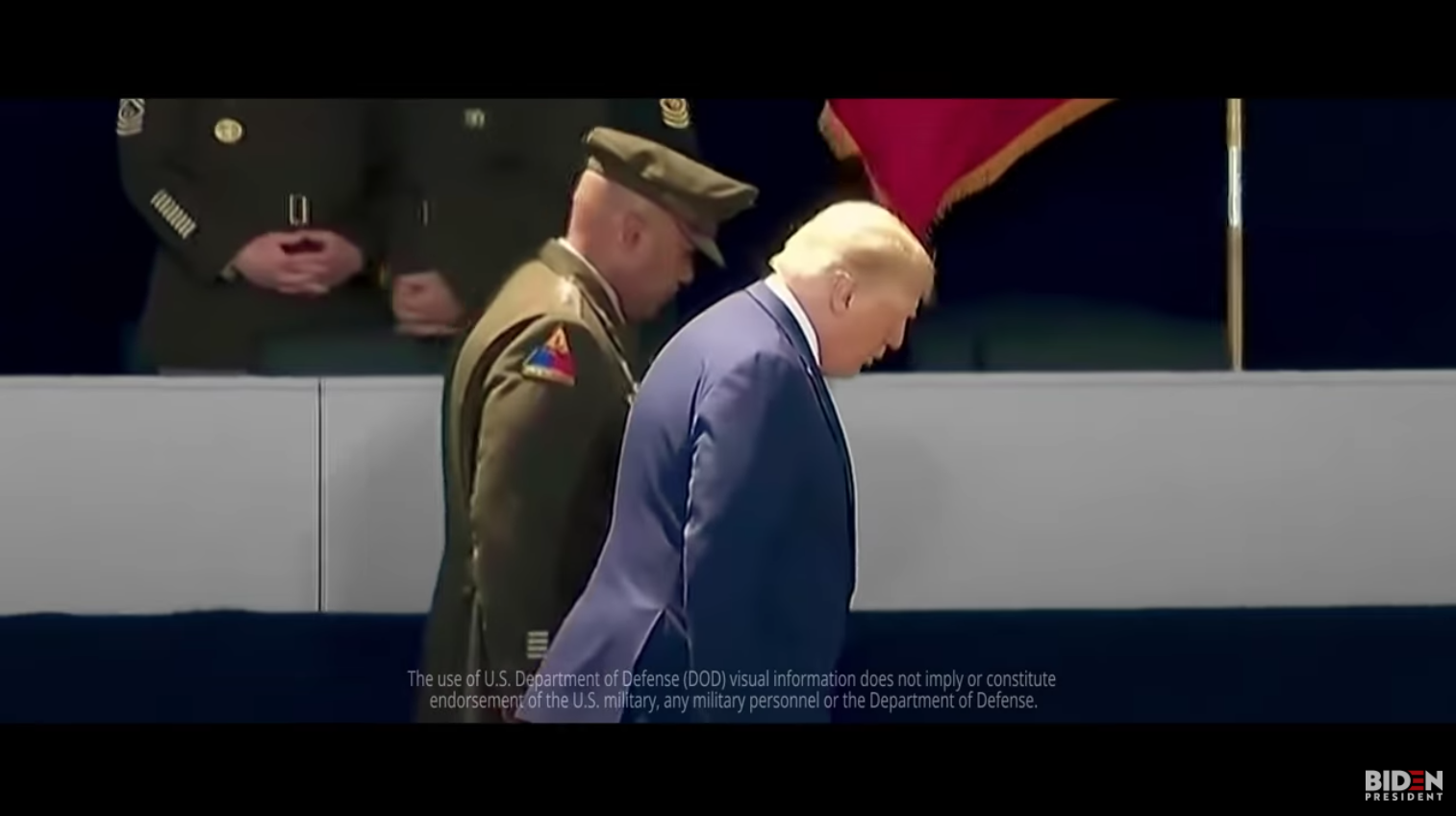 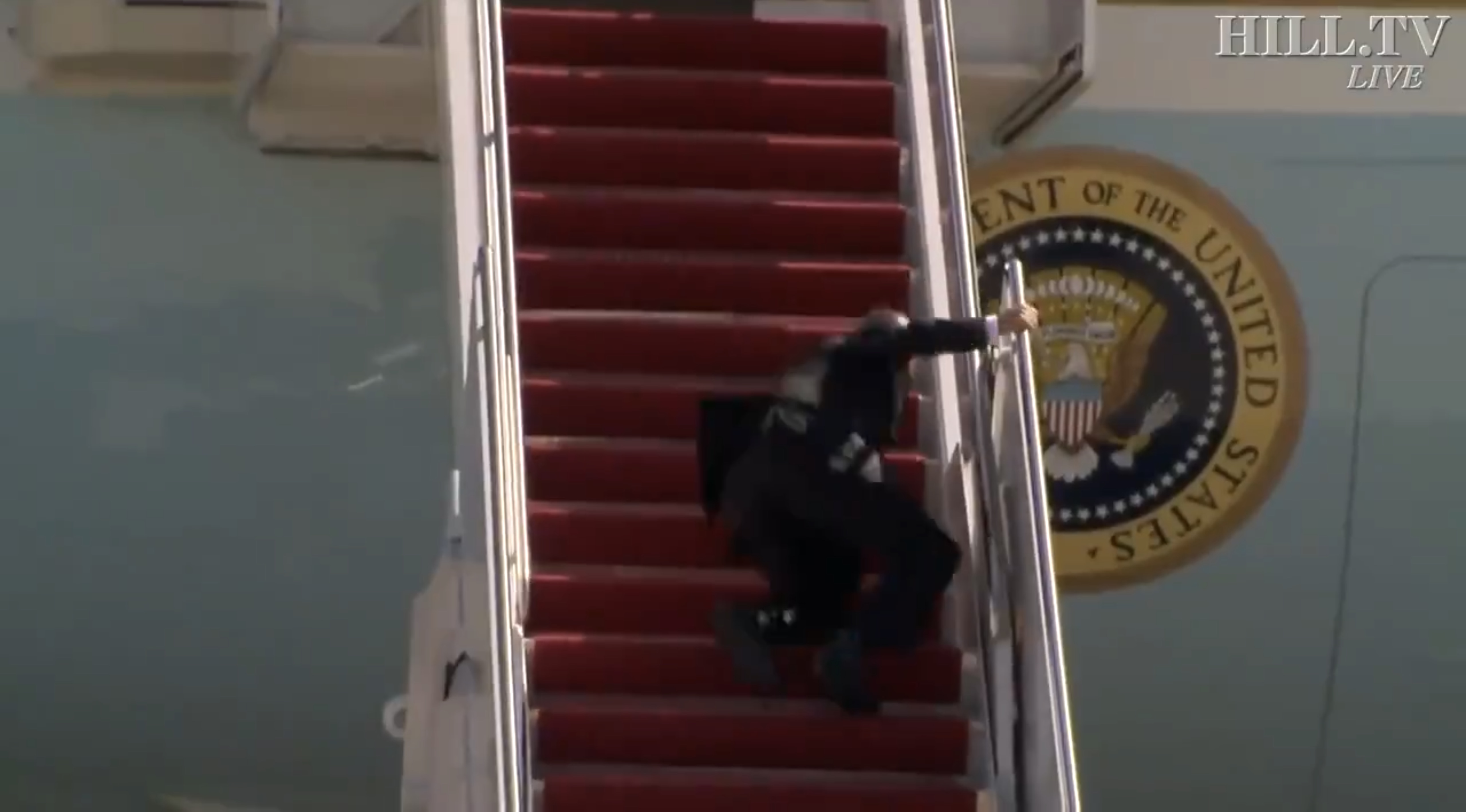 "[The agenda] is more liberal, more radical than Bernie Sanders ever had in mind. Bernie could not be happier, but this is something Bernie would have never suggested, he never talked about what he's doing to destroy energy and the second amendment."

He also slammed Biden's projected tax hike, which he is set to unveil on Wednesday.

"All of things that he's doing – raise taxes to the biggest levels in history – those were not things that were discussed at all during the election," Trump said.

The tax increases are likely to hit Americans earning more than $400,000 per-year, in addition to businesses, married couples and estates.

It comes as part of Biden's bid to fund his $4 trillion "Build Back Better" infrastructure plan to fix America's crumbling roads and bridges, as well as introduce environmentally friendly technology.

The plan also features a "human infrastructure proposal", which includes subsidies for Americans to pay for health insurance and measures to cut child poverty.

White House officials said that the spending over eight years would generate millions of new jobs as the country shifts away from fossil fuels and combats climate change.

It is also an effort to compete against the technology and public investments made by China, the world's second-largest economy and fast gaining on the United States' dominant position.