President Donald Trump will cancel an in-person meeting of G7 leaders at Camp David in June because of the coronavirus and will hold a videoconference instead, the White House said on Thursday.

The decision comes as nations around the world seal their borders and ban travel to stop the virus’ spread.

Trump held a videoconference with the leaders of the world’s major industrialized countries earlier this week and plans to repeat that in April, May and June, when the physical meeting at the presidential retreat in Maryland was scheduled to take place.

White House economic adviser Larry Kudlow, who also serves as Trump’s G7 ‘sherpa,’ has informed his counterparts about the move.

‘In order for each country to focus all of its resources on responding to the health and economic challenges of COVID-19 and at President Trump´s direction, National Economic Council Director and U.S. Sherpa for the 2020 G7 Larry Kudlow has informed his Sherpa colleagues that the G7 Leaders’ Summit the U.S. was set to host in June at Camp David will now be done by video-teleconference,’ White House spokesman Judd Deere said in a statement to Reuters. 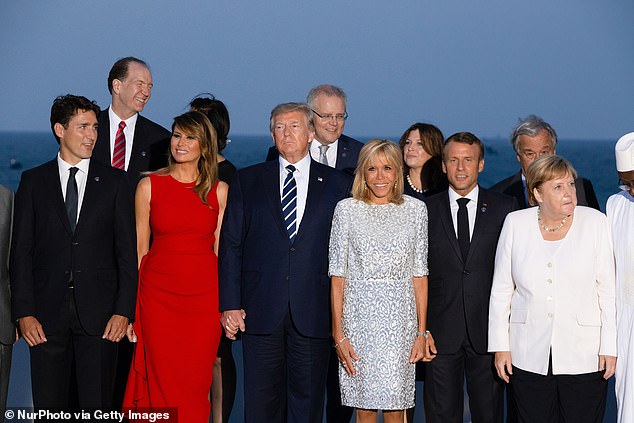 G7: The last summit was held in Biarritz in August 2019 and was due to be followed by the 46th gathering of the group in the U.S. in June until coronavirus intervened 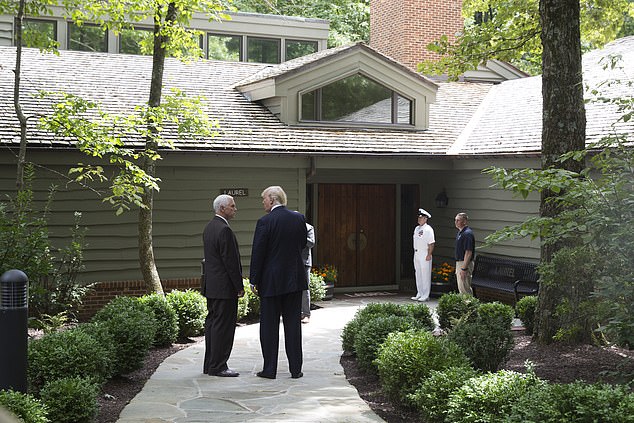 Not there often: Trump has rarely used Camp David, a favored retreat of other presidents, particularly both the Bushes

‘The White House also informed the other G7 members that in order to continue close coordination, the President will convene the Leaders via video teleconference in April and May just as he did this week,’ he said.

The White House views the change as part of mitigation efforts to fight the virus. Countries normally send large delegations with their leaders to G7 summits and journalists from around the world convene to cover their meeting as well.

Trump had intended to focus the G7 meeting on the economy, eschewing traditional topics that often top the agenda such as climate change. He initially planned to host the leaders’ group at one of his properties in Florida but canceled those plans after criticism that he would profit financially from the meeting.

The G7 is made up of the United States, Italy, Japan, Canada, France, Germany, Britain as well as the European Union. Trump irritated Europe by instituting a travel ban on its citizens without first alerting European leaders. Europe has become the epicenter of the coronavirus.

The summit was moved to Camp David, which Trump has seldom used, after outcry over plans to hold it at Trump’s own Doral resort outside Miami.

Another controversy: Trump had chosen Camp David after his plan to hold the G7 at his own Doral resort was called off