Rishi Sunak is under growing pressure from Tory MPs to announce help for motorists hit by ‘eye-watering’ fuel prices when he delivers his Spring Statement next week.

The Chancellor will set out his plans for the UK economy on Wednesday March 23 and Conservative backbenchers want him to bring forward measures to counter the surging cost of filling up.

Tory MPs today urged Mr Sunak to cut fuel duty, increase business mileage rates from 45p to 60p and to give a 15 per cent discount to ‘vital fuel users’ like haulage firms.

Mr Sunak said he would consider the ideas but did not commit to taking specific action. 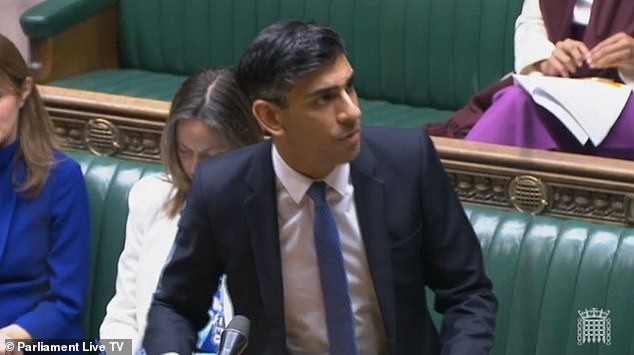 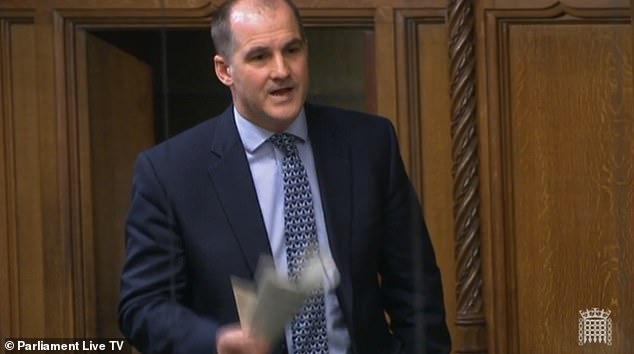 Tory MP Jake Berry, the chairman of the Northern Research Group of backbenchers, challenged Mr Sunak on the cost of fuel during Treasury questions in the House of Commons

The RAC has said the cost of filling up an average family car is now above £90 for the first time.

The average price of a litre of petrol reached a new high of 163.71p yesterday, meaning that filling a 55-litre tank of a typical family car will now cost £90.04.

Prices for diesel also reached a new high point yesterday at an average of 173.68p per litre, which means that filling a 55-litre family car will sting people to the tune of £95.52.

Prices of petrol and diesel have spiked in recent weeks as a result of Russia’s invasion of Ukraine but in recent days the wholesale cost has fallen, prompting hopes that prices at the pump could soon drop.

Tory MP Jake Berry, the chairman of the Northern Research Group of Conservative backbenchers, challenged Mr Sunak on the cost of fuel during Treasury questions in the House of Commons this morning.

Mr Berry said: ‘With the cost of fuel now being an eye-watering £2 a litre in some areas, it has led to a huge VAT windfall for the Treasury.

‘When the Chancellor thinks about his Spring Statement coming up will he not only look at cutting fuel duty but also look at mileage recovery rates.

Mr Sunak said: ‘I am grateful to my honourable friend for his suggestions. Of course, I will bear them in mind.

‘He is right about the rise of the cost of fuel at the pumps although I am pleased to see that over the last few days the price Brent (crude oil) has fallen by about 25 per cent, just illustrating the volatility of the situation we are currently experiencing.’

Mileage Allowance Payments are what companies pay employees for using their own vehicles for business journeys.

Car and van drivers can currently be paid 45 pence per business mile for the first 10,000 miles they travel.

Fuel duty is currently set at just under 58 pence per litre for petrol and diesel. Standard rate VAT of 20 per cent is also applied to most fuel. 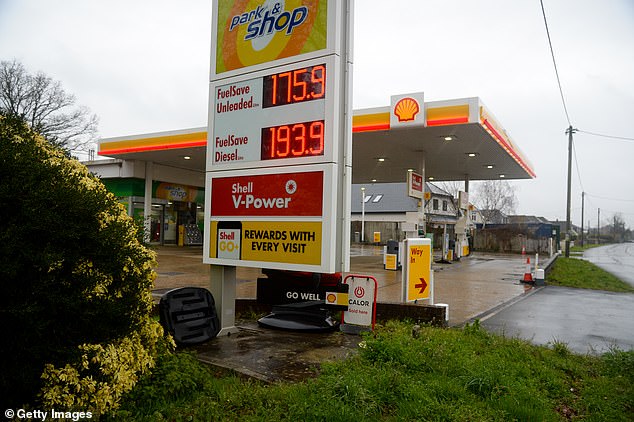 The average price of a litre of petrol reached a new high of 163.71p yesterday, meaning that filling a 55-litre tank of a typical family car will now cost £90.04 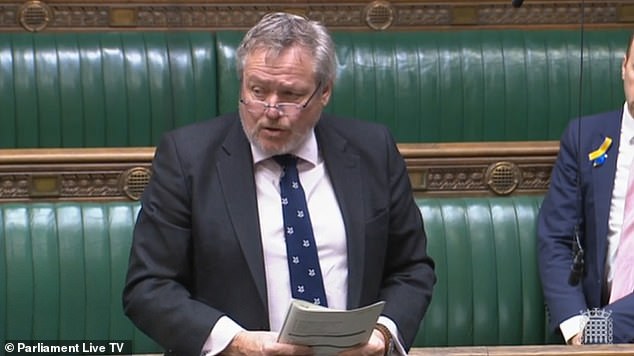 Tory MP Giles Watling told Mr Sunak: ‘With the cost of fuel reaching record levels, we face a cost of living rise across the board, everything we consume has to be delivered and collected and that can be a long way.

Mr Sunak replied: ‘My honourable friend is right to point out the importance of fuel as a cost both to business and to households.

‘That is why I am proud that we have delivered the eleventh in a row freeze in fuel duty which has delivered huge savings to households and businesses over the past several years.’