AN ANGRY mob filmed themselves smashing up a Muslim YouTuber’s home after accusing him of “disrespecting Palestine”.

A shocking video shows the masked gang waving the Palestinian flag whilst hurling bricks through the windows of Mufti Abu Layth in the early hours of this morning. 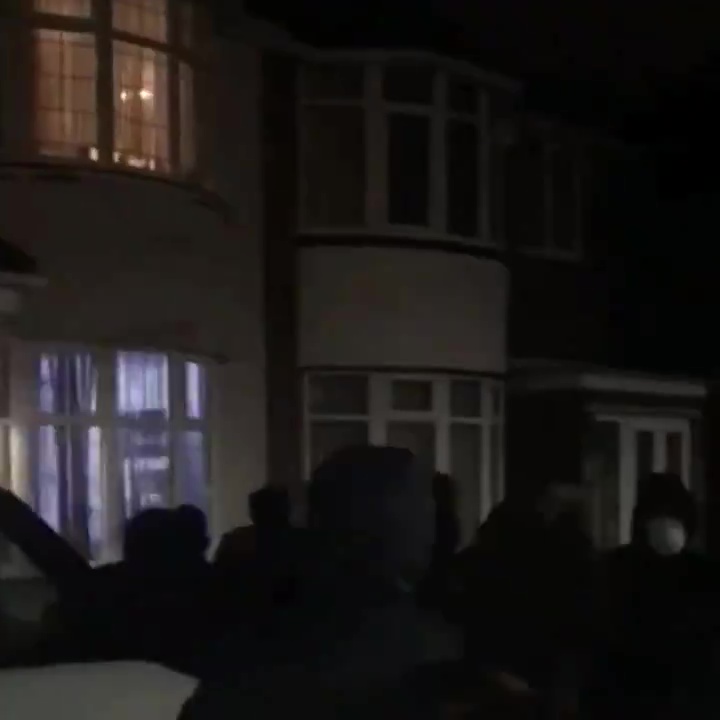 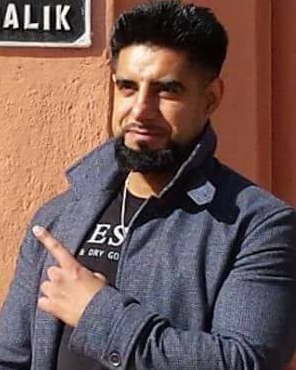 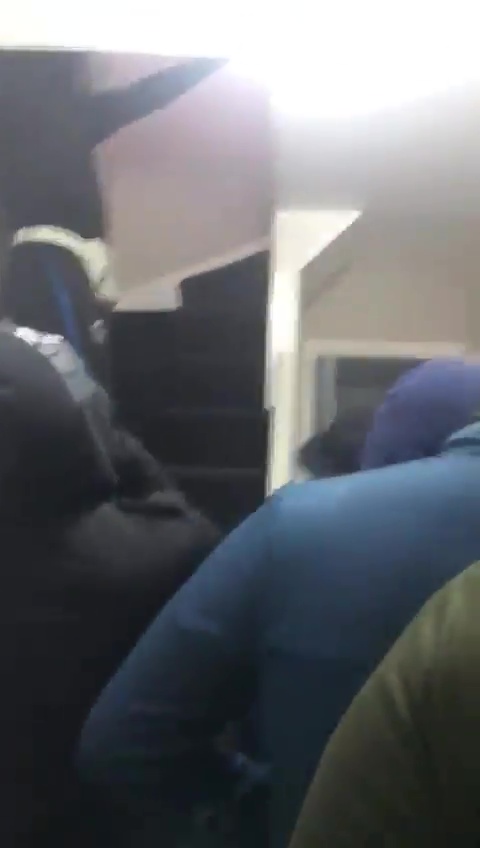 Screams were heard as the thugs kicked in the front door with brute force before running upstairs to confront the homeowner.

Mufti Abu Layth, who lives in Hodge Hill, Birmingham, posted on social media telling his followers that his family was unhurt but his daughter was “terrified”.

The gang were filmed swearing at their alleged victim before shouting at him and demanding that he “come outside.”

Mr Layth has denied making anti-Palestinian comments and said his videos had been altered and shared by trolls to spread hate.

The popular Muslim YouTuber – who has 25,000 subscribers on YouTube – insists he is pro-Palestine and on Saturday he uploaded a 30-minute speech titled “The Palestinian Plight & Israeli Injustice”. 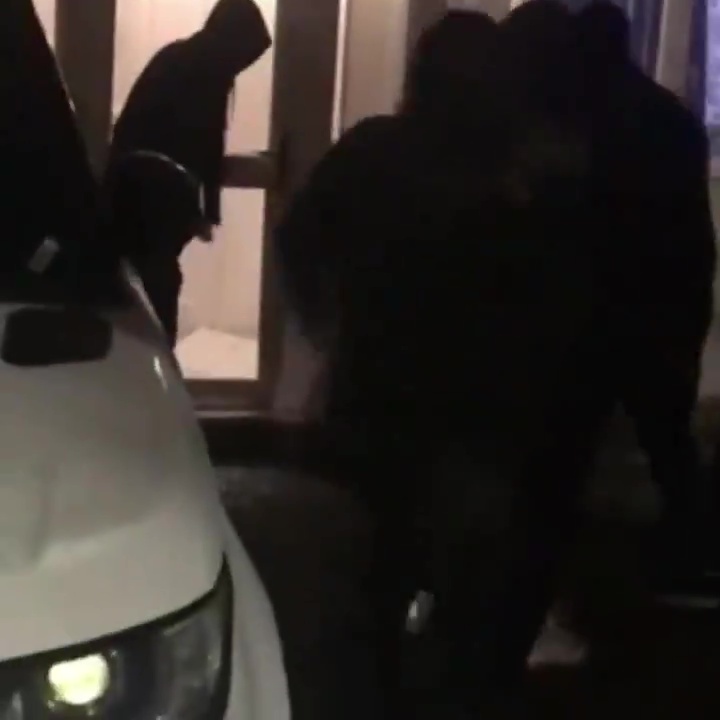 The distressing footage – filmed by one of the gang – shows half a dozen hooded figures marching towards the house in the dead of night, flying a Palestinian flag.

A man filming says: "Yo, this is for that dirty dog, Abu Layth, who disrespects our brothers and sisters of Palestine."

The yobs launch several bricks through the living room window, shattering the glass – as a woman is heard screaming inside.

In the footage, posted online, they are heard shouting “come outside" and "come on, you m***********", before kicking the front door in

The gang is then seen storming the home, shouting: "Where the f*** is Abu Layth?"

More smashing sounds and screams are heard from upstairs before the footage cuts out. 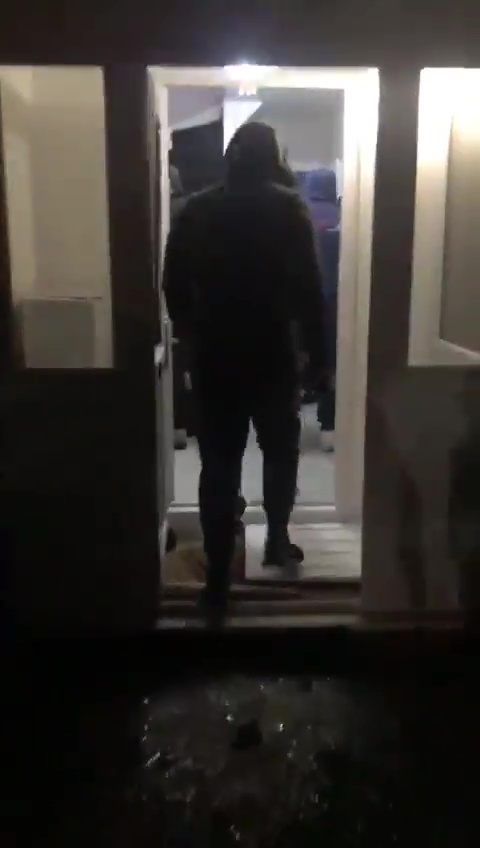 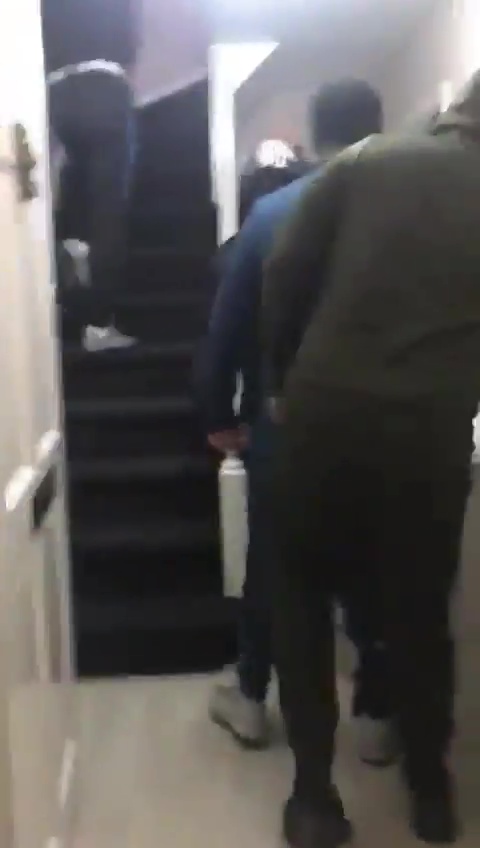 Posting in the early hours after the incident Mufti Abu Layth wrote on his official Facebook page: "Just had some masked-up thugs break into my house, smash the doors and windows, yelling "free Palestine".

"They barged in and rummaged the place, terrorised my family. The police are here now.We are safe, although my daughter (is) traumatised.

"This a consequence of hate-mongering and people sharing cut and paste videos of me on Palestine… foolish people circulating videos creating hate against me. There's consequences to creating hate.

"These thugs recorded themselves and circulated them (the videos) on WhatsApp groups.

"The police now have these videos and are treating the matter with urgency.

"If anybody has any information about the identity of these people… or recognises their voices please forward it to me or get in touch with the police."

Hours before the attack on his home, he warned his Facebook followers there was a fake video of him circulating on YouTube which falsely attributed comments to him about the Israel/Palestine conflict

He wrote:  "This is NOT a video I have created, or uploaded, but is instead cut and pasted and uploaded by my haters in an absurd attempt to defame me.

"The really disgusting element is how these people are exploiting the Palestinian tragedy to further their hateful agendas against me."

The Sun has contacted West Midlands Police and Mr Layth for a comment.