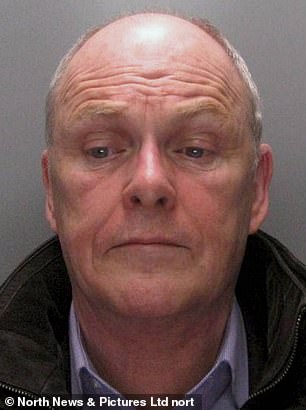 A thug who repeatedly stamped on a pensioner’s head in a vicious pub toilet assault has been jailed for three-and-a-half years.

Phillip Robinson, 63, was accused of attacking the 71-year-old at the Fox and Hounds Inn in Kirk Merrington, County Durham, on April 18, 2018.

A jury at Durham Crown Court heard that the victim staggered from the toilets covered in blood and suffering facial fractures.

Following his arrest shortly after the assault, Robinson told police he had found the victim lying on the bathroom floor already injured.

The 63-year-old defendant denied wounding with intent but was ultimately found guilty by a jury following a four-day trial in March.

Sentencing Robinson, Recorder Carl Gumsley said that the attack was caused by ‘some sort of neighbour dispute in that village’.

The court heard that Robinson had one past conviction for battery in April 2016, for which he received a conditional discharge.

Chris Baker, in mitigation, told the sentencing hearing: ‘He’s spent the majority of his life working hard as a law-abiding citizen.

‘There are two references uploaded painting a picture of a family man.’ 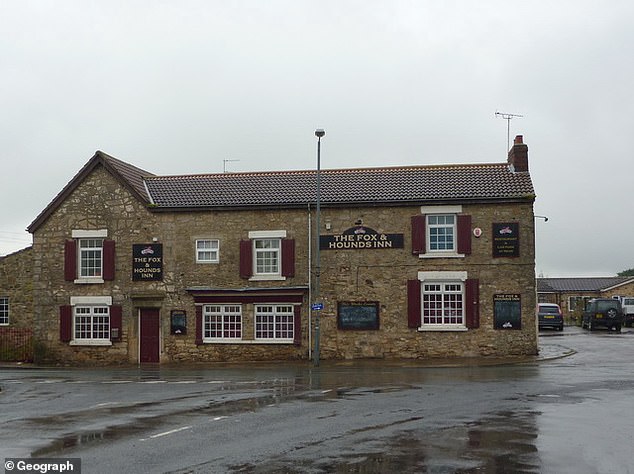 A jury at Durham Crown Court heard that the victim staggered from the toilets in the Fox and Hounds Inn in Kirk Merrington, County Durham covered in blood and suffering facial fractures

Mr Baker said the long delay in the case coming to court had caused Robinson anxiety and depressive symptoms, while his family has also suffered with the stress of proceedings hanging over him.

But Recorder Gumsley argued that part of that delay was down to the defendant denying the offence, requiring a trial.

‘The delay would have been reduced if he had pleaded guilty in a case where the evidence was strong,’ the judge insisted.

Imposing the prison sentence, Recorder Gumsley told Robinson: ‘It’s not entirely clear what was behind it, but it undoubtedly stems from some sort of neighbour dispute in that village.

‘I sentence you on the basis it was it was not significantly pre-planned, but you took the opportunity to attack that man when you came across him in the manner you did and the jury found that you intended to do him serious harm.

‘He was lucky the injuries were not as serious as they might have been.

‘Fortunately, he has recovered to an extent, but I accept fully what he says in his impact statement that he had significant discomfort and pain and has had since.’

Although he did not put in place a restraining order, Recorder Gumsley said the licence conditions on the defendant’s release from prison should ensure Robinson avoids contacting or approaching the victim.