Thug, 37, admits killing recruitment firm boss, 55 – who already had broken hip from robbery of his £10k watch – in brutal assault outside his home 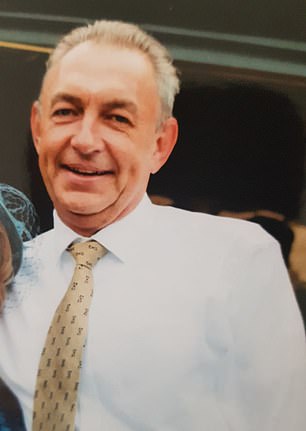 Lance Colston pleaded guilty to the manslaughter of Jason Orwin (pictured) during a hearing at Maidstone Crown Court, Kent. Owin was killed outside his home in Maidstone on July 31, 2020

A 37-year-old man admitted on Wednesday to killing a businessman in a violent assault outside his home.

Lance Colston pleaded guilty to the manslaughter of Jason Orwin during a hearing at Maidstone Crown Court, Kent.

Mr Orwin, a managing director of a financial recruiting firm, died after suffering a head injury and cardiac arrest in the attack in Bower Place, Maidstone, in July last year.

In a cruel twist of fate, the 55-year-old had been robbed just a few weeks earlier in an unrelated incident in which he suffered a fractured hip and had his custom-made, 18-carat, diamond-encrusted gold watch worth £10,000 stolen.

Colston, of Tonbridge Road, Maidstone, will now be sentenced for Mr Orwin’s manslaughter on May 28.

He was originally accused of murder but Judge David Griffith-Jones QC was told the prosecution no longer wished to proceed with that charge.

Mr Orwin, who ran Rochester-based Peritum Associates, sustained his fatal injuries shortly after 6.30pm on July 31 outside his home in Bower Place, Maidstone.

He was airlifted to King’s College Hospital in London where he sadly died.

His cause of death was given as subdural haemorrhage.

A second man, in his 30s, was also assaulted at the time and was later treated for his injuries at the scene, according to Kent Live.

He was remanded in custody until his sentencing hearing for both offences.

In separate proceedings in January, the same court heard Mr Orwin had been mugged during a post-work evening walk in Maidstone on June 2.

His two attackers were subsequently sentenced to a prison term of three years and seven months, and a two-year community order. 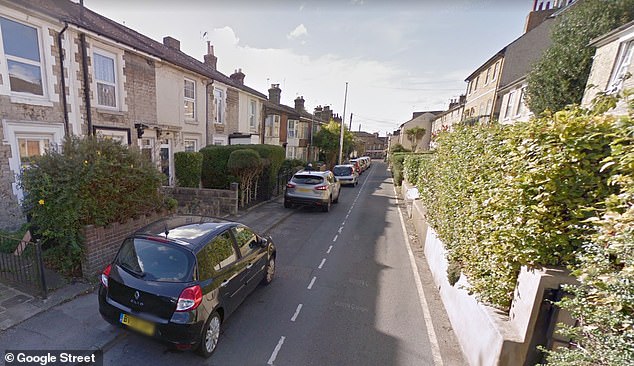 According to Kent Online, in the earlier attack, Mr Orwin was thrown to the ground. As he lay there in agony, he was told by one of the attackers: ‘Give me your watch or I will cut your throat!’

Alan Mulcahy, 29, of Maidstone Road, Chatham was jailed for three years and seven months over the attack after admitting to the robbery.

Kent Online reported in August 2020 that Mr Orwin was set to get married some time after he was killed.

Jonathan Purle, a Maidstone Borough councillor, who knew Mr Owin’s, told the local newspaper at the time that his friend was a lively character.

‘I first met him last year after a long week. He saw me looking exhausted in a corner of the Market House and shouted something like ‘Cheer up – it might never happen,’ Cllr Purle told Kent Online.

‘We then started a conversation and got through a fair few rounds that afternoon.

‘He told me in February he was due to get remarried. I’m not sure when it was supposed to happen but I know the coronavirus affected his plans and it had been postponed to the middle of this month.

Before starting his own company based in Rochester, Mr Orwin had spent time in the United States, with his LinkedIn profile saying he studied at Baylor University.