This wasn’t the final many expected when the World Cup began almost a month ago, what with France hollowed by injuries and Argentina losing to Saudi Arabia in its opener. Yet here we are, the defending champions and Lionel Messi and Co. emerging as the class of a tournament as both chase history.

If Argentina wins, it fills the one blank space on Messi’s long list of accomplishments. If France wins, it becomes the first defending champion to repeat since Brazil in 1962 and makes Kylian Mbappé, at 23, the youngest player to win two World Cups since a 21-year-old Pelé.

So how does each team win? Here are three keys for both:

The Netherlands scored two goals after the 83rd minute, including one in the final minute of stoppage time, to force extra time and then a penalty shootout. Argentina didn’t make the same mistake against Croatia, capitalizing on its early chances – a Messi penalty in the 34th minute followed five minutes later by the first goal of Julian Alvarez’s brace – and refusing to extend Croatia any lifelines.

France has shown a tendency to disappear for large chunks of time during games, and if it does in the final, the Albiceleste must pounce. Pour it on so a late comeback, if there is one, doesn’t matter. 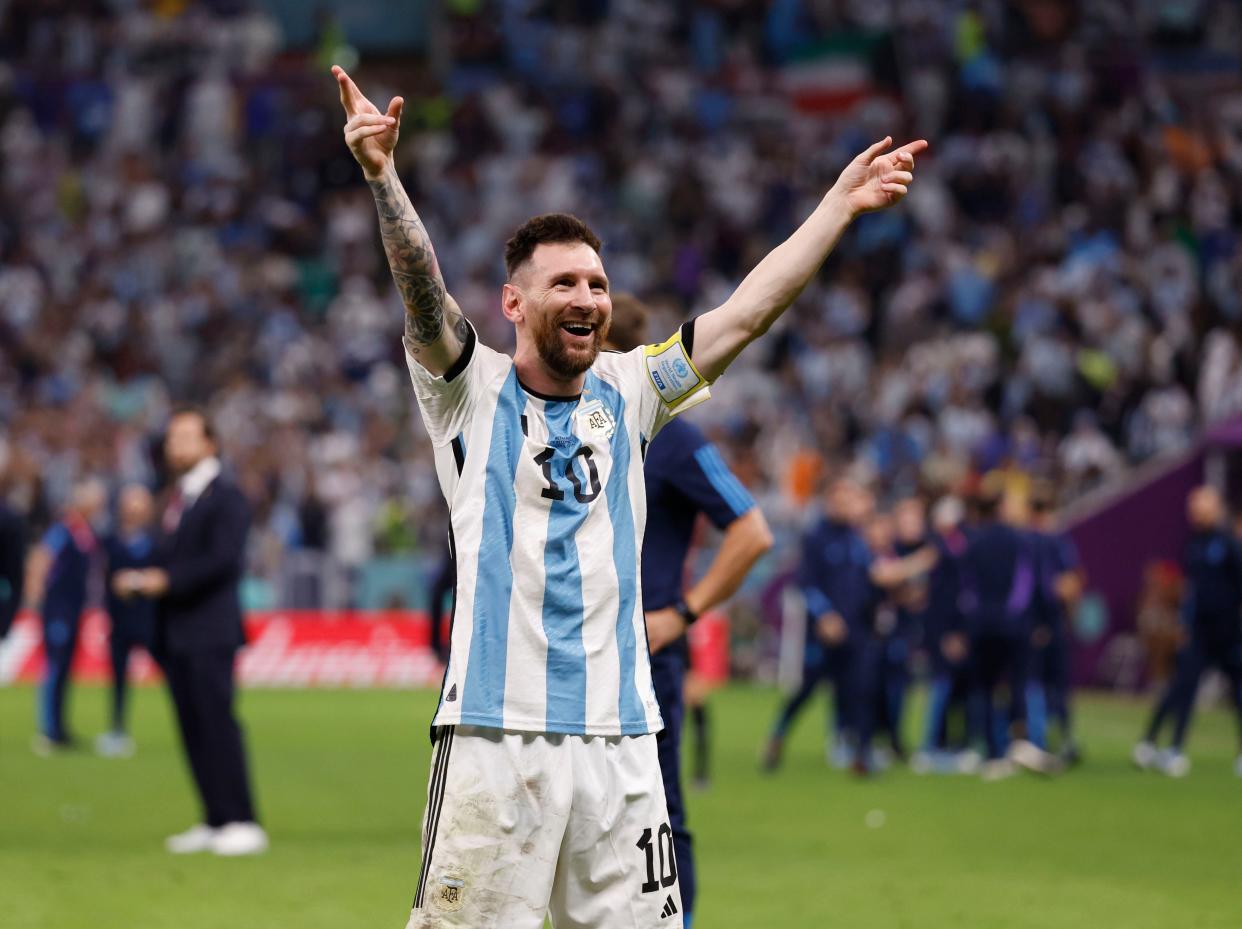 Messi desperately wants to win a World Cup title, and his teammates and coach are equally desperate to help him do it. They have to put that out of their minds, however, or they won’t be able to play with the ease and flow that they have since that loss to Saudi Arabia.

Messi has been tremendous at this tournament – go back and watch him spin Josko Gvardiol around to set up Alvarez’s second goal against Croatia – and his teammates, the young ones in particular, have fed off that.

“Argentina has grown in confidence thanks to Messi’s brilliant performances,” Morocco coach Walid Regragui said after losing to France in the semifinals.

Play free, without a thought of what a victory will mean, and Messi’s legacy will take care of itself.

I know, I know. Easier said than done.

Like Messi, France’s young star has an otherworldly ability to create space where there is none, cut through defenses and do things with the ball even cats can’t imagine. Somewhere, Morocco’s players are still muttering about his run that led to France’s insurance goal.

Argentina’s defense must shut down the flanks and funnel Mbappé through the midfield. He can still do plenty of damage, but not nearly as much as when he has free range outside, and this will allow Argentina at put more numbers on him.

As already mentioned, France has had a habit of disappearing, especially when it gets an early lead. It hasn’t cost Les Bleus yet, but Argentina is a different caliber of team. Lose intensity for an extended period of time, or lose track of Messi, and he and his teammates will take full advantage.

“But in a final, against Argentina, both teams are playing a better team than they’ve played so far in the tournament,” Deschamps said. “We have two sides with a great deal of quality. It will be up to key players to make a difference, maybe a team who makes fewer mistakes is going to win the game.”

Let that be a word of warning to his players, not a prediction.

Sublime as Messi has been in this World Cup, Argentina isn’t playing for the title without its young stars. Of Argentina’s 12 goals, seven have come from players who are 24 or younger and are in their first World Cup.

Julián Álvarez, 22, leads the group with four, second only to Messi and Mbappe. Enzo Fernandez, who turns 22 next month; Nahuel Molina, 24; and Alexis Mac Allister, who turns 24 next week, each have one, and Fernandez and Molina both have an assist, as well.

That’s why Deschamps cautioned against reading too much into France and Argentina’s last meeting, a 4-3 win by Les Bleus in the round of 16 in 2018.

“This Argentina side is different to the side we faced four years ago,” he said.

Karim Benzema has recovered from the thigh injury that knocked him out of the World Cup, and Spanish newspaper Mundo Deportivo said Real Madrid has given the Ballon d’Or winner permission to rejoin France.

Tempting as it might be to bring back a player of Benzema’s quality for the World Cup final, France has been doing fine without him. More than fine, in fact. Benzema’s replacement, Olivier Giroud, had four goals in his first four games to become France’s all-time leading scorer, while Mbappé continues to do Mbappé things and Antoine Griezmann has turned back the clock.

Trying to work in a new player at this late stage, even Benzema, risks disrupting France’s chemistry and flow.

This article originally appeared on USA TODAY: Argentina, France in World Cup 2022 final: Three keys for each to win