My lord, what a coincidence! Three Tory donors who are set to land peerages have given the Conservative party a total of £1.5million

Three Tory donors who are expected to be rewarded with peerages by Boris Johnson together gave almost £1.5million to the party in the final three months of last year.

Peter Cruddas, Michael Spencer and Jon Moynihan are thought to have been nominated by the Prime Minister for places on the red benches, which will be announced next month. 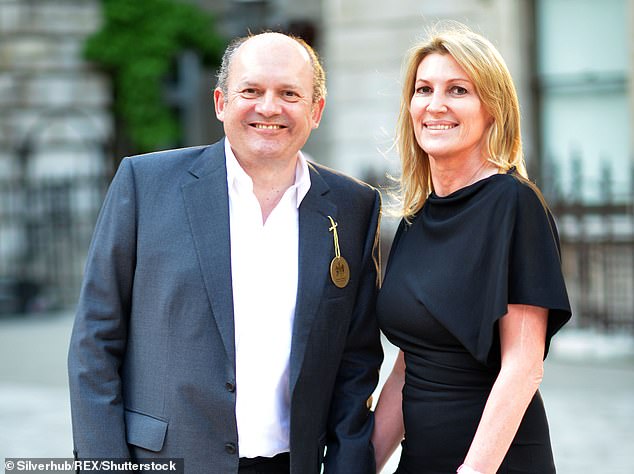 Billionaire financier Michael Spencer was rejected for a peerage in 2016 after being nominated by Mr Cameron. He handed £1,057,250 to the party in the fourth quarter of 2019. He is pictured above with his partner Sarah, Marchioness of Milford Haven

It came as the Tories received more than £37million in the three months – £14million more than Labour and the Liberal Democrats combined.

In total, a record £69million was donated to British political parties in a period dominated by the General Election, according to the Electoral Commission.

Some £8.7million of the £9.8million received by Labour was given by trade unions. 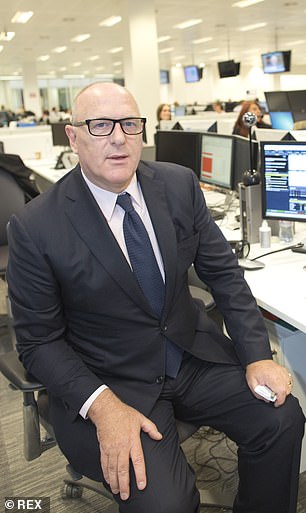 Peter Cruddas, who donated £50,000 to Mr Johnson’s campaign for the Tory leadership, is one of 28 people that the PM has recommended as Tory peers

The party’s biggest contributor was Unite – run by Len McCluskey – which made donations totalling £4.9million.

The Lib Dems amassed a war chest of £13.4million, which included £8million from Lord (David) Sainsbury, believed to the biggest ever single donation to a political party.

Despite the big cheque, the party lost seats including that of its leader Jo Swinson.

The former chairman of Sainsbury’s supermarkets, who served as a science minister under Tony Blair, was one of the biggest losers of the 2016 EU referendum campaign after spending nearly £8million trying to avert Brexit.

The Brexit Party took £7,150,000 in donations and the SNP £54,169. Over the course of the year, British political parties accepted donations of more than £113million, another new record.

This is almost £40million more than was donated in the previous general election year of 2017.

Louise Edwards, the director of regulation at the Electoral Commission, said: ‘In the final three months of 2019, political parties reported accepting the highest value of donations in one quarter since our records began.

The value of the donations accepted by parties in the last quarter exceeded the previous high, from 2017, by almost £28million.

While there is no limit to the value of donations political parties can accept, spending rules are in place during elections to keep the campaign fair.’

Mr Cruddas, who donated £50,000 to Mr Johnson’s campaign for the Tory leadership, is one of 28 people that the PM has recommended as Tory peers.

He resigned as the Conservatives’ co-treasurer in 2012 after offering undercover reporters access to David Cameron in exchange for £250,000 in donations. 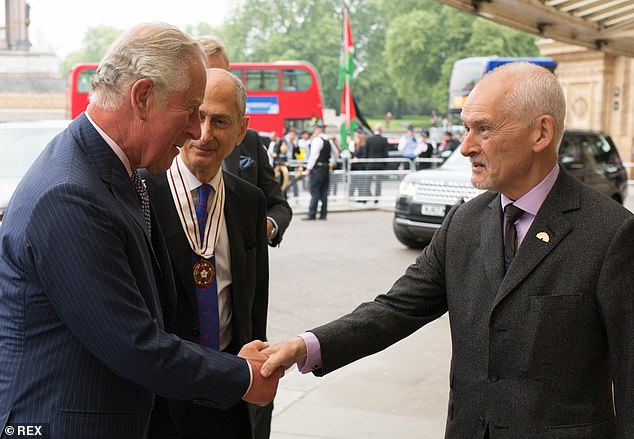 Mr Spencer was rejected for a peerage in 2016 after being nominated by Mr Cameron.

At the time, Icap – the City broking firm through which he made his name and fortune – was still facing controversy after being fined £55million in 2013 for rigging a benchmark rate.

Mr Spencer was not himself implicated and the investigation has since closed.

The PM has submitted his list of nominations to the Lords Appointments Commission, which will vet them before next month’s announcement.