Three patients have tested positive for coronavirus at a hospital close to the Queen’s Norfolk estate, it emerged last night.

They were diagnosed at the Queen Elizabeth Hospital (QEH) in King’s Lynn, just six miles from Sandringham – where the Duke of Edinburgh now lives after withdrawing from public life.

The three cases are believed to have been taken to hospital with symptoms – rather than develop them after being admitted – and it is understood that they were yesterday placed in isolation. The NHS trust that runs the hospital yesterday suspended visits to all wards and departments with the exception of children’s services, neonatal wards and patients approaching the end of their lives. 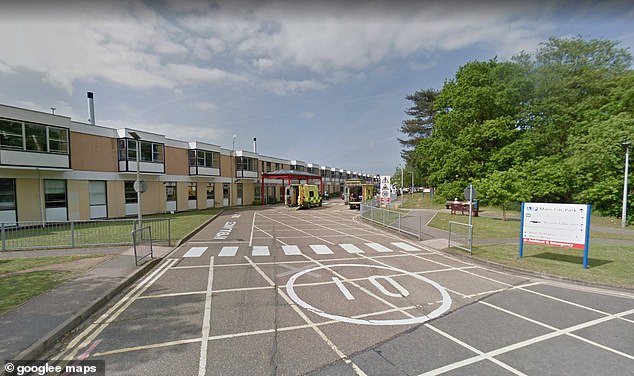 Three patients at Queen Elizabeth Hospital in Kings Lynn, pictured, have been diagnosed with coronavirus. The trio are not believed to have acquired the disease while in the facility 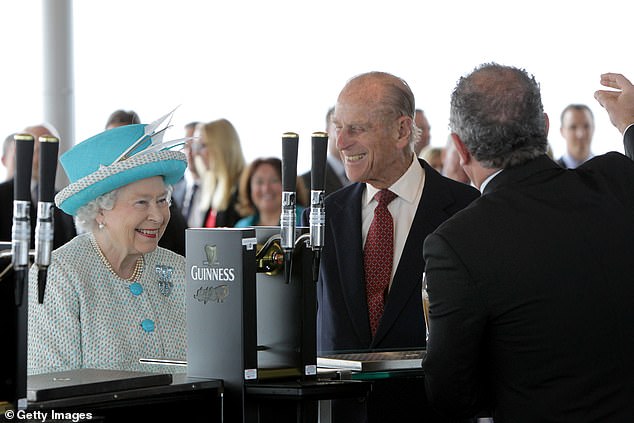 The Duke of Edinburgh, pictured with Queen Elizabeth, left, lives six miles from the hospital. He was treated in the unit following his car accident last year

Patients and relatives arriving at the front entrance to the hospital discovered a notice saying: ‘Visiting is suspended across all wards/departments.’

It added: ‘We can appreciate this may be frustrating for the family and friends of patients, but we can assure you that is the safest precaution to take at this time.

‘As per usual practice, the ward staff will contact you if the person becomes seriously ill.’

The trust said a ‘contact tracing’ exercise had been launched to find anyone who might have had close contact with the three patients, including relatives and staff.

In a statement, the NHS trust added: ‘We have asked our ward managers to use their discretion when giving access to visitors. Based on current evidence, Covid-19 presents with flu-like symptoms including a fever, a cough or difficulty breathing.’

The QEH’s chief nurse Libby McManus said: ‘Patients with appointments or who need to attend for urgent or emergency care should still come to hospital unless they are informed otherwise.’

Hospital bosses are believed to have texted staff with the news.

The QEH is the local NHS hospital for the Duke of Edinburgh, 98.

The Royal had a precautionary check-up there after his car accident on the Sandringham estate last year. His Land Rover overturned after Philip, who was at the wheel, pulled out of a side road and hit an oncoming car.

He was helped out of the stricken vehicle but suffered only cuts and bruises. The Queen Mother was also taken to the hospital in January 1998, when she was aged 97, after fracturing her hip in a fall at Sandringham.

She was later transferred to the King Edward VII Hospital in London. The Queen opened a £3million MRI scanner unit at the QEH in 2013.