State Treasurer Tim Pallas has proposed a financial sweetener of up to $5000 for 10,500 people who buy new electric vehicles, as part of the government’s push to see its controversial electric vehicle tax become law.

But the proposed subsidy has been greeted with incredulity by some in the automotive industry, and was described by the managing director of Volkswagen Group Australia, Michael Bartsch, as a “thought bubble response to placate justified criticism of a thought bubble tax”. 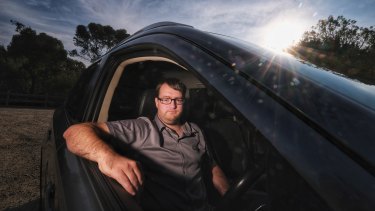 Tim Stewart lives in a regional area and bought a plug-in hybrid for flexibility but says the electric vehicle tax would make it expensive. Credit:Luis Enrique Ascui

On Wednesday the Federal Chamber of Automotive Industries, which represents car manufacturers and importers, emailed its members with information about the proposed subsidies it had been given by Mr Pallas’ office.

This email, seen by The Age, says Mr Pallas is considering these incentives as part of the electric vehicle user charge bill currently before Parliament. The bill is expected to be debated in the lower house on Tuesday.

The chamber told its members Mr Pallas was proposing a total of 10,500 subsidies for people who bought new electric vehicles, worth a total of $36 million (or $40 million including the $4 million cost of delivering the program).

The incentives would be available on new zero-emissions vehicles cars under $69,000, but consumers who bought plug-in hybrids would not be eligible.

The maximum rebate would be $5000 and the minimum would be $2500, with a greater number of subsidies offered as the scheme progressed, but of lower value.

If passed, the bill will mean drivers of battery electric, plug-in hybrid and hydrogen vehicles will pay a road user charge worth, on average, 2.5 cents a kilometre, or between $230 and $260 a year.

Mr Pallas has said the charge would establish the necessary tax infrastructure as electric vehicle uptake grows towards an anticipated 26 per cent of all cars in Australia by 2030.

But leading car makers and environmental groups have branded the Victorian government’s plan to impose a tax on electric vehicles the “worst electric vehicle policy in the world”. 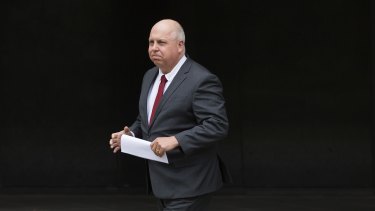 Mr Bartsch said “parochial” state-based policies like this one, coupled with the federal government’s unwillingness to countenance emissions targets, would ensure other markets were prioritised for the production of electric vehicles.

The Electric Vehicle Council said the tax will stifle an emerging industry that will need to grow if Victoria is to meet its own pollution targets, and said the 10,500 subsidies were “totally inadequate”.

“This rebate is a politically-focused gift to try and smooth the passage of the bill through the Parliament,” said chief executive Behyad Jafari. “It’s good the Treasurer recognises there is a need for an incentive to complement the tax … but this is a very small incentive program.“

Mr Jafari said subsidies should be available to 100,000 new electric vehicles, which would represent about 2 per cent of all cars in Victoria, and be in line with other jurisdictions in Europe and the US.

Victoria’s greenhouse gas emissions have declined due to considerable cuts in the electricity sector but emissions from transport remain the second-largest and fastest-growing source in the state.

The government is poised to reveal its long-overdue climate emissions reduction targets for 2025 and 2030 for all sectors, including transport.

Bullengarook resident Tim Stewart bought a Mitsubishi Outlander plug-in hybrid electric vehicle six years ago because he wanted a car suitable for regional areas and his work as an Uber driver in the city.

He drives about 600 kilometres on a tank of fuel, which costs about $60, and if the tax was introduced he would pay an additional $10 per tank.

“You do that year after year and it’s going to add up quickly and make the car useless,” Mr Stewart said. “I brought it to be cheap to run, and it’s not going to be. So why would I want to own it?”

On Thursday, NSW Treasurer Dominic Perrottet flagged imposing a distance-based tax on electric vehicles but not before a more substantial take-up of the technology to avoid impeding early growth.

Federal Chamber of Automotive Industries spokesman Peter Griffin declined to comment on the email, but said the chamber was on the record as not supporting this legislation.

Road user charges should be part of a national, broad approach that was not technology specific, Mr Griffin said.

“This might act disincentive for electric vehicles, which are still in their infancy,” Mr Griffin said. “We don’t see the logic in applying this charge right now.”

A government spokesperson said it continues to support the transition to zero and low emissions vehicles consistent with the state’s zero emissions target by 2050.

“We’re ensuring all motorists contribute their fair share to the cost of funding Victorian roads and road-related infrastructure.”