On a sunny Saturday morning in April, Trent Williams phoned his dad.

The passionate scuba diver and marine educator was getting ready to dive at a shipwreck site near Queenscliff. It was a present his father had organised for his birthday.

The 47-year-old father of three had been diving since he was 17. 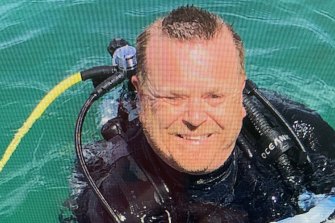 “I spoke with him every day that week about his planning and preparation,” his father Rod Williams said. “And I spoke to him that morning because I was looking after his kids.”

It was the last time Rod Williams spoke to his son.

On Friday, WorkSafe issued an urgent warning to divers who may have filled up their air tank or cylinder at Cross Diving Services in Marlo. Inspectors found three cylinders at the site contained carbon monoxide levels of at least 150 parts per million (PPM), 30 times the maximum allowable amount.

Williams’ family and friends told The Age the Mount Martha man used a cylinder that had been filled up at the Marlo dive shop before his fatal April 9 dive. His death is the only fatal diving incident under investigation by Worksafe.

A highly experienced diver, Williams had only been in the water for a matter of minutes when he noticed something was wrong.

He signalled to his buddy that things were not okay and headed to the surface. By the time he reached the top, he was unresponsive.

Members of his dive party pulled him into the charter boat where they were unable to revive him. Victoria Police are preparing a report for the coroner about Williams’ death.

As a result of the Worksafe investigation, Cross Diving Services in East Gippsland was prohibited from supplying air tanks, or cylinders, to customers or using their on-site compressor to fill them, due to the high levels of carbon monoxide detected.

In a statement issued to media, a Worksafe spokesperson said the dive shop’s owner was unable to provide WorkSafe with complete records of customers who had their air tanks or cylinders filled at the shop.

The owner declined to respond to The Age’s request for comment.

Air compressors work by pumping the outside air into the machine. The air is then cooled and compressed. Cylinders are then filled by this pressurised air, which is what divers use to breathe underwater.

Compressor specialist John McCormick said compressors needed to be properly set up, and their air quality needed to be regularly tested for safety reasons. 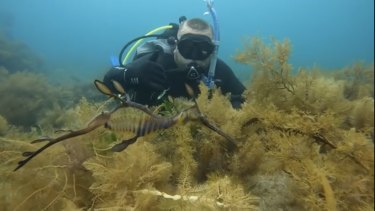 McCormick, who has run Scuba Repair and Service Centre in Melbourne for more than 30 years, gave two examples of how a compressor could have contaminated air.

“Most commonly, high levels of carbon monoxide could be near the air intake, which is then pumped into the compressor,” he said.

“Or in some rare cases, a compressor can have a breakdown or malfunction and produce carbon monoxide itself.”

McCormick also noted businesses that own a compressor do not have to be registered or accredited to use the machine commercially.

“The dive industry sort of regulates itself … there are standards they are supposed to follow,” he said. “Most do, but some might not know.”

Carbon monoxide poisoning can occur when it is inhaled at unsafe levels. Oxygen in the blood is replaced with carbon monoxide, depriving the brain of oxygen.

Symptoms can include tiredness, shortness of breath, headaches and dizziness. Those who suffer from high dose levels of carbon monoxide poisoning can experience cardiorespiratory symptoms, loss of consciousness and seizures, according to the Victorian Department of Health.

If not treated urgently, carbon monoxide poisoning is fatal.

In the past five years, WorkSafe has investigated two other unrelated scuba diving incidents.

Luke English, who attempted to revive Williams, remembers his friend as a “magnificent human being and ambassador to the ocean”.

Working as a marine educator, Williams drove around Victoria in a silver pickup truck with hand-made stickers of sea animals, teaching kids about marine ecology. He had recently been accepted by the University of Tasmania to study Antarctic and marine climate science.

He was also a leading campaigner in community efforts to stop the state government’s planned demolition of the Flinders Pier, which threatened the habitat of the endangered weedy sea dragon.

In January, Williams spoke to The Age about his career and marine advocacy work.

Rod Williams said he found comfort in the fact his son died doing what he loved most.

A guide to the environment, what’s happening to it, what’s being done about it and what it means for the future. Sign up to our fortnightly Environment newsletter here.