Home » World News » The Oregon wildfires are ‘knocking on the doorstep’ of Portland, authorities warn 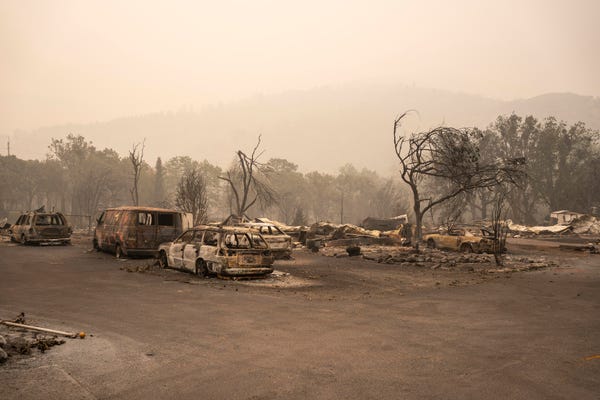 Wildfires in Oregon are "knocking on the doorstep" of Portland, according to local authorities.

The state's largest city is likely to require a "long-term recovery operation," Andrew Phelps, director for the Oregon Office of Emergency Management, warned.

The mayor of Portland declared a state of emergency on Thursday, as 500,000 Oregon residents were forced to flee their homes, as per Fox News.

"We've got most of Clackamas County, which borders on Portland, under at least a Level 1, in many cases Level 2 or Level 3 evacuation notices," Phelps told NPR.

"And that's the entire Clackamas County, which has a population of over 400,000 people. So it's knocking on the doorstep."

Level 1 means residents should pack up your valuables and listen out for official instructions, Level 2 signals preparedness to leave at a moment's notice. Level 3 is an order to evacuate immediately, Oregon Gov. Kate Brown said in a press briefing on Friday, as per Newsweek.

"I can't say this enough, if you are notified by emergency officials to evacuate, please do so immediately. You may not get a second chance," she said.

Phelps told NPR that further fatalities are "unfortunately an inevitability […] given the destruction that we've had and what our firefighters are reporting that they've seen.

The Santiam/Beachie Creek Fire sparked in Oregon's Opal Creek Wilderness in mid-August, but it spread massively over the past week due to extreme winds blowing through the area, Insider's Susie Neilson reported.

The Beachie Creek fire is now at 186,000 acres, official figures state, and it's one of at least 46 burning in the state.

"This could be the greatest loss of human lives and property due to wildfire in our state's history," Gov. Brown said on Wednesday, according to Oregon Public Broadcasting.

More than 85 major fires are burning up and down the West Coast, from northern Washington to Southern California.

California's 10 largest wildfires ever have all occurred since the year 2000, five of which have been this year, Neilson reported.

The state's land is becoming drier and hotter due to climate change, leading to bigger and more frequent fires.