Every little helps! Tesco staff are rewarded with a personalised PEN for helping one of the supermarket giant’s stores make £1million in sales over Christmas

A Tesco store manager is rewarding his staff for smashing their pre-Christmas sales target by ordering them specially embossed pens.

The store, based in Stroud, Gloucestershire is entering staff in a competition to win a new television set and giving everyone a special pen.

The pens will customised with the message: ‘I helped take a million Xmas 2021 Thank you.’

Tesco staff in Stroud, Gloucestershire are to receive specially personalised pens after the store exceeded their pre Christmas target by selling more than £1 million n goods over the festive period 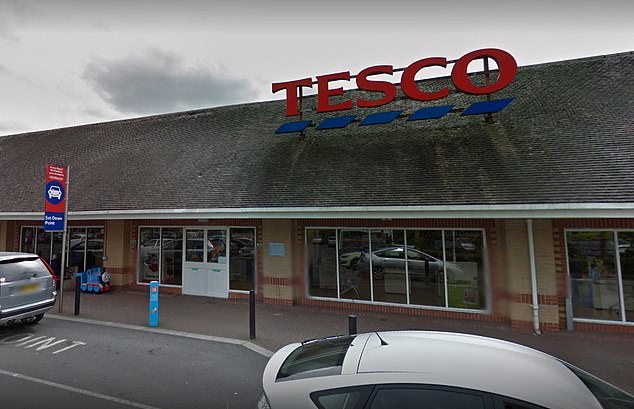 As well as the pens, staff at the store will be entered into the draw for a free television

The offer was attached to a staff noticeboard in the store in Stroud. It advised: ‘

‘This is an outstanding achievement from everyone and was better than store budget.

‘As for the chance of winning a TV – I presume the heavily discounted LG in the Tesco shop – I wonder how much the manager and his assistants will be getting in bonus?’

Tesco said ‘Colleagues at our Stroud store have done an amazing job over the past year and we have a range of measures in place to thank them for all their hard work including a doubling of the usual colleague discount in the run up to Christmas and in-store activities, such as a free prize draw to win a TV and other prizes.

‘The pen is in addition to those and is a small personal thank you from the store manager.’