A DIVER fought off an 8ft hammerhead shark with his camera stick while spearfishing off the coast of Australia.

Dion Creek, from Queensland, was hunting alone for crayfish in Magpie Reef near Princess Charlotte Bay when the shark struck. 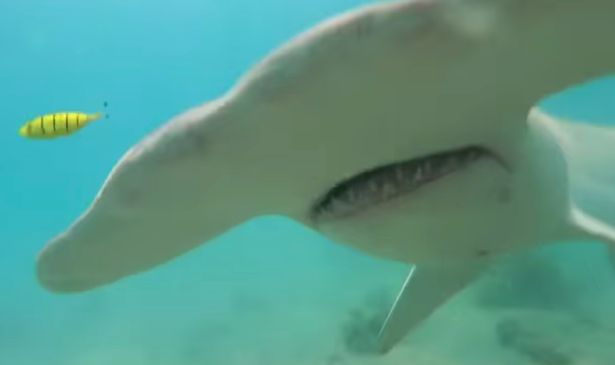 The terrifying moment was caught on camera and shows the enormous shark appearing from nowhere and darting towards the diver.

As the shark lunges towards Dion, the video shows the diver tumbling in the water, with flashes of the shark’s thrashing fins and tail.

The diver seems to push the shark away before reaching upwards to escape the apex-predator.

The dad-of-one later re-lived the terrifying moment in an interview with 9News.

Mr Creek said: "I was about to adjust the camera, I just caught the shark coming out the corner of my eye."

The diver explained how he was forced to shove the 8ft shark with his camera stick three times before he could free himself.

He said: "I pushed the first time, it came at me again. I hit it the second time and I pushed it away the third time, just to push away from it.

"I was the only person in the water, there were only two people in the boat. 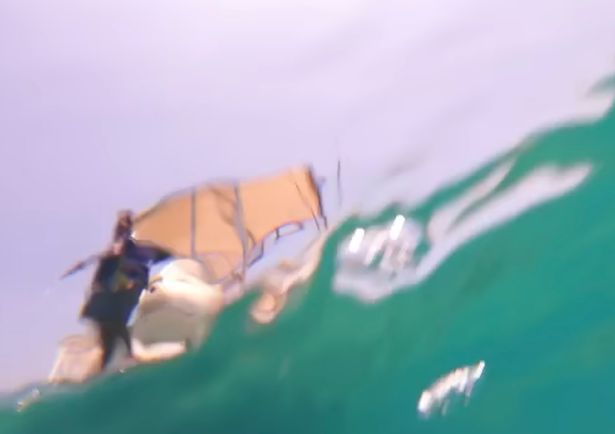 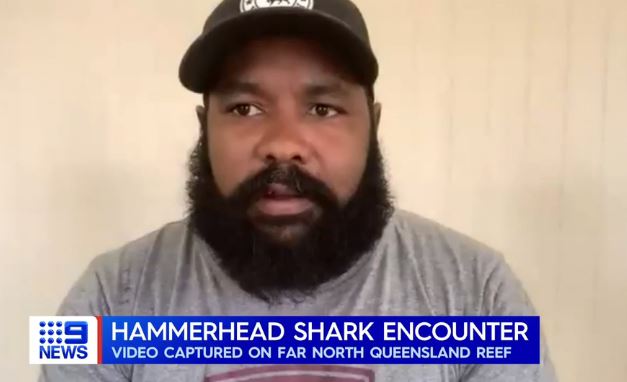 "Looking back on it I'm actually quite lucky, but at the time it didn't faze me.

"I don't want to be a statistic so next time I need to be more careful and take some more safety precautions and have another diver in the water.”

The dad joked after surviving his brush with danger: “Next week I’ll be buying a lottery ticket.”

After the shocking encounter on Wednesday, November 25, Dion shared the video on social media, saying: "Diving for crayfish. Next minute this 6-8f Hammerhead Shark came out of nowhere!

Hammerhead sharks are successful predators and can range in size from 2ft 11 to over 19ft.

A hammerhead shark has 17 rows of teeth and largely feeds on octopi and other fish.

While few attacks by hammerhead sharks have been recorded, its gargantuan size and ferocity can make them potentially dangerous to humans. 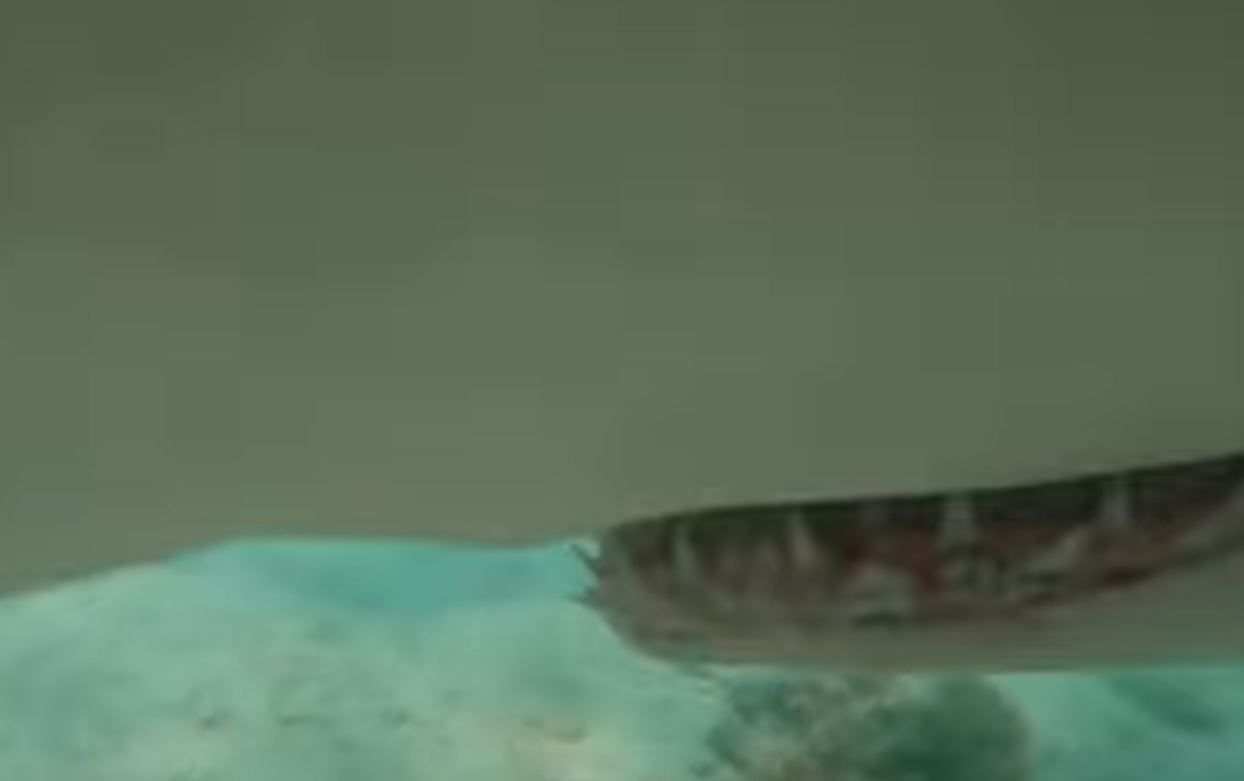 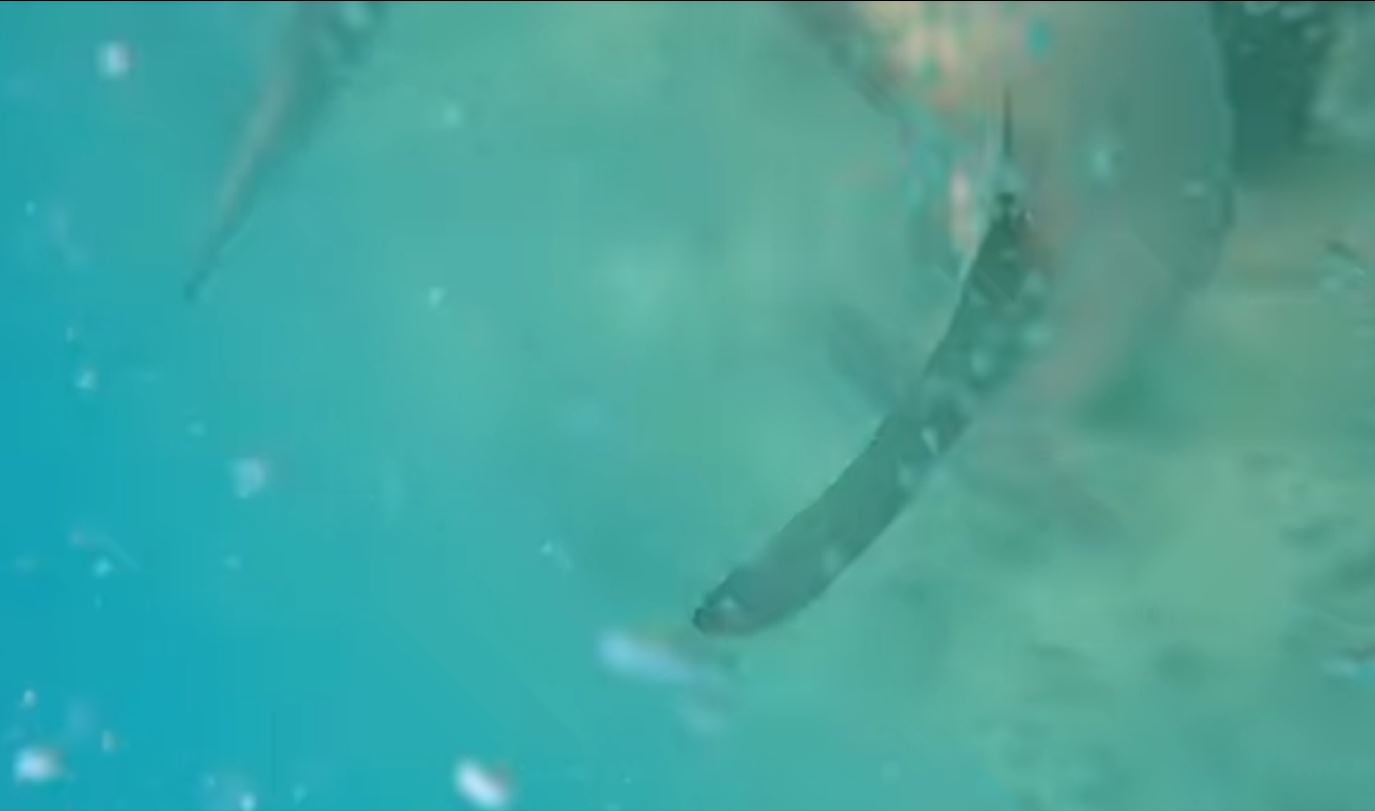