Winter roars back! Temperatures will plunge to -10C this weekend with Big Freeze forecast after days of sunny spring-like weather

Britain is bracing itself for another Big Freeze after forecasters warned that plunging temperatures could soon be sweeping across the UK – with some areas expected to see mercury levels plummet to a chilling -10C by the weekend.

The balmy temperatures enjoyed by hundreds of Britons in recent weeks could soon be put to a halt as a cold front makes its way across the UK and sends thick fog, heavy showers and freezing temperatures across the nation.

Forecasters predict mercury levels will plummet over the weekend before gradually becoming cooler over the next week, with temperatures expected to be as low as -4C for most of the the country and the glens in Scotland predicted to be hit by -10C by Saturday morning.

Tonight will see thick fog developing across eastern and central England before showers move from the south-west into Wales and central and southern England. 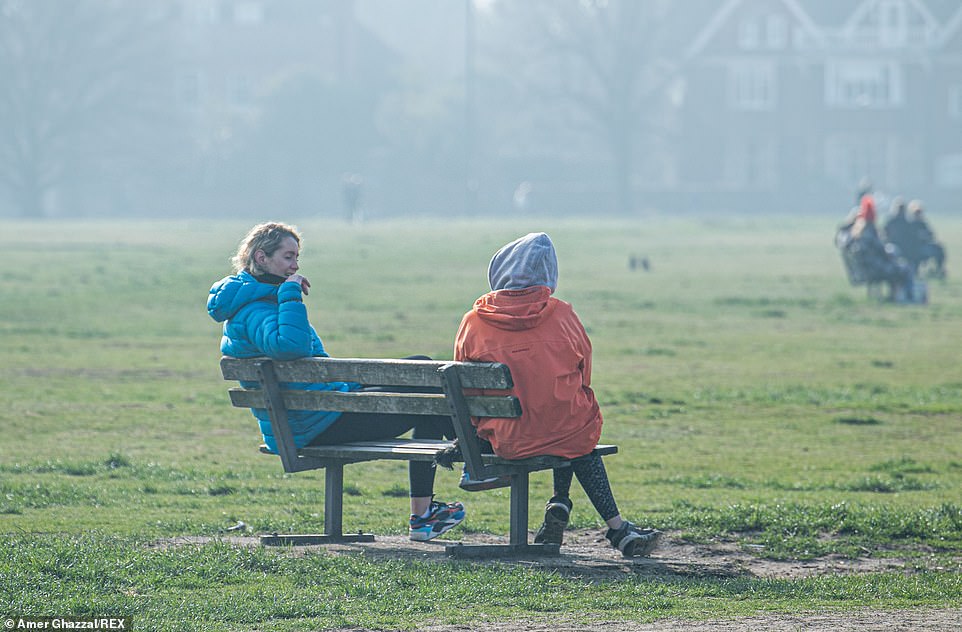 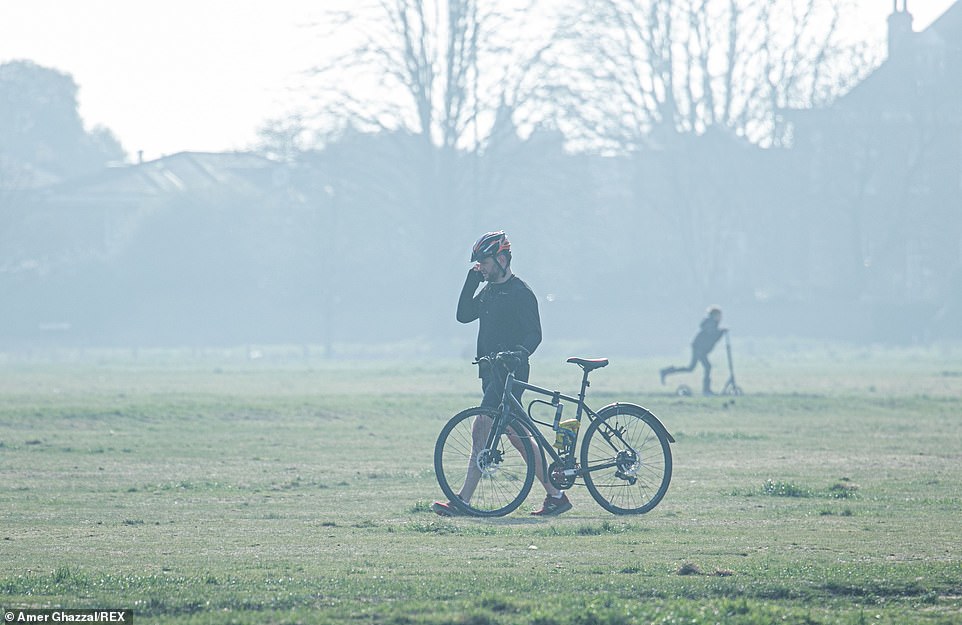 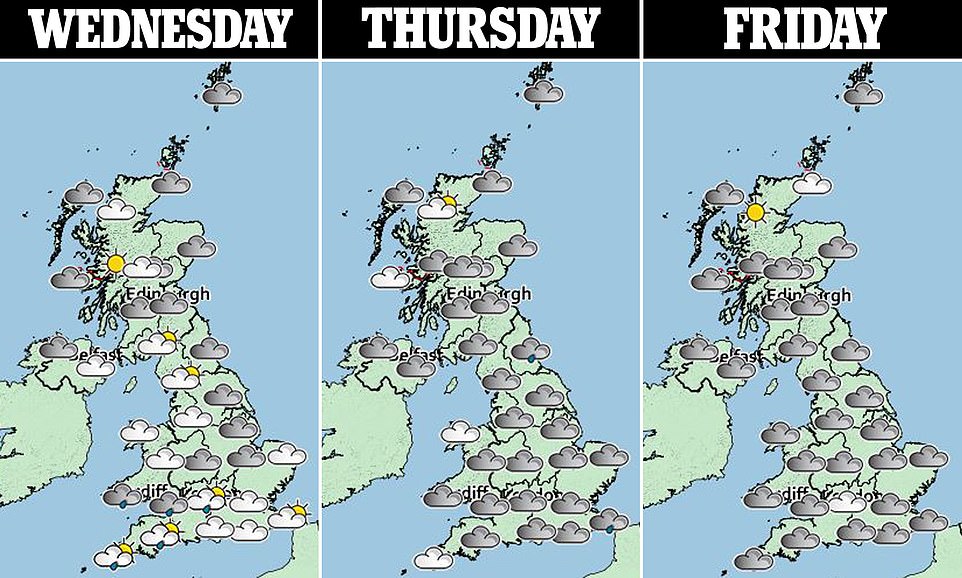 However by Thursday the country will begin to see temperatures drop as low cloud and rain push into the far northwest.

Speaking about the forecasted -10C, Met Office forecaster Matthew Box told MailOnline: ‘The glens in Scotland might reach that figure for Saturday perhaps. It’s not out of the question!’

He added: It’s going to get a lot colder for the weekend. We’ve got cold air coming in on a northerly wind but it will be relatively settled at least for the first part of the weekend with a combination of cold air and clear skies.

‘On Wednesday we’ve got plenty of low cloud and fog for parts of eastern and central England and the best of the sunshine will be in the northwest of the UK. Top temperatures tomorrow will be 13-14C.

‘By Thursday we will still have the showers across the south and we’ve also got rather cloudy conditions across eastern and central parts of the UK.

‘We have got a cold front pushing into parts of eastern Scotland and northern England on Thursday. There will be some rain and a few showers behind it.

‘Friday is looking like a nice day, fairly settled and mild to light showers and little bit of cloud bubbling up during the day. But because of that cold front temperatures are going to drop off a little bit.’

Last month saw the highest and lowest temperatures of the UK’s winter season recorded, with some parts of the east coast having their wettest winter on record.

Cold conditions from the east brought temperatures down to -23C at Braemar in Aberdeenshire on February 11, the lowest temperature in the UK since 1995 and the lowest in February since 1955, according to the Met Office. 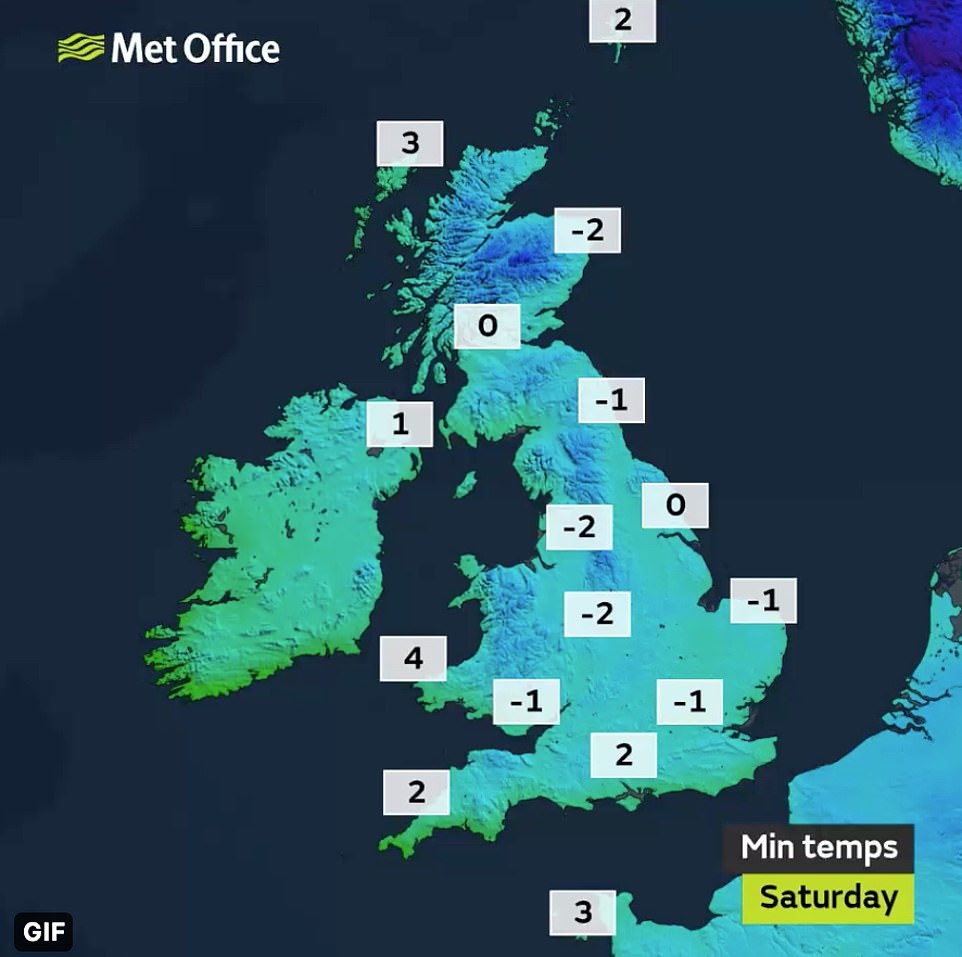 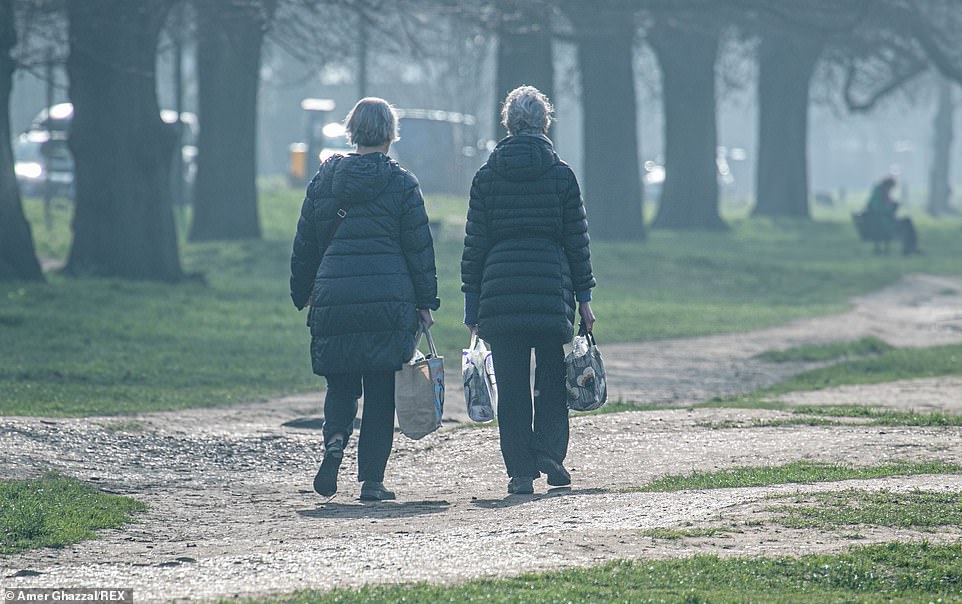 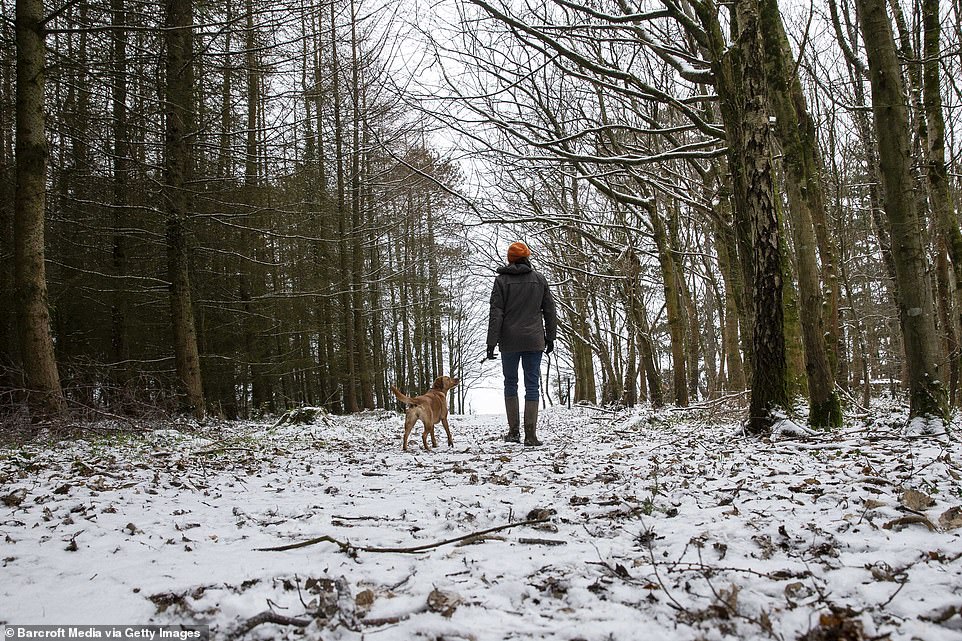 Balmy temperatures enjoyed by Britons in recent weeks could soon be put to a halt as a cold front making its way across the UK. Pictured: A person walks a dog through snowy woodland near Cardiff in February as the 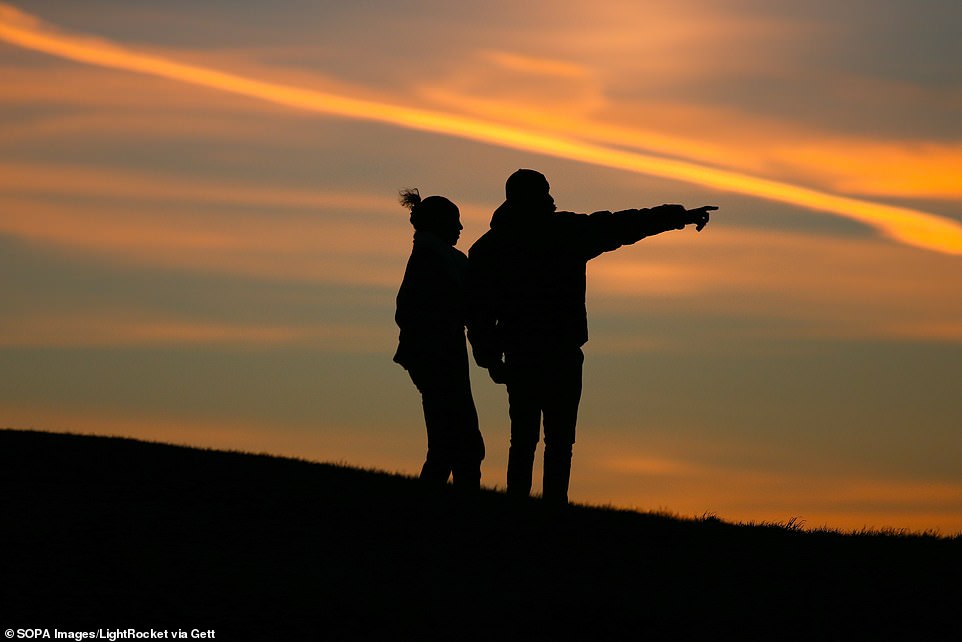 Forecasters said a southerly flow brought warm weather from the Canaries and Africa and led to the season’s highest temperature of 65F at Santon Downham in Suffolk on February 24.

Dr Mark McCarthy, head of the Met Office National Climate Information Centre, said: ‘February 2021 has seen a wide temperature range resulting from the two predominant weather patterns we’ve seen this month, with the first half of February experiencing some bitterly cold easterlies originating from Russia, and recent days seeing the influence of air coming from the Canary Islands.

‘Minimum temperatures of below -20 were more frequent historically, but have become scarcer, while winter temperatures above 18C have become a little more regular, with four of the last five winters recording such events. Historically they were extremely infrequent events.

‘Our winters are changing and as we have seen we can still receive cold snaps. It’s just that those extremes won’t be quite as cold or as frequent as they once would have been.’

The approaching chill comes as Department of Health bosses recorded another 6,391 cases of coronavirus today— down by a quarter week-on-week.

The UK’s weekly infection rate has now dipped below 100 cases per 100,000 people for the first time since September and daily deaths have also plunged by 37 per cent with another 343 victims added to the Government’s official figures.