Teenager, 19, is seriously injured after shooting near a nursery school in Coventry

A 19-year-old man has been shot in the back in broad daylight near a nursery school in Coventry.

The victim suffered a ‘serious injury’ to his back and was rushed to hospital after receiving trauma care at the scene. 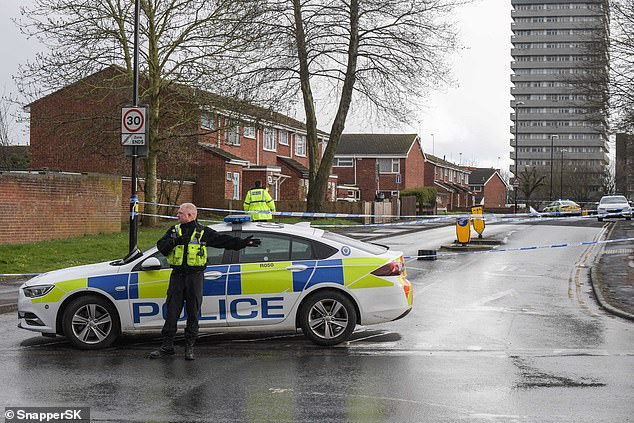 Police were called to the scene, pictured, just after 2.30pm today. A 19-year-old teenager has been left seriously injured after a shooting near a nursery school in Coventry 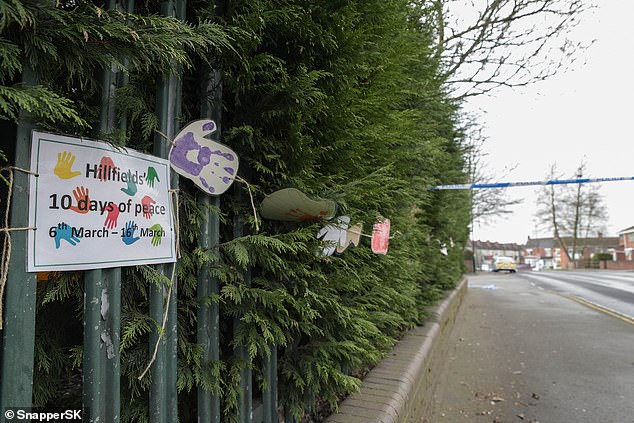 The incident happened just outside Hillfields Children’s Centre & Nursery School, which is located on Clifton Close.

Police have closed off the area to start investigations.

Coventry Police said: ‘We are currently on Arnside Close near to the junction of Clifton Street in the Hillfields area of Coventry, after a report of a shooting incident just after 2.30pm today.

‘A 19-year-old man was found with a serious injury to his back and has been taken to hospital. 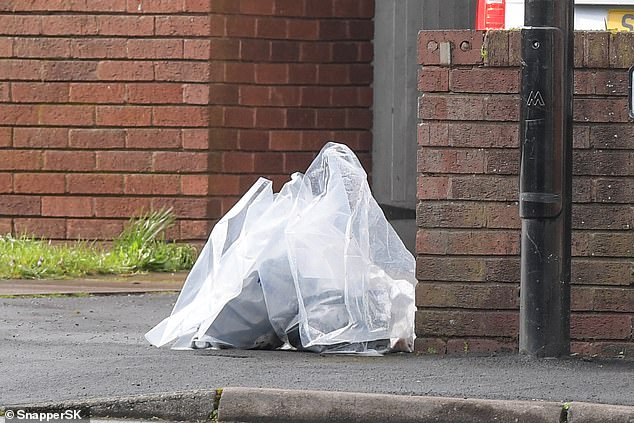 Several evidence bags lie propped against a wall on Arnside Close. The victim had a ‘serious injury’ to his back and was rushed to hospital 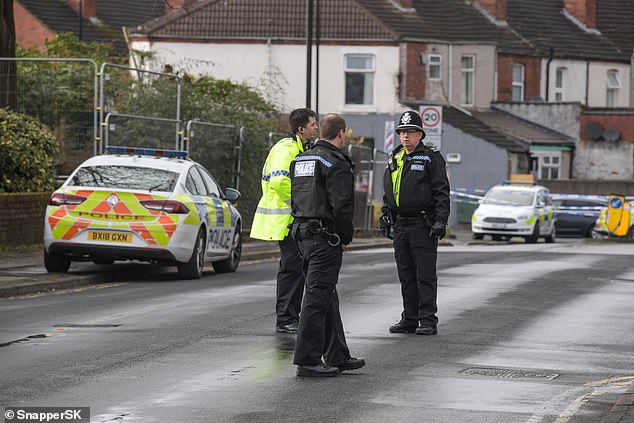 West Midlands Police have cordoned off the area which surrounds the nursery. They have asked motorists to ‘avoid the area if possible’ 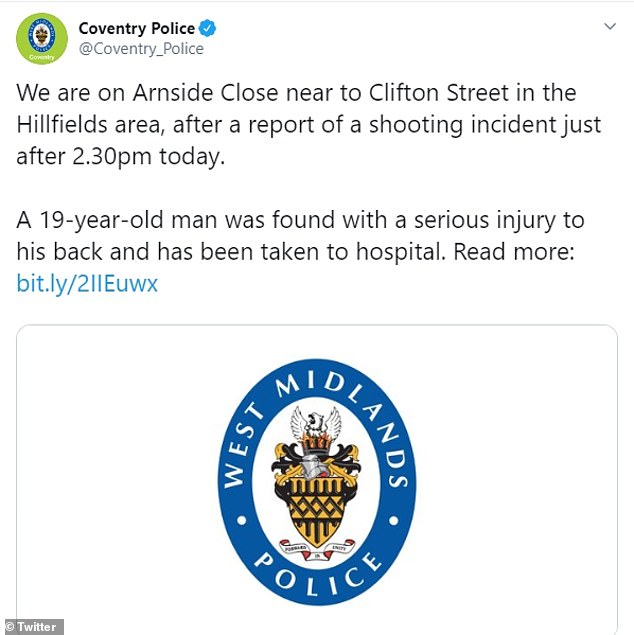 ‘The area has been cordoned off as investigations begin and motorists are asked to avoid the area if possible.’

Anyone with information is urged to contact police via Live Chat at west-midlands.police.uk between 8am and midnight, or call 101 anytime.