The U.S. figure skaters who placed second in the team event last week will receive Olympic torches as holdover gifts for their medals while the doping scandal surrounding Russian Kamila Valieva is sorted out, the Associated Press reported on Wednesday.

International Olympic Committee (IOC) president Thomas Bach made the offering in a private meeting with skaters in Beijing, per the AP. Bach reportedly reiterated to the team the IOC's stance that there will be no medal ceremonies held for events in which the 15-year-old Valieva made the podium.

The torches used during the traditional Olympic flame relay have already been given to Team USA staff to present to the athletes, per the report. 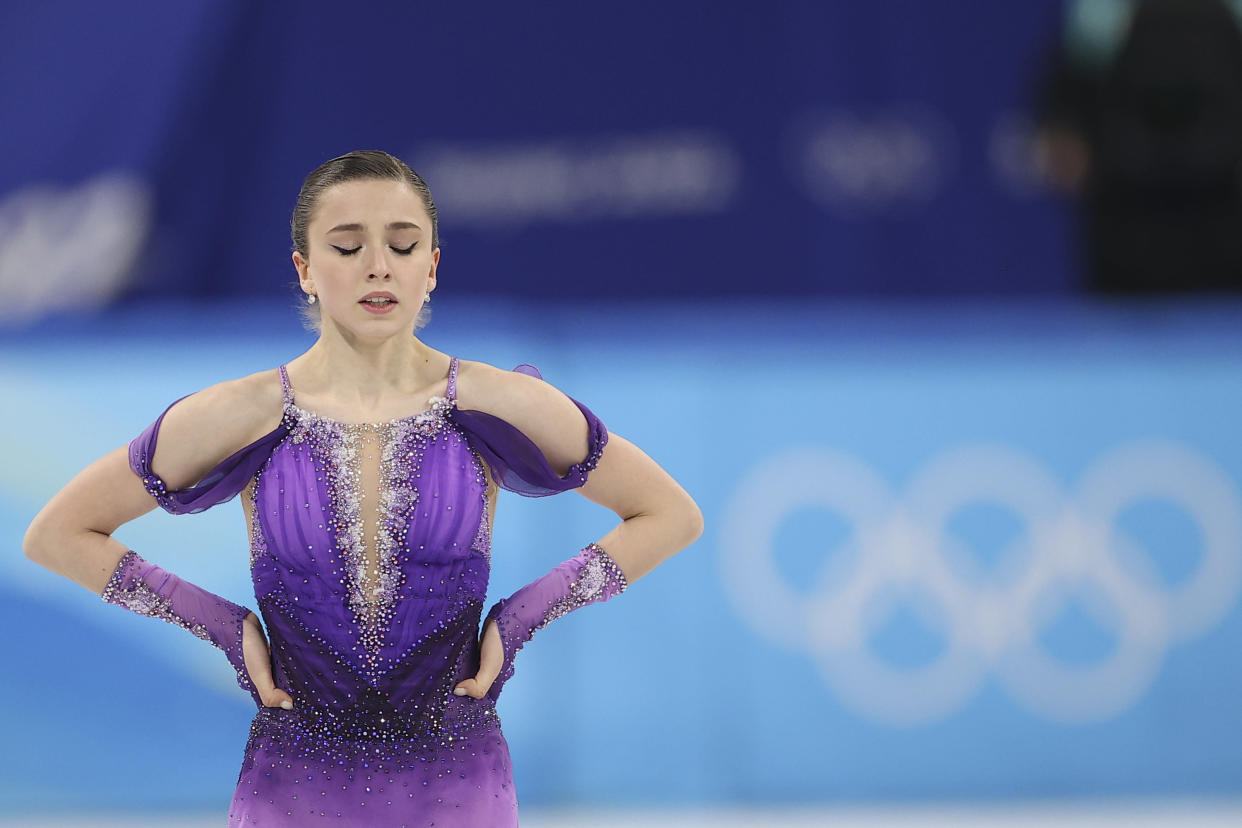 The Russian team, labeled the Russian Olympic Committee (ROC) as punishment for the country's high-level doping scheme at the 2014 Sochi Olympics, finished in first place in the team event. Valieva landed the first-ever quads in the women's free skate to send the Russians to victory with 74 points.

The U.S. placed second with 65 and Japan came in at third with 63. Canada had 53 points for fourth.

Shortly after the event, the medal ceremony was postponed and reports of Valieva's failed drug test surfaced. The Court of Arbitration for Sports (CAS) ruled a day before the women's event this week that Valieva was able to compete while her case makes its way through the system.

The CAS cited Valieva's status as a "Protected Person" because she is under the age of 16, which has the figure skating world considering the topic of age limits on senior competition. It also said not allowing her to compete "would cause her irreparable harm," though there was no such consideration for other medalists who are not able to have their moment.

Valieva tested positive for a banned drug called trimetazidine. A document submitted by the World Anti-Doping Agency (WADA) at her hearing showed that the skater admitted to taking two other similar substances similar to it, though neither is banned. The use of them has raised questions, particularly about the validity of her reasoning for testing positive.

The IOC made the decision to delay any medal ceremonies if Valieva were to make the podium — she's a favorite to win gold in the women's event — and it expanded the qualifying number by one.

“In the interest of fairness to all athletes and the (nations) concerned, it would not be appropriate to hold the medal ceremony for the figure skating team event during the Olympic Winter Games Beijing 2022,” the IOC said in a statement, “as it would include an athlete who on the one hand has a positive A-sample, but whose violation of the anti-doping rules has not yet been established on the other hand.”

U.S. Olympic and Paralympic CEO Sarah Hirshland pushed back on the decision and said in a statement they are "disappointed by the message this decision sends."

"This appears to be another chapter in the systematic and pervasive disregard for clean sport by Russia," Hirshland said in a statement. "We know this case is not yet closed, and we call on everyone in the Olympic Movement to continue to fight for clean sport on behalf of athletes around the world."

Valieva currently leads the women's event after the short program. It continues Thursday night in Beijing (Thursday morning in the United States).