Istanbul: The Turkish army suffered mass casualties in an airstrike in northwest Syria late Thursday, an attack that could dramatically change the course of the Syrian war. 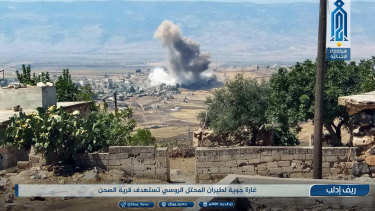 Smoke rising over buildings that were hit by Russian airstrikes, in al-Sahan village, Idlib, Syria in 2018. Credit:AP

At least 22 Turkish soldiers were killed, said Rahmi Dogan, the Turkish governor of the southern province of Hatay, where the Turkish casualties were arriving.

News reports citing social media messages and the Syrian Observatory for Human Rights, a war monitoring group, put the number of Turkish dead as high as 34.

He has been calling for Syrian government and Russia forces to cease their two-month offensive in Idlib province and to pull back from Turkish positions, which have been encircled and cut off by Syrian government forces. 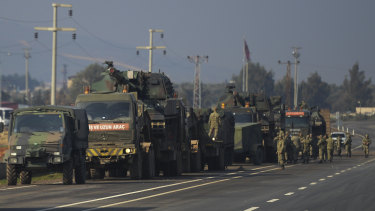 Turkish officials said the strike had been carried out by Syrian government forces, but Russian jets have been conducting most of the airstrikes in the area in recent weeks.

Russian officials could not be reached for comment late Thursday.

Turkey has lost 13 soldiers since deploying reinforcements into the province in recent weeks which has caused growing concern in Turkey.

The main opposition party has questioned the wisdom of Turkey's involvement without air support or American or NATO support. 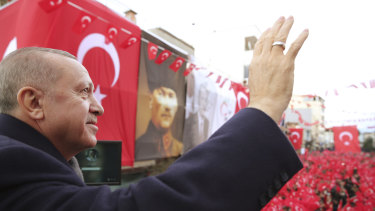 The attack occurred on a Turkish observation post at Al Bara, south of Idlib city. The post is one of 12 Turkish positions set up over a year ago as part of a de-escalation agreement with Russia.

A Turkish military convoy travelling to resupply the post on Thursday first came under attack and then jets bombed the post itself, Abu Yahya, a senior official of the Turkish-backed Syrian fighting force in Idlib province, said in an interview.

No Syrian fighters were hurt in the bombing.

The resupply convoy and the post were solely Turkish.

They captured the town of Saraqib on the main M5 highway through the province on Wednesday and were engaged in fierce battles further south on Thursday.