TREASURY Secretary Steven Mnuchin said that he believed it was possible that the U.S. could open back up for business on May 1 in spite of 6.6 million further layoffs this week alone.

He made his comments as the Chair of the Federal Reserve, Jerome Powell, said that the US economy is deteriorating at an unprecedented speed while coronavirus consumes the US.

To stop the "alarming" economic trend, the Federal Reserve today announced new moves designed to get another $2.3 trillion of financing for businesses and municipalities.

The relief could not come quickly enough.

16.6 million people have now filed for unemployment due to coronavirus over the last month, a number that is expected to keep growing as states deal with their respective backlogs.

In spite of this and the pandemic sweeping the country, the White House seems to have set a three-week target to get things back to the way they were.

'A BIG INTERNAL PUSH FOR MAY 1'

A senior White House official told Axios that there is a big internal push for May 1, because that's the end of the administration's "30 Days to Slow the Spread."

White House economic adviser Larry Kudlow has made a similar prediction, saying on Monday the economy can "snapback" from the damage done by the coronavirus in the next four to eight weeks.

He told White House reporters: "I still believe, given our assistance package and hope and maybe prayer that we're at a four to eight week period, we can get a pretty good snapback, a good snapback. That's my hope."

The growing consensus among financial and health experts, including leaders at the Fed, is that the US will suffer a heavy economic toll from the virus as a knock-on effect of the poor initial response.

During a Brookings Institution webcast, he said today: “People have been asked to put their lives and livelihoods on hold, at significant economic and personal cost.

“We are moving with alarming speed from 50-year lows in unemployment to what will likely be very high, although temporary, levels.” 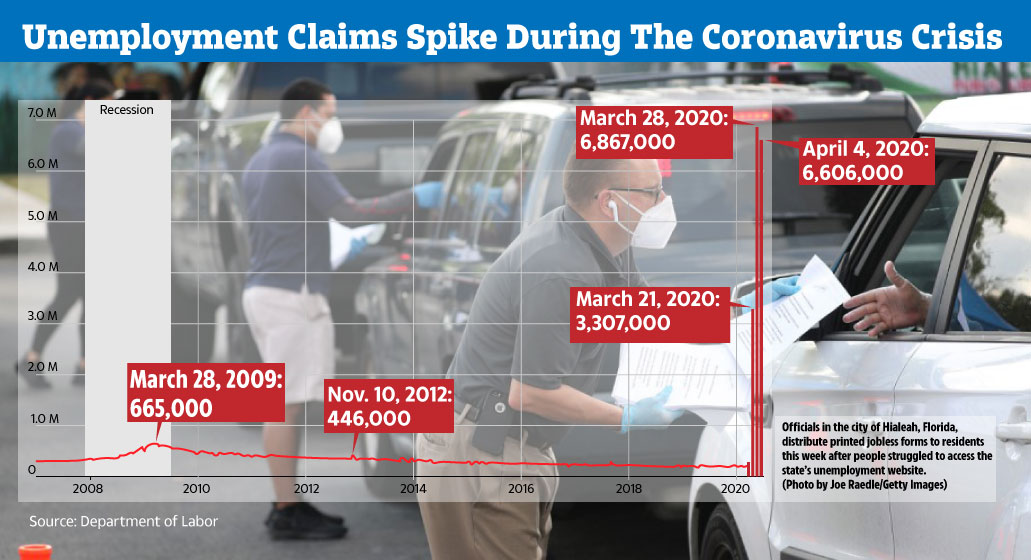 Powell said the burdens of the shutdown are “falling most heavily on those least able to carry them,” and he vowed to do everything he can to help.

As of Thursday, April 9, roughly one in 10 workers have lost their jobs in just the past three weeks — and more than 20 million Americans may lose jobs over the rest of the month.

In a later interview with MSNBC, he conceded that re-opening the economy "Is not a judgment that is assigned for the Fed to make", levying permission to reopen businesses on the advice of health officials.

He contradicted Mnuchin's prediction by indicating that things will not likely return to normal until after July, but called for robust plans to be put in place before any action is taken.

Powell continued: "I do think it’s time to have a serious public conversation and a lot of analysis.

“We need to have a plan, nationally, for reopening the economy." 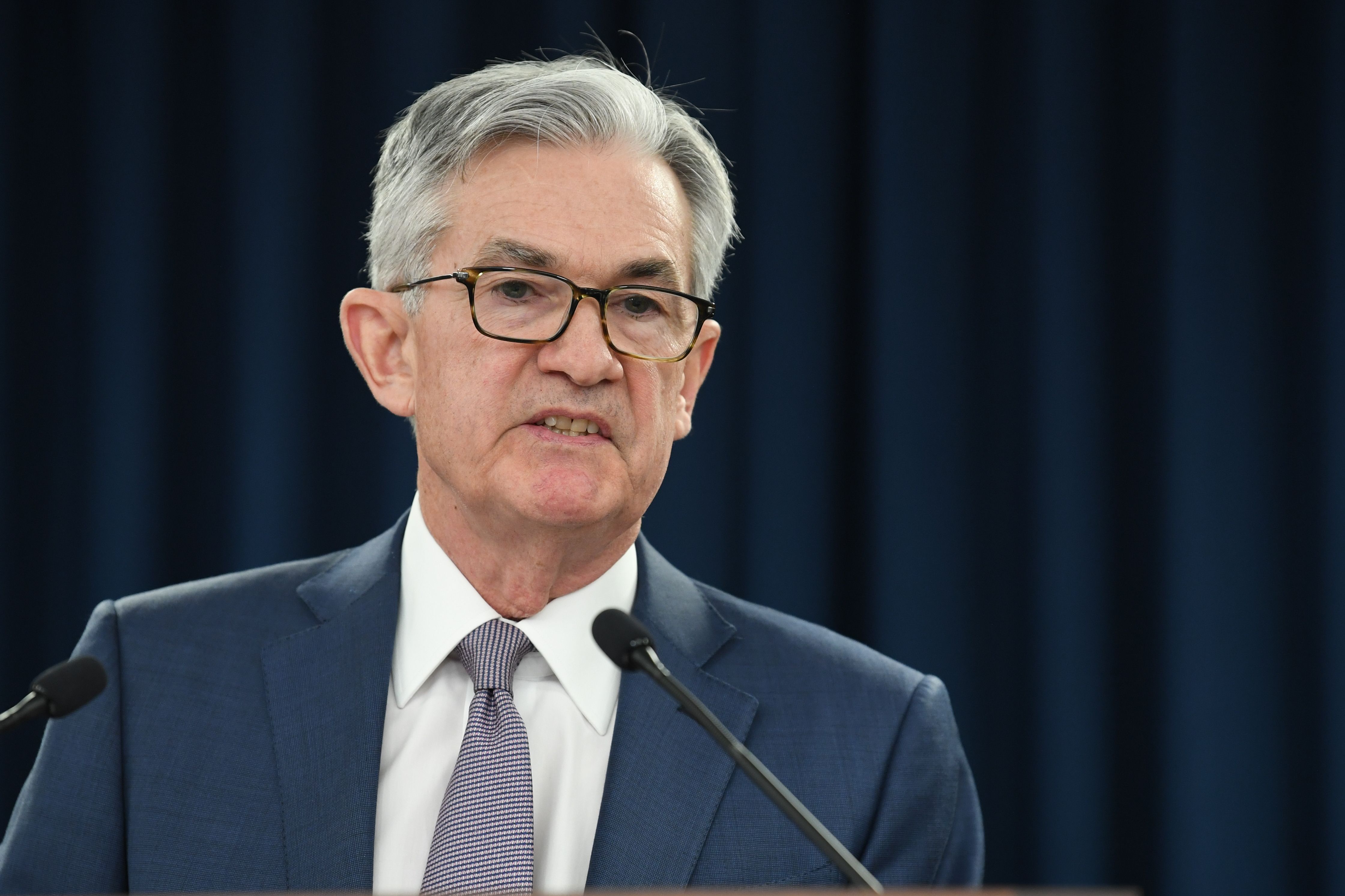 He added: "We all want [a successful re-opening of the economy] to happen as quickly as possible.

"We all want to avoid a false start where we partially reopen and that results in a spike in coronavirus cases, and then we have to go back to square one."

Health officials and most state governors have been putting the health crisis before the economy, and have told their citizens that non-essential workers should not return to work until it is absolutely safe to do so.

Powell may agree, but Mnuchin said during another CNBC interview today that businesses would be good to go "as soon as the president feels comfortable with the medical issues". 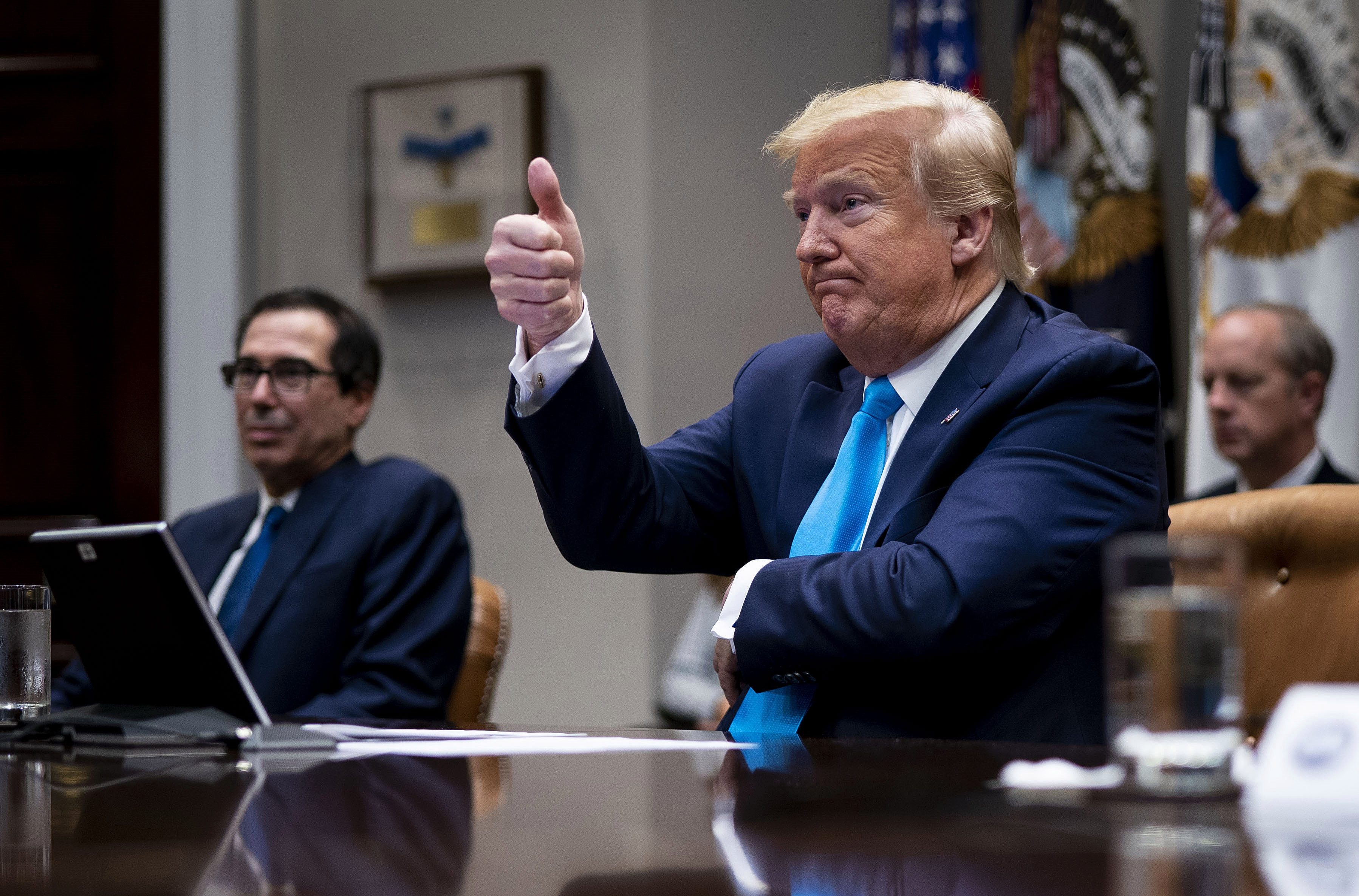 Mnuchin added that the administration was doing “everything necessary that American companies and American workers can be open for business and that they have the liquidity that they need to operate their business in the interim.”

Trump, while previously very eager to get the economy back on track as soon as "Easter", has so far been undercut by the reality of the health impact of the virus on the American people.

During a press conference on Wednesday the president added that he does "not like giving dates", following the "aspirational" Easter date he set last month.

During another somewhat muddled press briefing, the president announced the formation of a task force to combat the economic fallout from the virus.

Experts generally predict that recovery will have to be slow and patient, until the public feels safe again in general.

Economic leaders will now have to work on the advice of medical experts to avoid a second spike and truly catastrophic further damage. 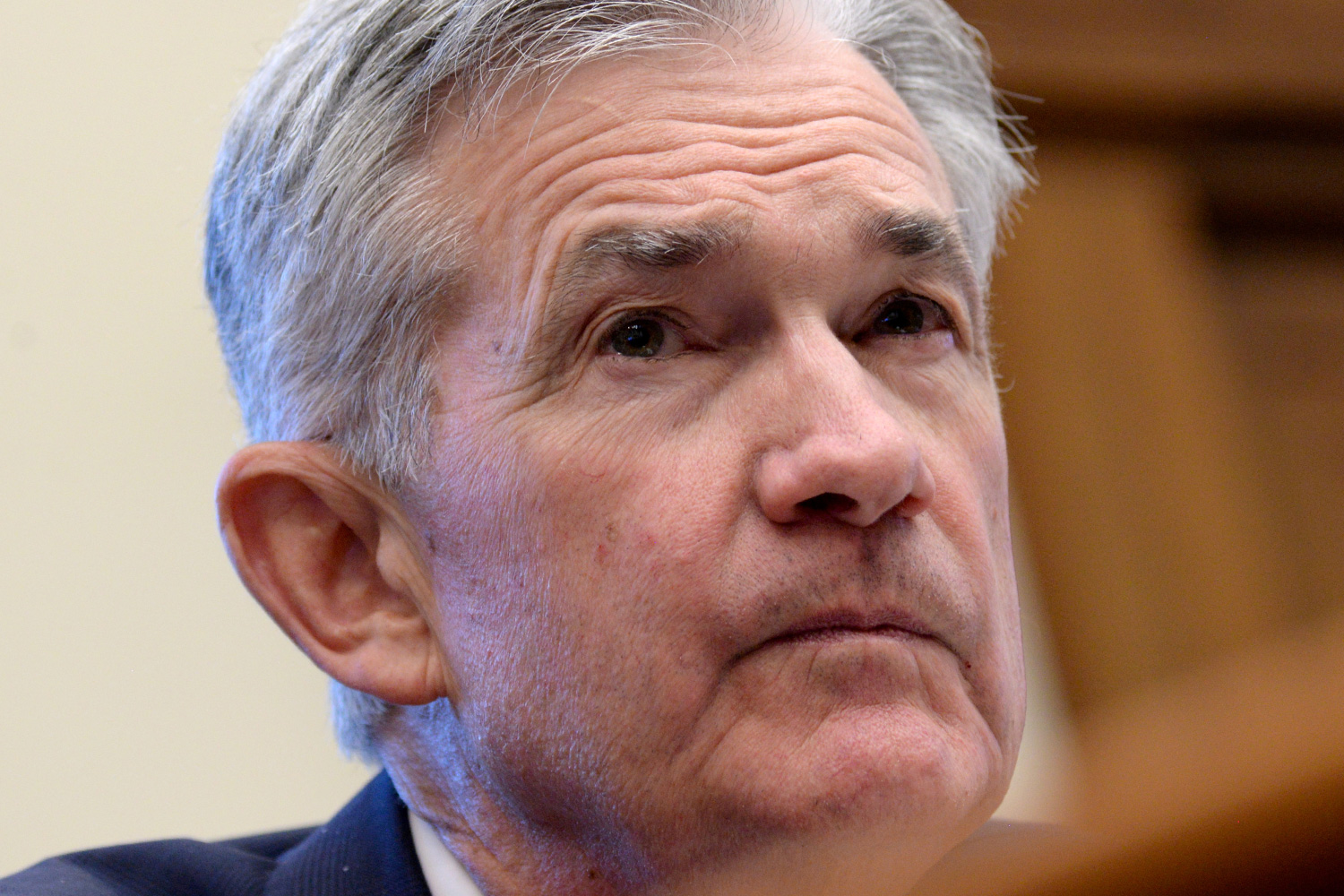 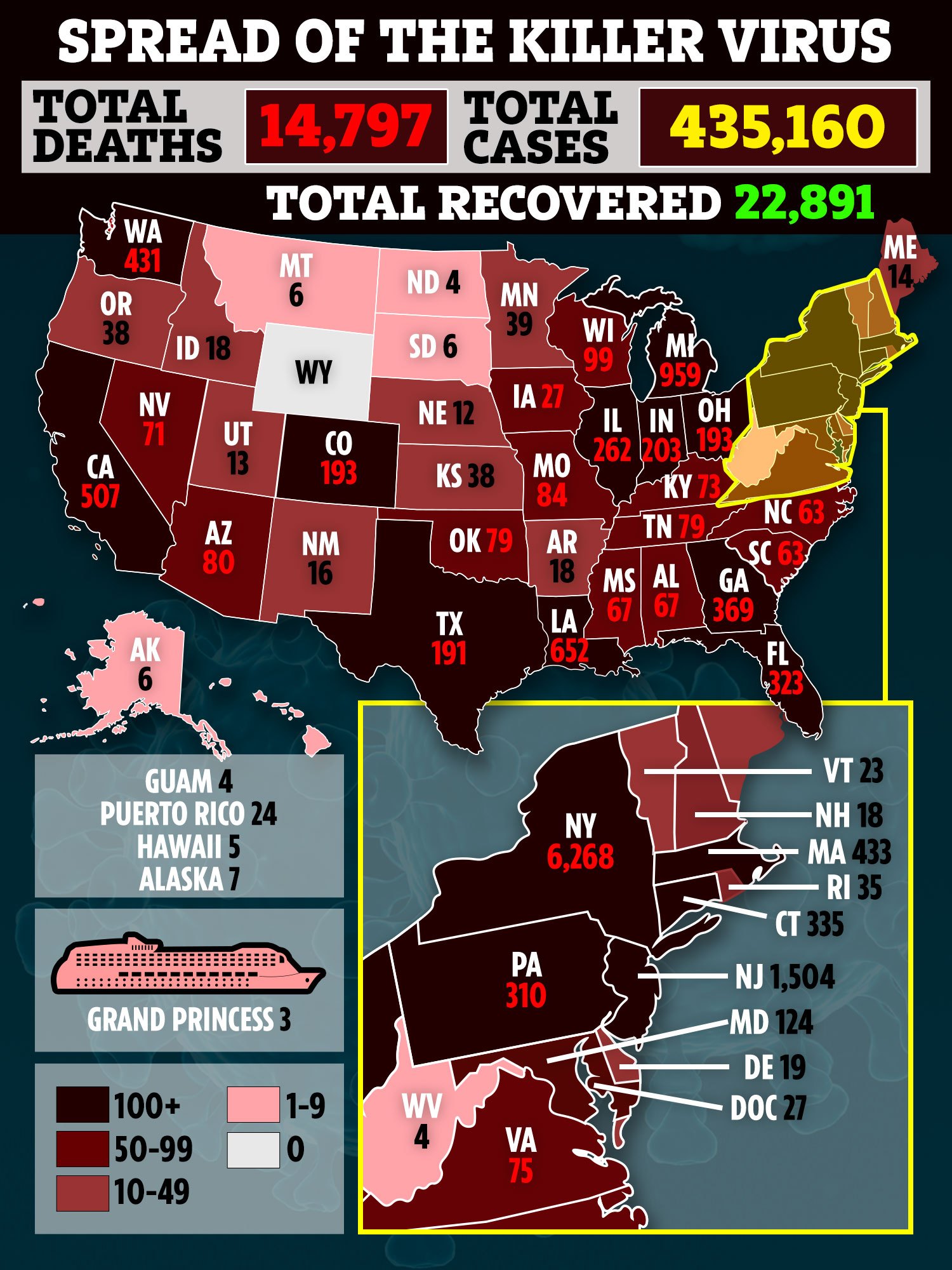