About BLOOMING time! Spring is in the air with sun this week and 65F highs from next week… just in time to wheel out the BBQs when Rule of Six returns on March 29

The 60ft magnolia tree was planted well over 50 years ago in the back garden of a detached house in the Lilliput district of Poole in Dorset by its former owner who died in the 1980s – and it makes for a stunning sight in bloom.

The mercury is set to reach 59F (15C) in southern England this afternoon as much of the country enjoys a dry day with sunny spells – and pleasant conditions are expected for most areas over the next two days.

But the North and West of England and Scotland are expected to face showers on Thursday, which will spread to most of the country on Friday – although the outlook for this weekend is good before 65F (18C) highs next week.

This is welcome news for those planning an outdoor gathering from March 29 when the rule-of-six returns in parks and gardens – with many also banking on decent weather over the Easter weekend from Good Friday on April 2. 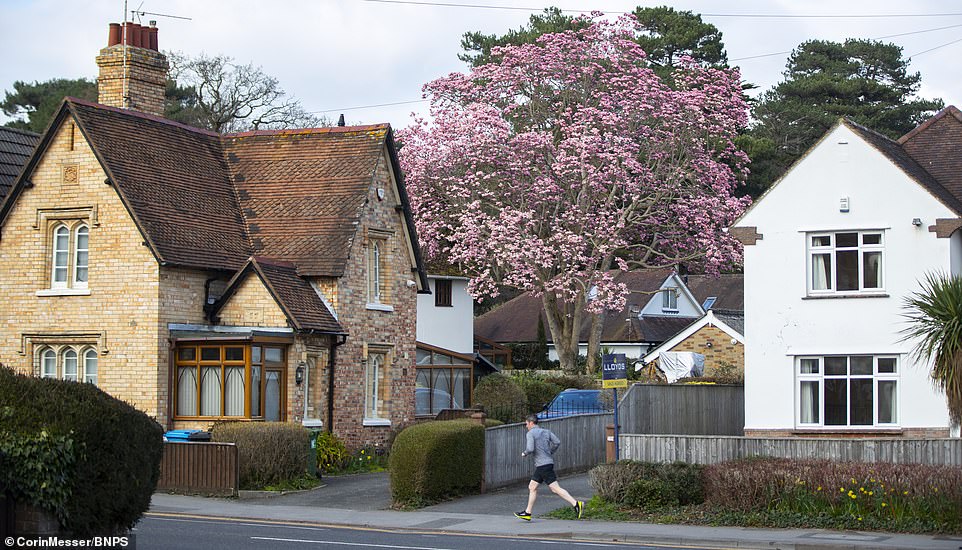 Britain’s tallest magnolia tree, pictured today, was planted over 50 years ago in the back garden of a house in Lilliput, Dorset 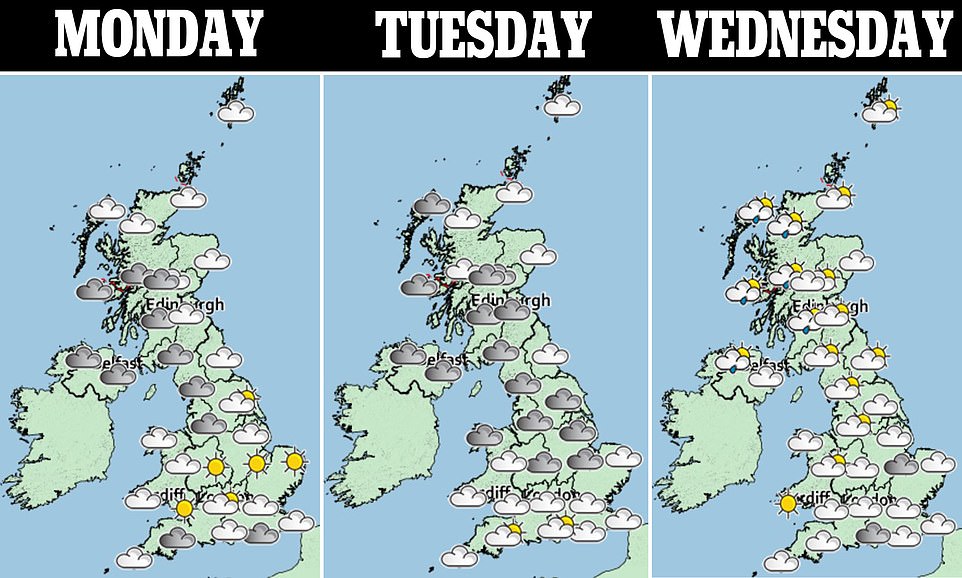 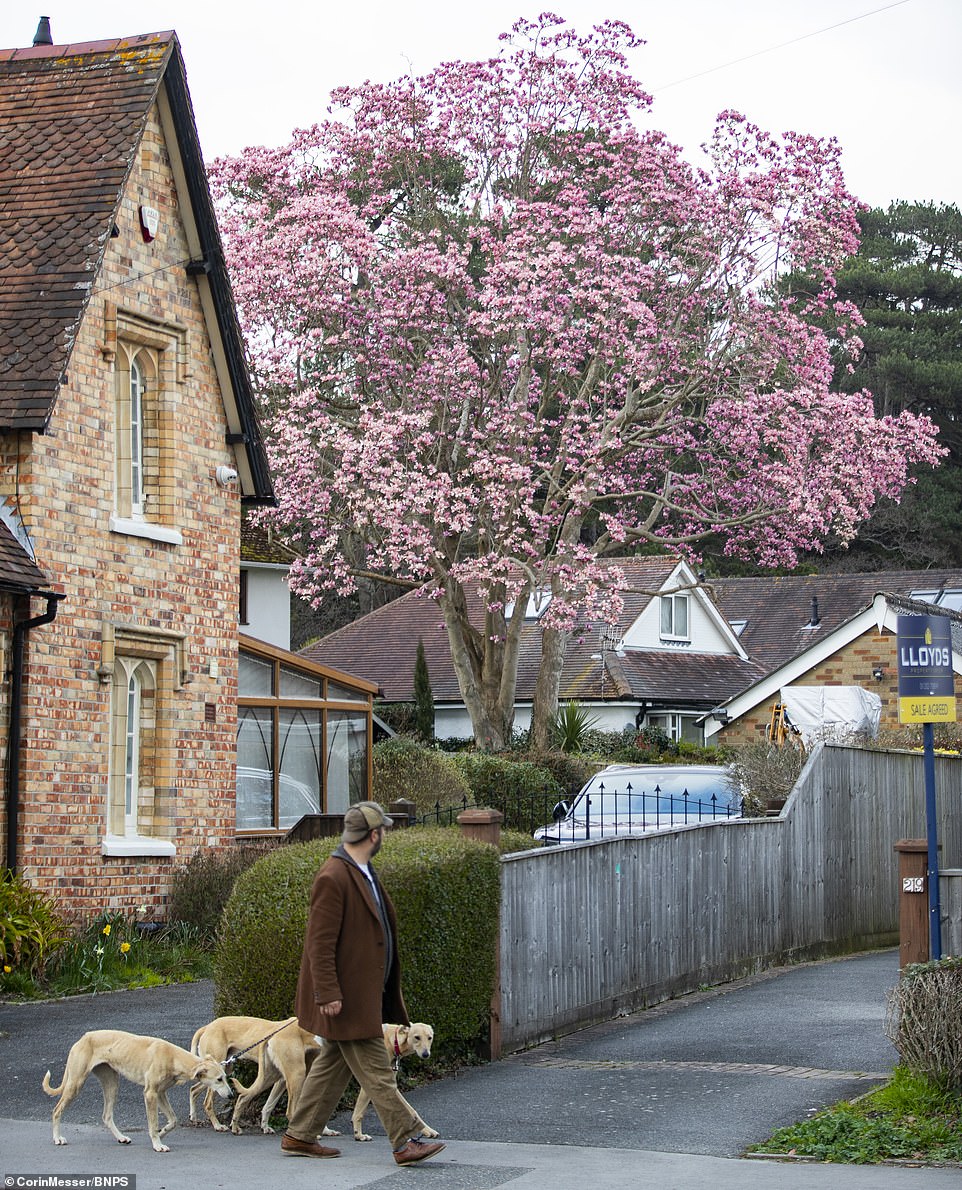 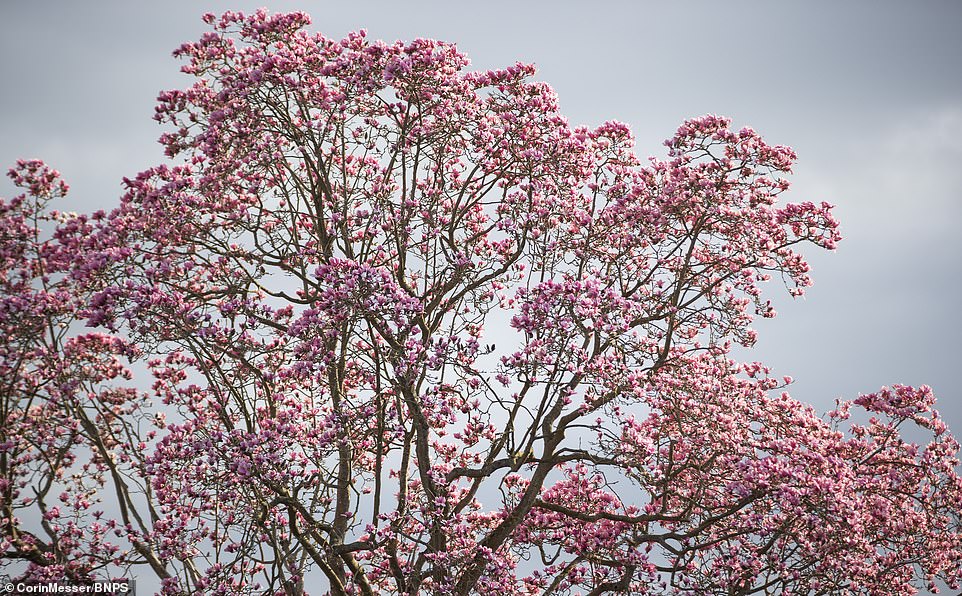 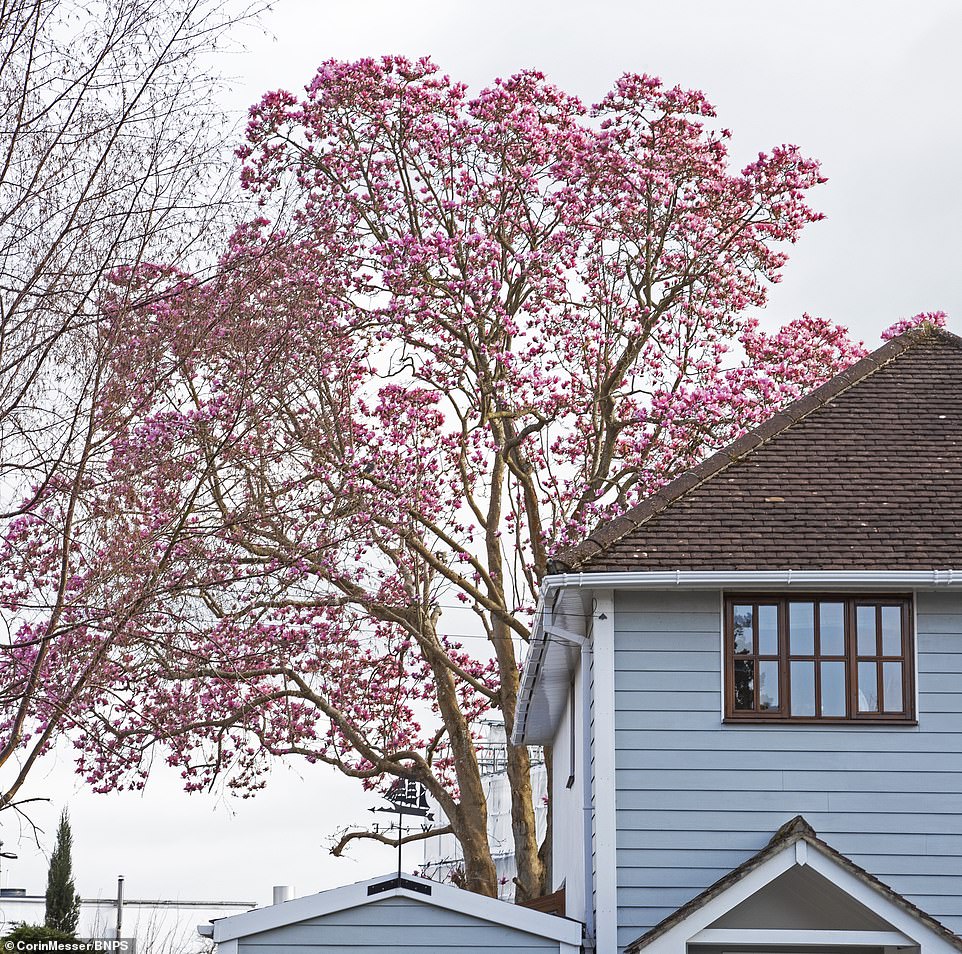 There was a chilly start for many areas today with some early morning fog in western England and Wales, before it became a largely dry day with sunny spells – despite the chance of showers for Scotland and Northern Ireland.

Tonight, there will be more cloud with further outbreaks of drizzle for western Scotland. It will be generally cloudy in Northern Ireland and the Midland, and there could be isolated mist and fog patches into the early hours.

Following this it will be dry day tomorrow with bright spells for many at first, before turning cloudier by the afternoon but staying brighter on the south coast and North East Scotland. 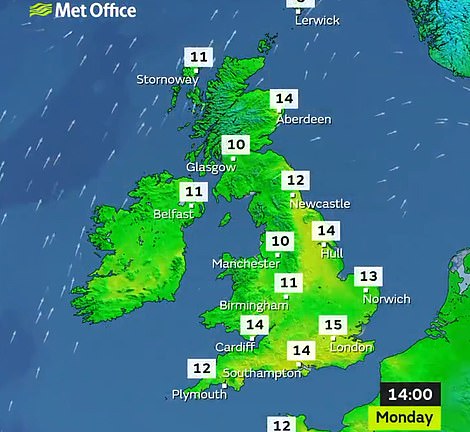 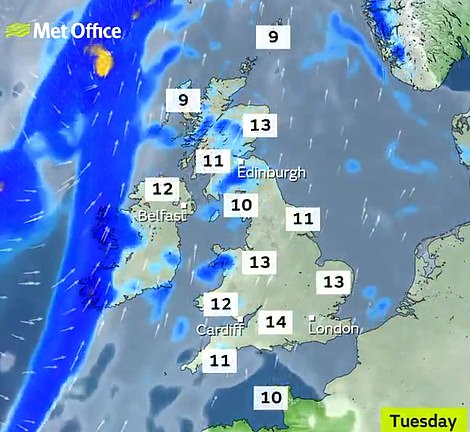 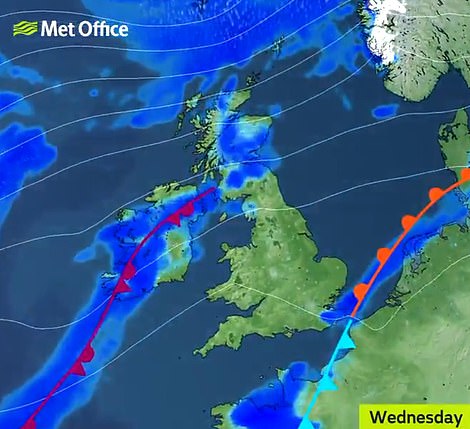 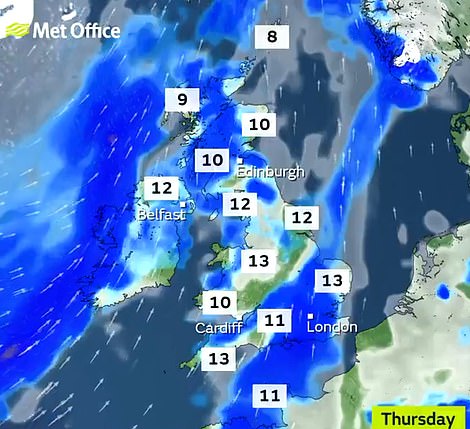 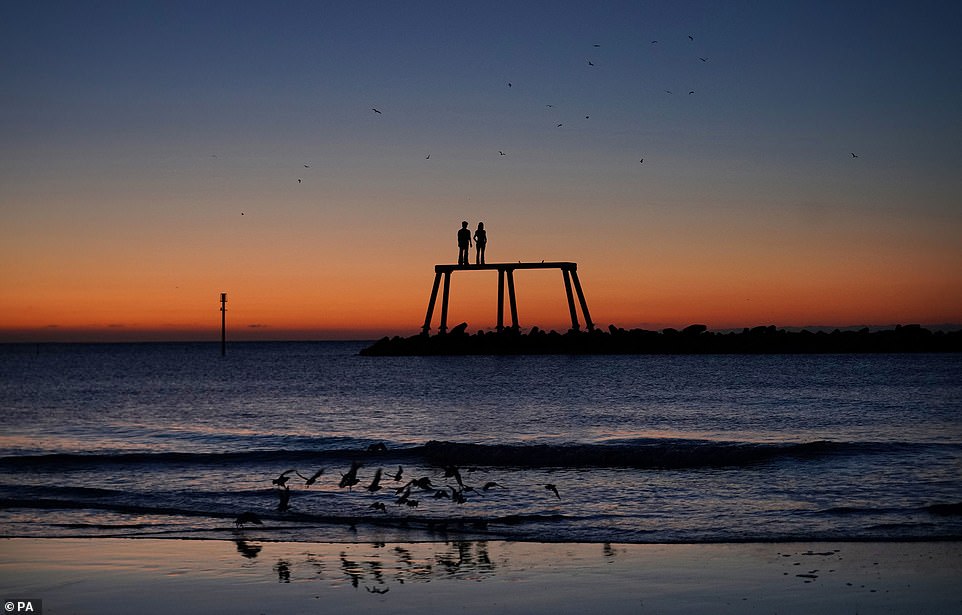 The sun rises today over ‘The Couple’ by artist Sean Henry, sitting off the coast at Newbiggin-by-the-Sea in Northumberland

However showers in the North West will start in the afternoon and push across much of Scotland in the evening, before Wednesday brings a band of cloud and drizzle moving south-eastwards from Wales and the Midlands.

This is expected to reach parts of East Anglia in the afternoon – but behind this band, there will be plenty of sunny spells. There will also be showers in the North West, before Thursday brings sunshine and breezy showers.