Spitting Image has redesigned its Ed Sheeran puppet over fears sticking a carrot on top of the singer’s head would offend ginger people.

Instead, designers have replaced the carrot with turnip leaves instead.

The last-minute change was made after television executives saw a preview of the show and feared it would cause too much offence. 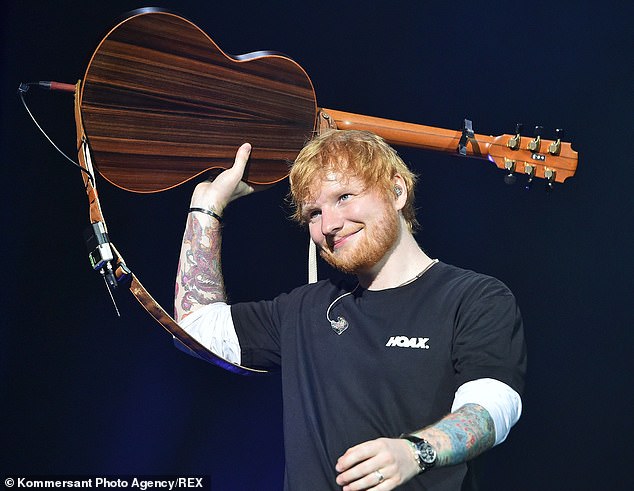 Ed Sheeran, pictured is one of the celebrities to  be mocked in the new Spitting Image show 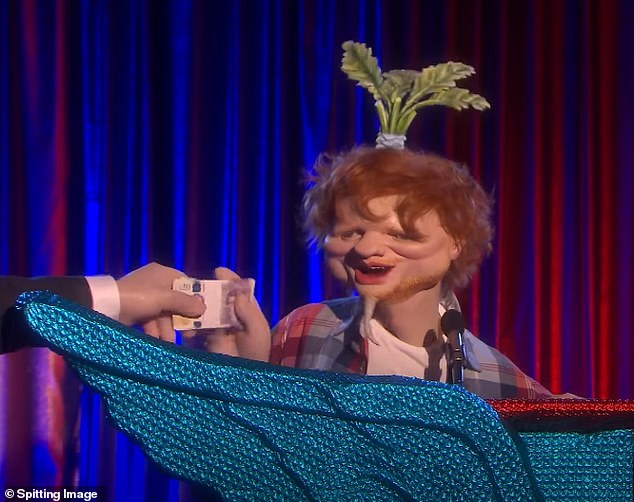 An ITV source told The Sun: ‘It was thought to be gratuitously offensive so we ordered them to rejig the puppet. The puppeteers didn’t seem too happy about the changes.

‘But it’s a fine line when you’re making comedy. It’s one thing poking fun at the rich and powerful but it’s another insulting some viewers. It cost quite a lot of money to change. But it’s worth the expense.’

The satirical puppet show, which was watched by 15 million viewers in its heyday, is returning on BritBox.

Asked whether it will target right-wing figures only, co-creator Roger Law replied: ‘No, that’s no fun.

‘There’s lots of ammunition to throw at the other side as well. You go for them all,’ he told The Andrew Marr Show.

But he said that the ideology of the current Government was ‘nuts’.

‘When we started Spitting Image everything was in turmoil. There were riots in the streets…. and of course you had Thatcher.

‘You start looking on Thatcher with nostalgia because at least you knew what she was about and what she was going to do, if you thought about it.

‘Boris and the boys, you’ve got no idea, and the ideology is absolutely nuts,’ he told the BBC One show.

And he added: ‘You can’t really change anybody’s mind by shouting at them… but you can with humour.’

He said it was difficult for political figures and celebrities to say they hate their puppet alter-egos.

‘If you’re English you can’t turn around and say, ‘I hate my puppet they’ve insulted me,” he said.

‘Take someone like (Michael) Gove. What we did with him is pretty disgusting… He was asked about it and he avoided the subject…

‘They have to say they like it because it’s too difficult if you’re a Brit to say, ‘I’m really upset.”

The show, featuring the Prime Minister, Donald Trump, Kim Kardashian and Greta Thunberg among others, in puppet form, returns on October 3 with a 10-week series on BritBox.