Specsavers eye doctor, 50, is suspended for failing to tell bosses he was arrested for drunkenly streaking with friends 22 YEARS ago

A Specsavers eye doctor has been suspended for drunkenly streaking on a street 22 years ago during fresher’s week at university.

Optometrist Jagdip Dhariwal, 50, from Romsey, Hampshire, was given a criminal record for indecent exposure in 1998 after he and his friends stripped off at midnight as part of a ‘foolish dare’.

The then-28-year-old had been drinking at a party with university friends when he was arrested and later fined in court. 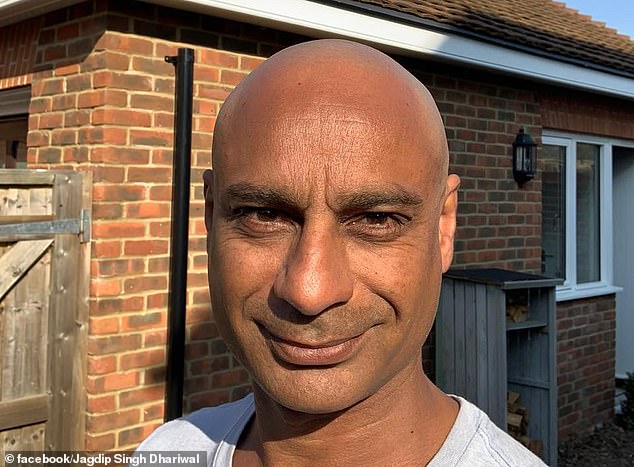 Optometrist Jagdip Dhariwal, 50, from Romsey, Hampshire, has been suspended after a tribunal heard he was given a criminal record for indecent exposure in 1998 and failed to disclose it to regulation authority General Optical Council

Dhariwal was taken to a tribunal after it emerged through an anonymous tip-off that he failed to tell regulation authority General Optical Council [GOC] about his conviction.

He claimed he didn’t view his indecent exposure as a proper criminal conviction but rather a ‘slap on the wrist’ for a ‘student prank’.

However, a GOC tribunal rejected the argument and suspended Dhariwal, a locum optometrist at Specsavers in Romsey, Hants, for six months.

The optometrist of 27 years told the tribunal in London about the drunken streaking in September 1998.

He said he and a group of friends were at home celebrating one of them getting engaged to their girlfriend.

‘Five of us had gathered together for dinner and a few drinks. It was fresher’s week and two of those invited were students at the university – everyone was in very high spirits at the time,’ he added.

‘By around midnight three of us were quite drunk and were being encouraged by the others to streak into the cold. It was a foolish dare but being silly we decided to strip off and ran outside. 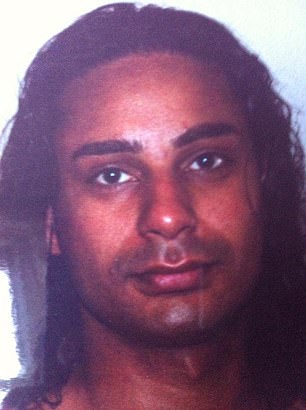 ‘We stood outside, only briefly, without any clothes on and laughed before dashing back inside. There were a few students who were milling around outside, and a police vehicle pulled up as the students raised their voices to cheer us on.

‘Realising the dare had been inappropriate and stupid we quickly dressed as officers came to the door and demanded to be let in.

‘I was taken to a police station and put in a police cell. I was not aware at the time that I was being arrested, probably because I was quite drunk.’

He later appeared at Southampton Magistrates’ Court, Hampshire, and admitted indecent exposure to the annoyance of residents before being fined £100 and ordered to pay costs of £45.

In 2006 the GOC introduced paperwork to be completed on a yearly basis which asked for optometrists to declare criminal convictions however Dhariwal always ticked ‘no’.

The GOC were given an anonymous tip-off in December 2015 and after contacting Dhariwal he admitted having a conviction in 2016.

He argued: ‘At the material time I was not aware it was considered criminal behaviour or that it would mean I had a criminal record. 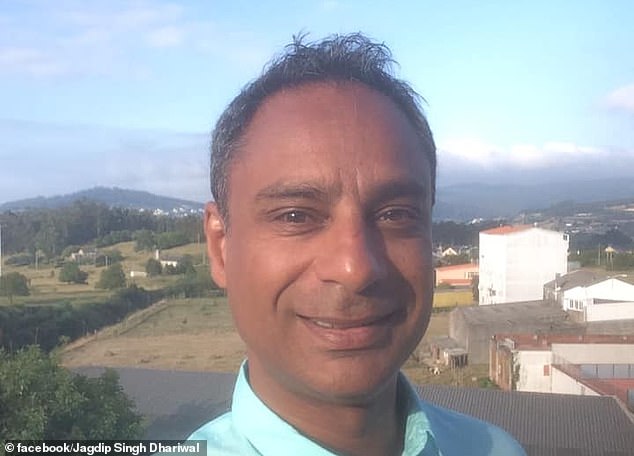 ‘In my mind it was a student prank for I had simply been fined and did not attach any ‘conviction’ to the matter.’

A GOC tribunal report said: ‘It was put to the registrant that he must have realised that the incident in 1998 had resulted in a criminal conviction.

‘He did not regard himself as a criminal. The registrant, in his evidence, stated that he regarded criminals as thieves or murderers and that convictions were for dangerous people who get into fights or deal drugs.’

The GOC rejected his argument concluding: ‘The committee found it impossible to accept the registrant’s account that he had not realised that at the time that he had received a criminal conviction.

‘The formality of receiving a summons for the alleged offence and the experience of attending court and pleading guilty to that offence must have made it abundantly clear to the registrant that he was being convicted of a criminal offence.

‘The registrant’s intentional failures to disclose his conviction on annual retention forms between 2006 and 2015 was a lengthy period of time. His conduct involved active dishonesty during each decision to apply for renewal of registration.’