Spain today registered a sharp drop in its daily death toll from coronavirus with 410 new fatalities – the lowest in almost a month.

The total number of fatalities in Spain, the third hardest-hit country in the world after the United States and Italy, has reached 20,453, the health ministry said.

The figures come as it emerged the Spanish government plans to use drones to spray disinfectant over virus hotspots.

Spanish media reported spraying could be carried out using military planes over cities in a bid to battle the outbreak.

Rumours also swirled on social media that the Spanish government has authorised the army to use firefighting aircraft to drop huge amounts of disinfectant indiscriminately. 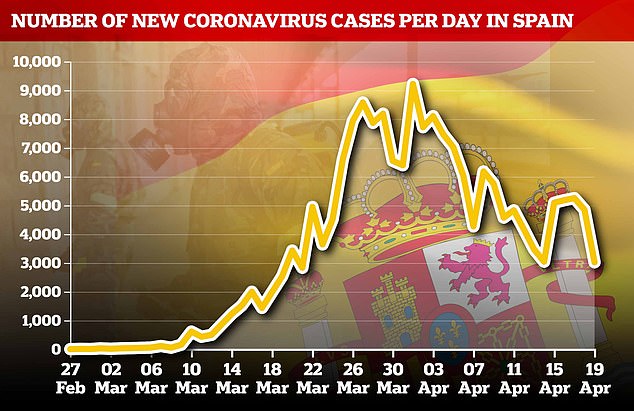 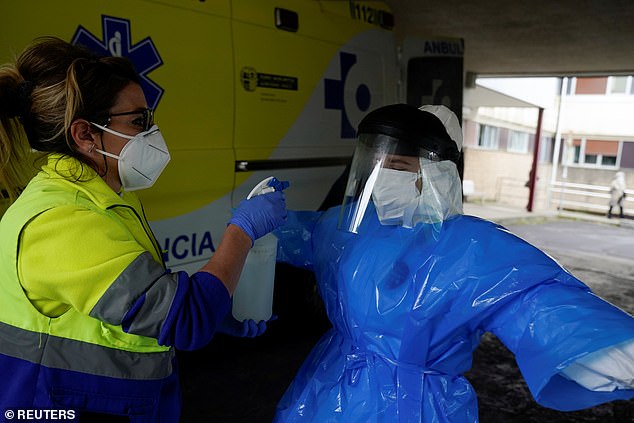 These claims were sparked by the publication by the Spanish government of a document which detailed its strategy to tackle the contagion, called ‘Operacion Balmis’.

In one section it stated the ‘use of aerial means’ could be used to carry carry out disinfection.

But the Ministry of Defence said at a press conference today that this did not refer to the use of aircraft and instead meant aerosols would be used, including via drones, to target specific areas, according to Maldita.

Miguel Angel Villarroya, chief of the Defense General Staff, said it was ‘completely false’ to say aircraft would be used and compared the chemicals used to that of ‘an insecticide in a room in the home’.

He said: ‘The order published by the Ministry of Health enables the armed forces to use aerosols, not aircraft.’ 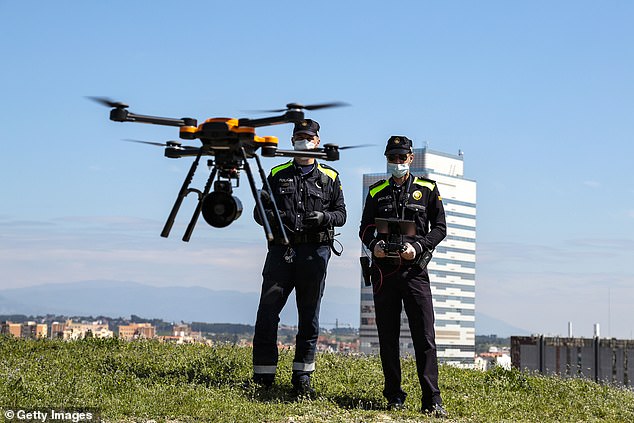 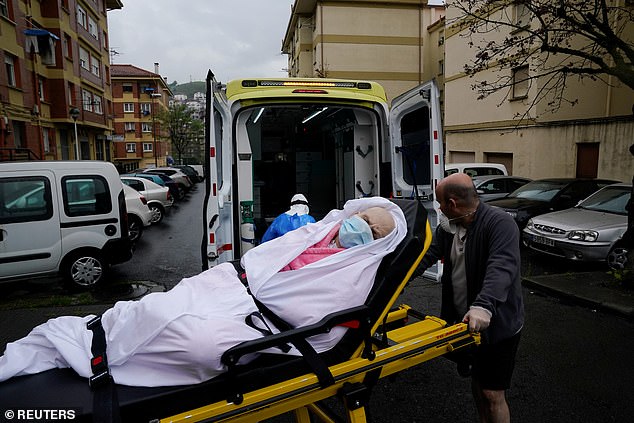 Spanish army specialists in protective suits have sprayed disinfectant at ground-level in train stations and other public areas, while ground-based robots have also been used.

Police in the country have used drones to send public messages via megaphones, telling people to go home during the lockdown.

But Health Ministry emergencies coordinator, Fernando Simon, admitted the daily fall could be explained by the lower registration of fatalities over the weekend.

Such a drop is often followed by a rise at the start of the week.

Simon said: ‘It’s a number that gives us hope. It’s the first time we are under 500 dead since the daily tolls began to climb.’

Nevertheless, he said that the number of deaths, hospital and intensive care admissions were on a downward trend ‘which clearly indicates that the transmission of the disease has substantially decreased.’ 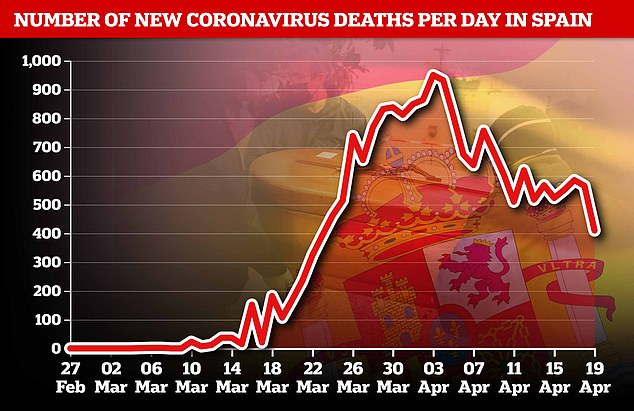 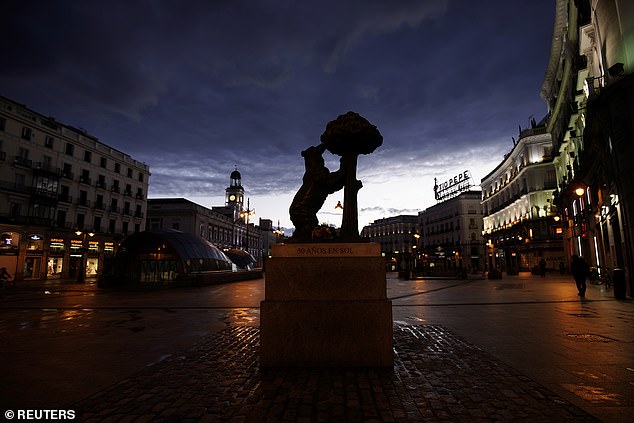 The latest figures have given some relief to the country’s overwhelmed health system.

In Madrid, regional president Isabel Diaz Ayuso said a makeshift morgue set up at an ice rink would close on Wednesday.

And one unit of a field hospital that was set up inside Madrid’s conference centre to treat up to 1,500 people with coronavirus was closed on Friday.

The Spanish authorities believe the country reached the peak of the pandemic on April 2 when they had counted 950 deaths in 24 hours. But they are not ready to recommend a lifting of the nationwide lockdown, one of the tightest in Europe.

Prime Minister Pedro Sanchez on Saturday announced he would ask parliament to extend the lockdown by two weeks to May 9.

The restrictions currently in place would however be loosened slightly to allow children time outside from April 27, Sanchez said.

With 103,255 deaths, Europe is the hardest-hit continent, while the United States has the most deaths of any country with 40,585 fatalities.