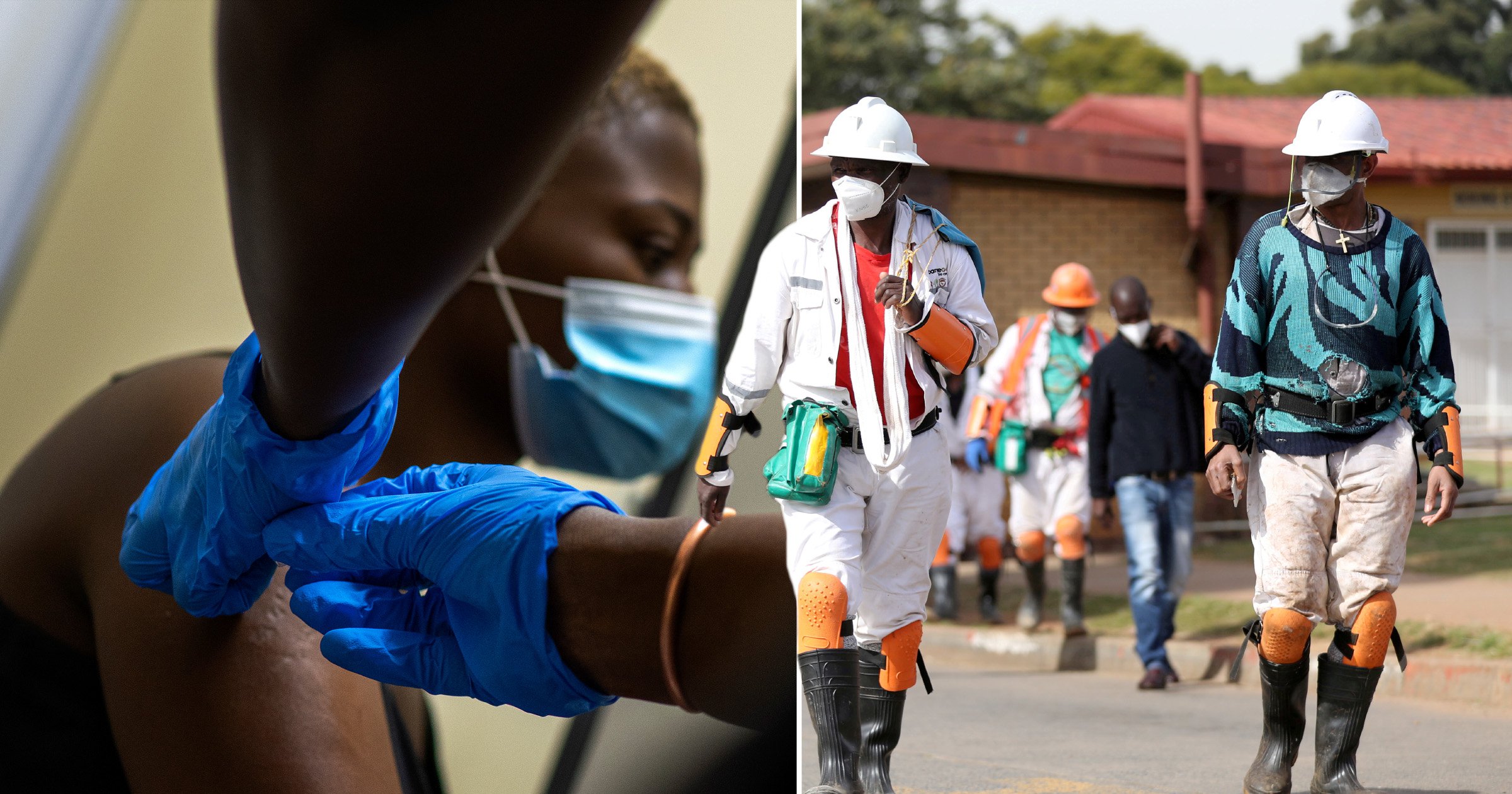 South Africa is suspending its rollout of the Oxford/AstraZeneca vaccine amid fears that it is less effective against the coronavirus variant first discovered there.

Frontline healthcare staff in the country were supposed to begin receiving the jab in mid February but the move has been put on hold after a study suggested it is not effective against mild illness caused by the South African strain.

The country received its first one million doses of the vaccine at the end of January ahead of the planned rollout but plans have now been temporarily halted. The preliminary research from a small study suggested the vaccine offers minimal protection against mild to moderate disease from the mutation.

However, researchers still believe the vaccine is effective in preventing severe disease, hospital admissions and deaths, and also works well against the original strain.

The research, which is yet to be peer-reviewed, involved some 2,000 people in South Africa with an average age of 31.

The preliminary findings appeared to confirm theories that virus mutations seen in South Africa will allow for ongoing transmission of the virus in vaccinated populations.

On Sunday, the lead researcher in the Oxford team, Professor Sarah Gilbert, said the current vaccines ‘have a reduction in efficacy against some of the variant viruses’.

However, she added: ‘What that is looking like is that we may not be reducing the total number of cases but there’s still protection in that case against deaths, hospitalisations and severe disease.’

She told the BBC’s The Andrew Marr Show: ‘Maybe we won’t be reducing the number of cases as much, but we still won’t be seeing the deaths, hospitalisations and severe disease.

‘That’s really important for healthcare systems, even if we are having mild and asymptomatic infections, to prevent people going into hospital with Covid would have a major effect.’

Other academics have called for caution around the study’s findings.

Oxford University said the study did not assess protection against moderate to severe disease, hospital admission or death because the target population were at such low risk.

A spokesperson for AstraZeneca said: ‘We do believe our vaccine will still protect against severe disease, as neutralising antibody activity is equivalent to other Covid-19 vaccines that have demonstrated activity against more severe disease, particularly when the dosing interval is optimised to eight to 12 weeks.’

The spokesperson added that other immune responses, such as T cell responses, may have a role in protecting against disease, and initial data suggests these may stay the same with the variant.

He told BBC Breakfast: ‘It’s a very small study with just over 2,000 people and it’s not published so we can only judge it from the press release and press coverage.

‘But it is concerning to some extent that we’re seeing that it’s not effective against mild or moderate disease.’

On Monday morning, Health minister Edward Argar said there is ‘no evidence’ that the Oxford/AstraZeneca vaccine is not effective at preventing severe illness from coronavirus.

Seeking to calm fears and noting that there are ‘only a small number of cases’ of the variant, he told Sky News: ‘There is no evidence that this vaccine is not effective in preventing hospitalisation, severe illness and death, which is ultimately what we’re seeking with these vaccines.’

Professor Gilbert said her team currently has ‘a version with the South African spike sequence in the works’ with the hopes it will be ready to administer by the autumn.

She went on: ‘It’s not quite ready to vaccinate people with yet, but, as all of the developers are using platform technologies, these are ways of making a vaccine that are very quick to adapt.’

The South African variant study comes after research released on Friday indicated that the Oxford/AstraZeneca jab is effective at fighting the new UK coronavirus variant.