Scotland should decriminalise drug use, introduce a range of punitive new taxes and re-introduce freedom of movement if it achieves independence, a new report for the SNP recommends today.

The Social Justice and Fairness Commission set up by Nicola Sturgeon in 2019 made a raft of recommendations to form a radical ‘blueprint’ for the country if it managed to split from the rest of the UK.

Its report set out a list of measures designed to eradicate poverty but which are sure to alarm more conservative Scots.

Among them is a ‘citizens assembly’ to examine the case for decriminalising drugs for personal use in a nation with a terrible death toll from narcotics.

It also wants to involve addicts in building ‘consensus across political parties and wider society about the drug laws and policies’ of the country.

Calling for a ‘fairer, bespoke approach’ to immigration in Scotland, the report also argues the UK Government’s post-Brexit ‘pernicious’ drive to reduce migration and barriers to entry has created insecurity and undermined communities.

On tax, the report supports widespread reform of the tax system, with more ‘progressive’ taxation so higher earners pay more, as well as the greater use of green taxes to address the climate emergency.

It also discusses the ‘significant potential advantages’ of a universal basic income (UBI) to replace benefits.

The Scottish Conservatives’ shadow social justice secretary Miles Briggs said: ‘This wish-list from the SNP is not remotely credible. Their election manifesto wasn’t costed and this blueprint for their vision of a future Scotland isn’t either.’ 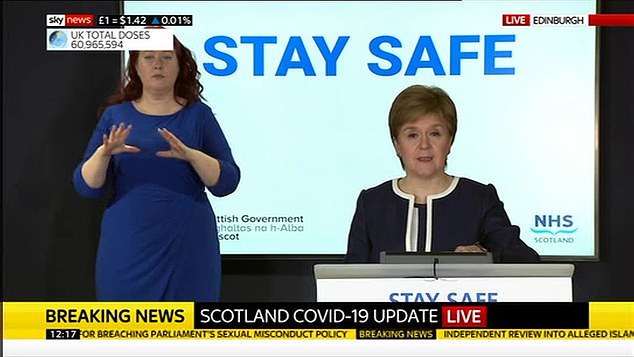 The Social Justice and Fairness Commission set up by Nicola Sturgeon in 2019 made a raft of recommendations today to form a ‘blueprint’ for the country if it managed to split from the rest of the UK. 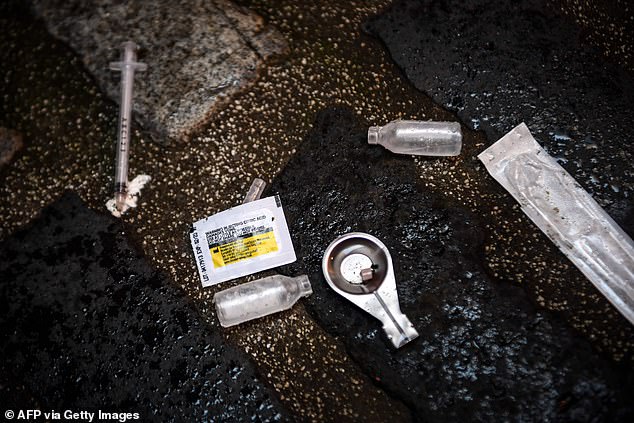 Scotland had the highest rate of drugs deaths of any country in the EU before Brexit took place at the end of last year.

Covid cases in Scotland as a whole are rising with numbers doubling in the past 16 days, but from a ‘very low level’, Nicola Sturgeon said today.

The latest data on Tuesday shows two deaths of coronavirus patients and 318 new cases were recorded in the past 24 hours.

It means the death toll under this daily measure, of people who first tested positive for the virus within the previous 28 days, is 7,666.

Ms Sturgeon said while some of the recent case rise would be due to higher testing levels, the percentage of tests that were coming back positive – 2% on Tuesday – had been ‘creeping up’.

She added: ‘Some of the increase in case numbers being recorded just now will be due to the easing of restrictions over the past month.’

But she said ‘another important factor’ was the latest variant of Covid-19.

The First Minister said while case numbers were rising they were still ‘quite low relative to the situation we experienced in the early part of this year’ – saying this also applied to hospital and intensive admissions – with the number of hospital patients reaching more than 2,000 in January as the second wave hit.

‘It is based on fantasy economics. They simply don’t accept the reality that independence would already cost Scottish families thousands of pounds before their plans to spend even more public money.

‘Even the SNP’s own advisers highlight that a universal basic income would mean a tax rise for almost everyone and be devastating for Scotland’s economy.’

Scotland had the highest rate of drugs deaths of any country in the EU before Brexit took place at the end of last year. The SNP has faced mounting criticism over its failure to tackle the problem despite 14 years in power.

The commission backs trialling safe consumption rooms ‘with a view to expansion if it proves effective’ as part of efforts to address Scotland’s drug deaths crisis.

Residential rehabilitation services must also be expanded, the report argues, ‘to ensure that this is a viable option available quickly to those who could benefit from that service’.

‘As a society, we need to reflect how we view and respond to addiction, and that includes looking at issues around decriminalisation for personal use.

‘As we have emphasised in our report, transformational change that is long-lasting and successful is best rooted in consensus.

‘We would therefore propose utilising a process such as a Citizens’ Assembly to look at the issue of decriminalisation as part of efforts to tackle addiction, in recognition of the fact support has grown for such an approach in response to the public health crisis and on the basis of evidence of success elsewhere in the world.

‘Of course, powers over drug misuse remain reserved to Westminster, so this is something that would need to be progressed with independence and through advanced preparation for such transfer of powers.’

It also cites the example of Portugal, which decriminalised personal drug use 20 years ago and has experienced lower drugs deaths across the past two decades.

The commission’s deputy convener, Neil Gray, said: ‘One of the obvious and important lessons learned by producing this report during the period of the coronavirus crisis is that huge changes can be achieved if the political will exists to be bold, dynamic and innovative.

‘Alongside all those who contributed to the commission, I believe we have delivered a blueprint, a route map to a more socially just Scotland, one that focuses on how we should make policy decisions that can help us build a fairer and happier society.’

The Social Justice and Fairness Commission was set up by Nicola Sturgeon in 2019 and its report says it wants to offer a ‘blueprint to future governments’ on key policy areas if Scotland was to break away from the UK.

Tackling poverty in Scotland should be ‘the single most important ambition that the Government of an independent Scotland could seek to achieve’, according to the report.

But it claims poverty in Scotland cannot be eradicated without Scottish independence, suggesting Holyrood can ‘just reduce or mitigate its effects’.

Calling for a ‘fairer, bespoke approach’ to immigration in Scotland, the report attack’s Boris Johnson’s Westminster Government, saying: ‘Its relentless pursuit of a hostile environment is inhumane and ineffective, and entirely at odds with Scotland’s needs.’

Instead, the report proposes allowing free movement, with visa schemes that benefit rural and remote areas at risk of depopulation, allowing asylum seekers to work and creating an independent agency to adjudicate on asylum applications.

The report adds: ‘The commission believes that we should shift the burden of taxation away from productive parts of the economy that we want to encourage, towards areas and activities that we want to discourage.’ 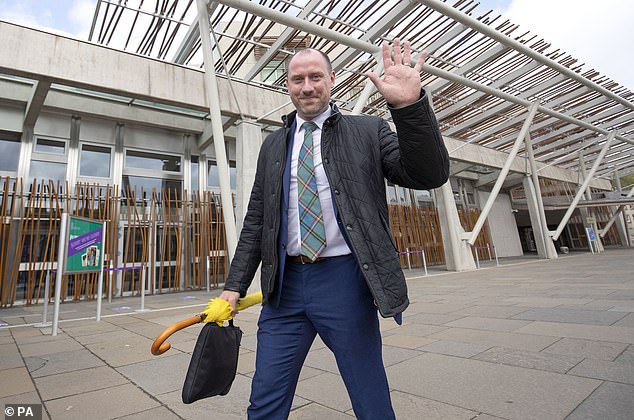 The commission’s deputy convener, Neil Gray, said: ‘One of the obvious and important lessons learned by producing this report during the period of the coronavirus crisis is that huge changes can be achieved if the political will exists to be bold, dynamic and innovative.

It also backs a land value tax as part of a reformed property taxation system that could ‘remove our dependence on council tax, land and buildings transaction tax (LBTT) and non-domestic rates’.

Exploring the issue of a universal basic income – a minimum income for everyone without means testing – the report says there are ‘significant potential advantages’ but identifies ‘practical and complex issues’ with the idea, as well as requiring much higher tax levels than exist currently.

Setting out plans for a ‘democratic renewal’, the report suggests ‘agreeing, defining and enshrining our shared values and goals’ in a written constitution that sets out the responsibilities of any Government.

Mr Gray added: ‘The SNP MSP added: ‘We have focused on issues affecting Scotland that have been particularly prominent and pressing during the pandemic, those that offer the greatest scope for tackling poverty. And, while the Commission has merely scratched the surface, the potential that exists to develop policy that delivers our shared ambitions is enormous.

‘This report takes the first steps but now there is a need to delve deeply, to develop detail for practical implementation, and to build consensus.’

Responding to the report, Scottish Conservative housing spokesman, Miles Briggs, said: ‘This wish-list from the SNP is not remotely credible. Their election manifesto wasn’t costed and this blueprint for their vision of a future Scotland isn’t either.

‘It is based on fantasy economics. They simply don’t accept the reality that independence would already cost Scottish families thousands of pounds before their plans to spend even more public money.

He added: ‘This report also talks up a raft of policies that the SNP have the powers at their disposal right now to tackle. We’ve heard it all before from SNP ministers on scrapping or reforming council tax during their 14 years in office.

‘It was also Nicola Sturgeon who took her eye off the ball in relation to drug deaths and slashed funding for vital rehabilitation services. They don’t need drug laws to be devolved to fix that right now.

‘The Scottish public deserve the SNP’s focus to be on our recovery from Covid, rather than talking up their plans for an independent Scotland.’