SIX councils in England have now banned smoking outside pubs, cafes and restaurants in a bid to make the country smoke-free by 2025. 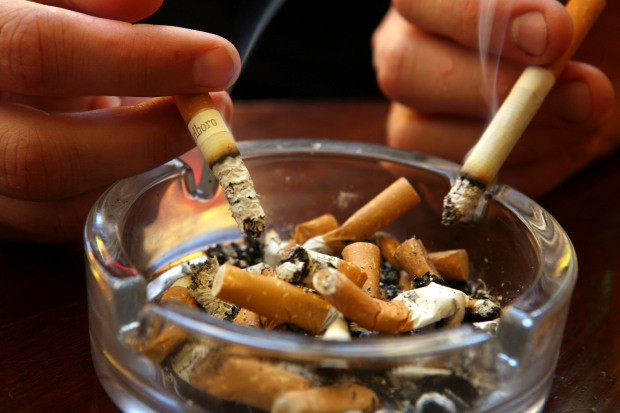 Northumberland County Council and North Tyneside Council are also telling outside drinkers to stub it out.

And Gateshead Council does not have an official policy in place but all licences state pavement cafes must be smoke-free.

The local authorities have followed Oxford, who plan to ban smoking outside of bars and restaurants when lockdown ends.

The city is hoping to wipe out the habit completely by 2025 – five years ahead of the government's target.

Smokers will also be discouraged from lighting up in their cars and at home under the drive.

Deborah Arnott, the chief executive of Ash (Action on Smoking and Health), said: “Our surveys show that two-thirds of the public want areas outside pubs and cafes to be smoke-free.

“It is not like this is not on anyone’s radar. People complain a lot that if they go outside, they have to sit among smokers.”

The government is hoping to make all of England smoke-free in less than a decade.

Priorities for the county's smoking strategy this year include creating more spaces where people feel “empowered” not to smoke.

This would include encouraging employers to stop the habit outside offices and factories, or by creating smoke-free areas in newly-created pavement dining areas.

MPs called on ministers earlier this year to take advantage of Brexit by slashing tight controls on safer alternatives to ciggies.

He said: "Smoking is gradually drifting down over time, but it is still a very major cause of mortality.

“The standard estimate is that it causes over 90,000 deaths every year.

“So this year and last year, it is likely more people will have died of smoking-related disease than Covid.”

But campaigners have slammed the move, claiming that it will “persecute no protect” smokers.

Simon Clark, director of the smokers' lobby group Forest (Freedom Organisation for the Right to Enjoy Smoking), said: "It's no business of local councils if adults choose to smoke, and if they smoke outside during working hours that's a matter for them and their employer not the council.

"Nor should it be the role of councillors to force smokers to quit by extending the indoor smoking ban to any outdoor area where there is no risk to non-smokers."

There are 6.9million smokers and 3.2million vapers in the UK, with a country considering itself smoke free if less than five per cent of the population lights up.