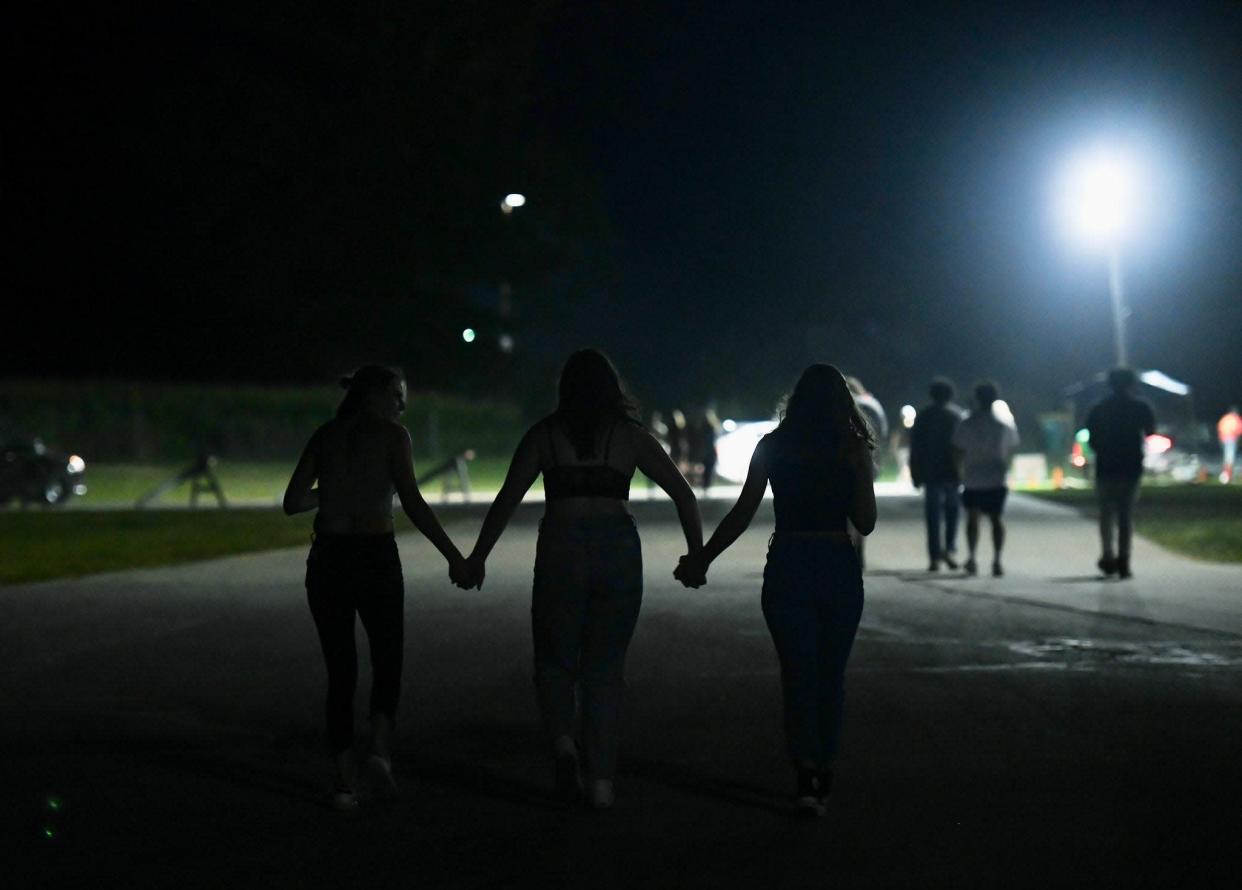 People started exiting the Ruoff Music Center in Noblesville about 10:30 p.m. Friday after a reported disturbance on part of the amphitheater’s lawn, authorities said. Some of them shouted about a possible shooting, but no weapon was found, the Hamilton County Sheriff’s Office said in a news release Saturday. Police did not immediately reply to a message seeking details on the nature of the disturbance.

The audience ‒ many of them young ‒ began exiting as security responded. All exits were opened according to Ruoff’s emergency procedures, the release said.

The music stopped, and Khalifa and his band left the stage immediately.

In the venue’s employee parking lot, some audience members were making cell phone calls. Others cried and held each other. Some fled into the fields adjacent to the venue.

Police swept the area and found no weapons, the release said.

Three people reported minor injuries as the venue was evacuated. They were taken to area hospitals for treatment, authorities said.

A spokesperson for Live Nation, the global concert promotion company that owns and operates Ruoff, did not immediately respond to a request for comment.

Khalifa was about 45 minutes into his show as part of the Vinyl Verse co-headlining tour with fellow rapper Logic. His was the last set of the night. Fedd the God and 24kGoldn performed earlier in the evening.

Rory Appleton is the pop culture reporter at IndyStar, part of the USA TODAY Network. Contact him at [email protected]