A DRUNK woman was left unconscious and was then arrested after she was body-slammed at an Ohio water park for line jumping.

Brittany Cabay, 23, who is studying to be a cop, was picked up and thrown to the floor after a fight broke out between her and other park-goers. 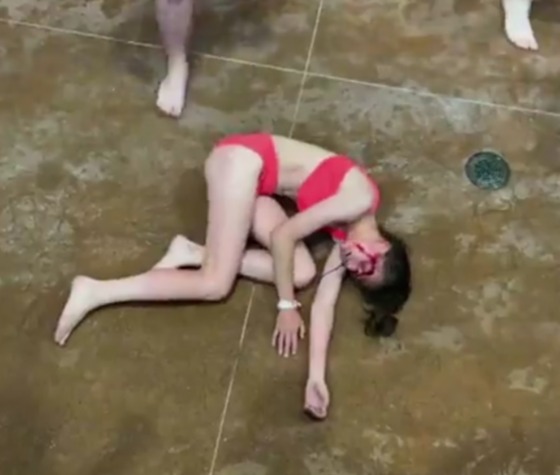 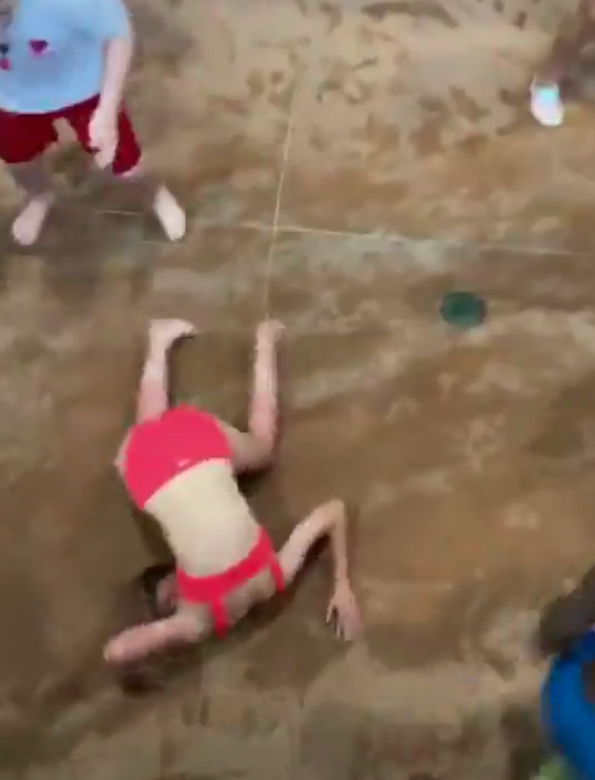 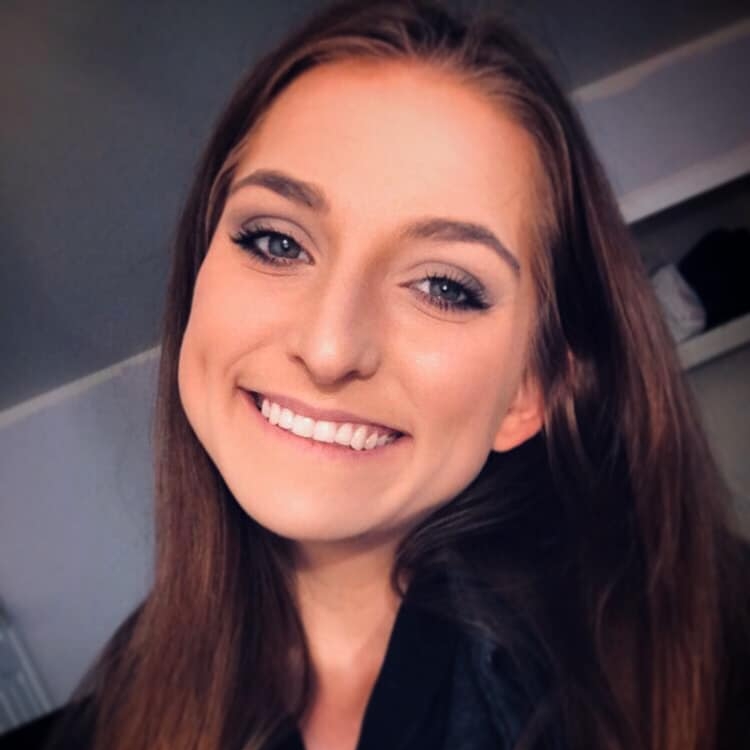 Footage of Cabay shows her throwing punches as a mass brawl broke out around her.

She attacked a man, who was also dressed in swimming attire before he flipped her over and dropped her on her head.

Blood was seen pouring from a wound on her head.

Her boyfriend Zackary Thomas Colzin, 24, was also arrested following the fight at the Kalahari Water Park in Sandusky, Ohio, on May 17.

The brawl broke out at the entrance to the park's FlowRider surf ride.

Two lifeguards were seen trying to break the fight up as people threw chairs at each other.

Colzin was seen punching one of the other park-goers, who Cabay then charged toward.

She hit the man several times before he lifted her up and slammed her head-first to the ground, knocking her out.

The site's Emergency Medical Technician attempted to restrain the man, as Colzin threw more punches in his direction.

Eventually, a lifeguard stepped in and seemed to spar with Colzin to keep him away from the EMT and the man who body-slammed Cabay.

But, Colzin fought back, and eventually, the EMT staffer tackled him to the ground with the help of an onlooker.

A woman grabbed a chair and threw it at Colzin, who picked it up and tried to lob it back at her. 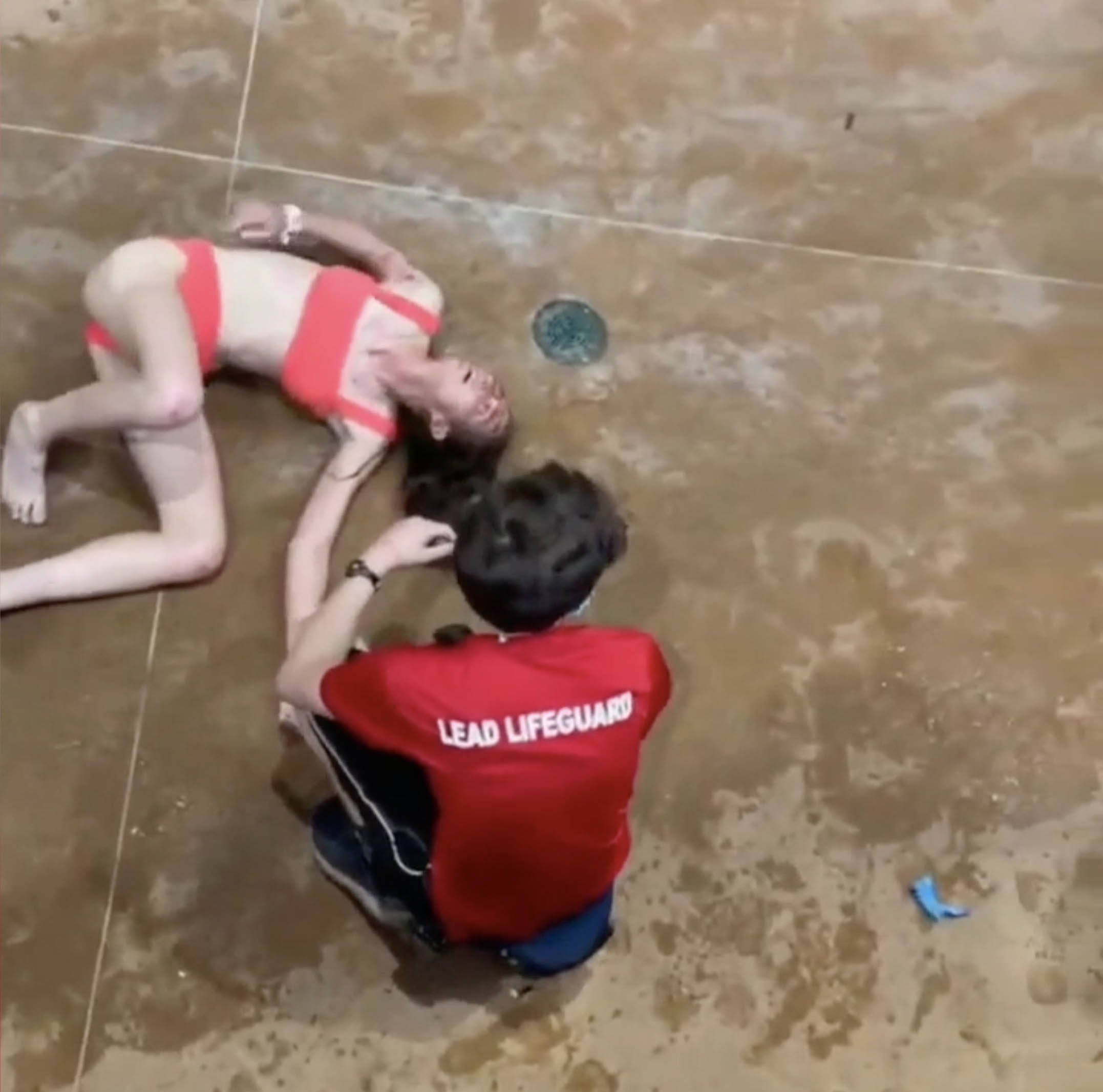 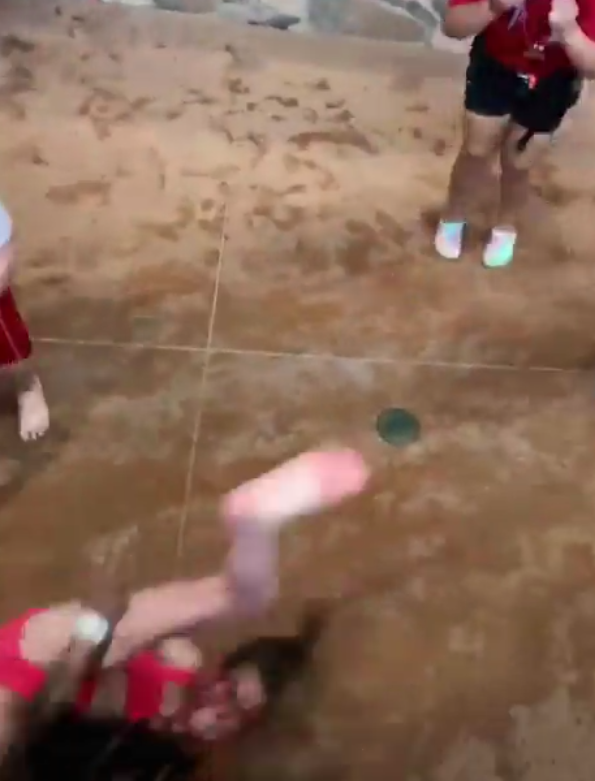 Official reports state that Colzin later also hit his head as he was tackled by a staff member and was unconscious when paramedics arrived at the scene.

When he regained consciousness he began racially abusing the people he got into a fight with and punched one of the deputies.

He also threatened to self-harm, before he was tasered and placed under arrest.

Colzin, of Sterling Heights, Michigan, was charged with two counts of assault on a peace officer and an EMT, persistent disorderly conduct while intoxicated, resisting arrested, and a failure to disclose personal information.

He was remanded in custody at Erie County Jail without bond. Authorities said there is a warrant for his arrest in Michigan over an alleged car theft.

Cabay of Flint, Michigan, was also arrested over the brawl.

When she regained consciousness she refused medical attention from paramedics and allegedly made death threats against emergency staff. 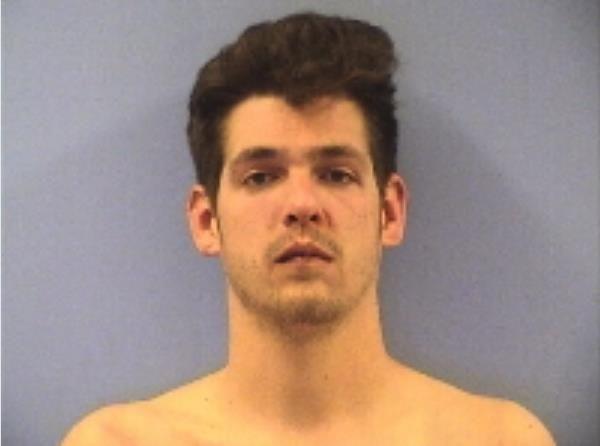 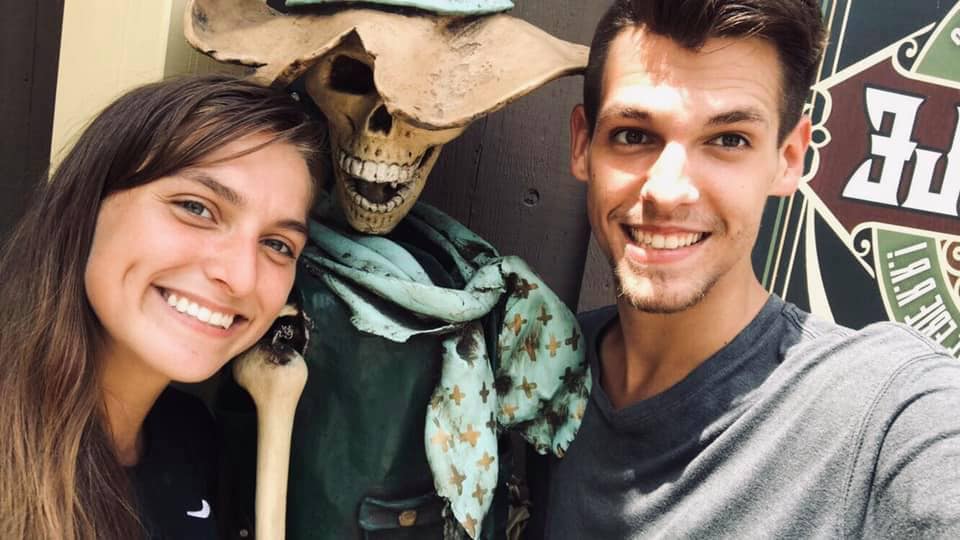 She initially refused to identify herself, telling deputies that she was studying to become a police officer.

She went to talk to Colzin and reported became 'combative' when she was asked by police to walk away.

The 23-year-old was arrested and charged with persistent disorderly conduct while intoxicated, resisting arrest, and failure to disclose personal information. She made bail from Erie County Jail on a $14,000 bond.

Cabay and Colzin both received medical treatment at Firelands Hospital before they were remanded in custody.

They were both arraigned Tuesday morning in Huron Municipal Court.

Deputies said it is possible a third person may face charges over the incident.

Erie County Sheriff Paul Sigsworth said incidents like this have been increasingly frequent at the water park in the last few months.

"We've had too many incidents there that have quite frankly been fueled by overconsumption and abuse of alcohol,' he said hinting he thought pent-up demand after a year of lockdowns contributed to the rise.

"They were both very intoxicated, and they were also combative. The male was combative with our deputies. He was charged accordingly, and he also had a warrant out in the state of Michigan." 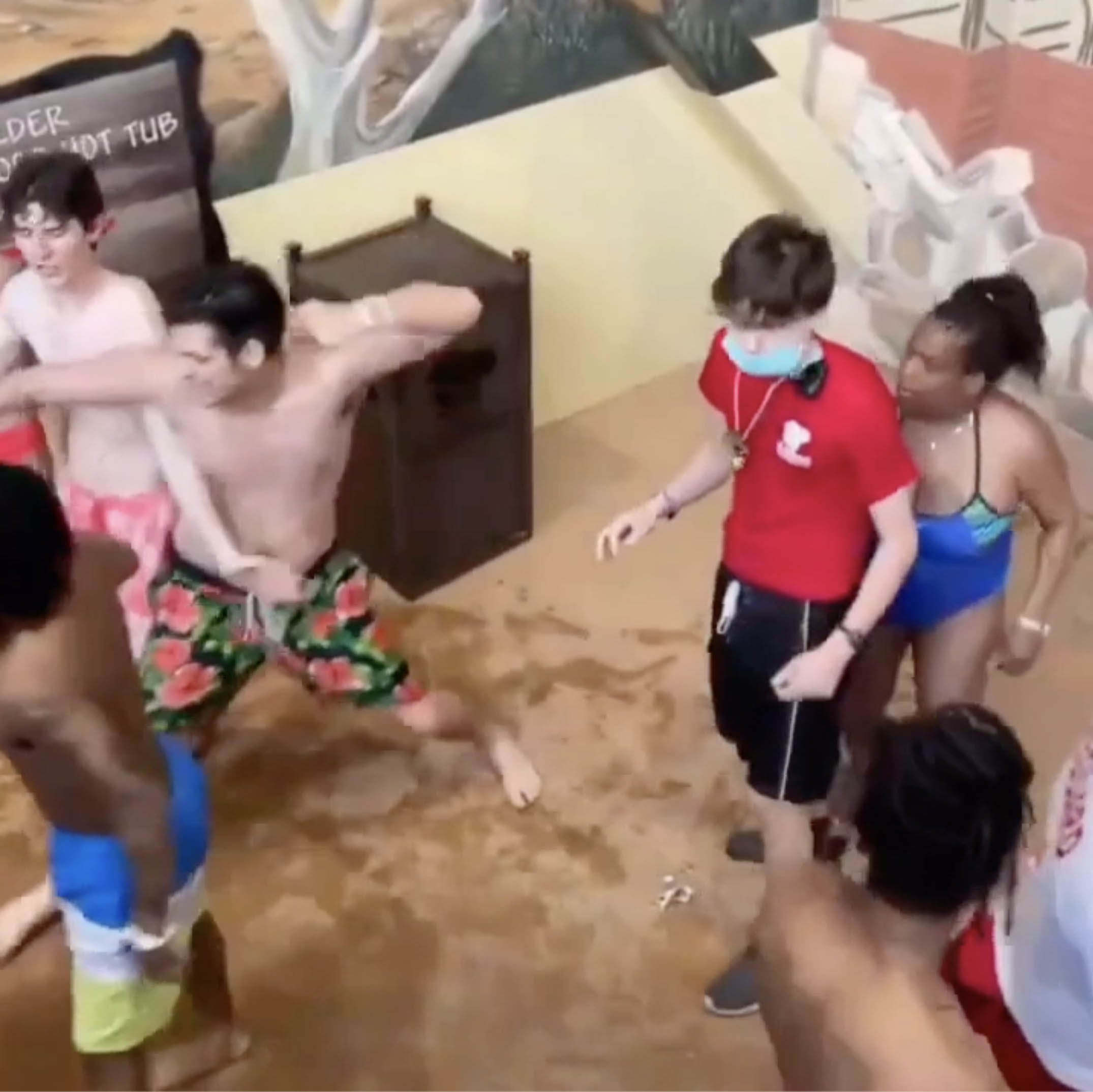 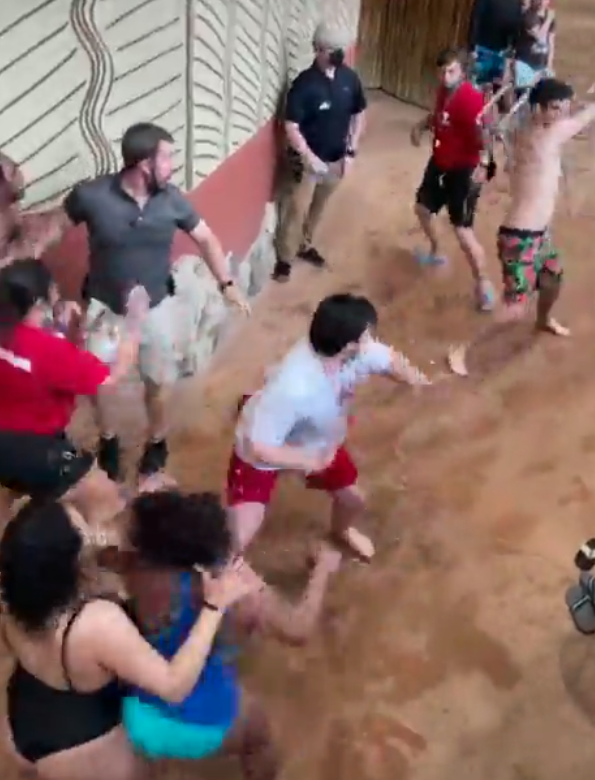 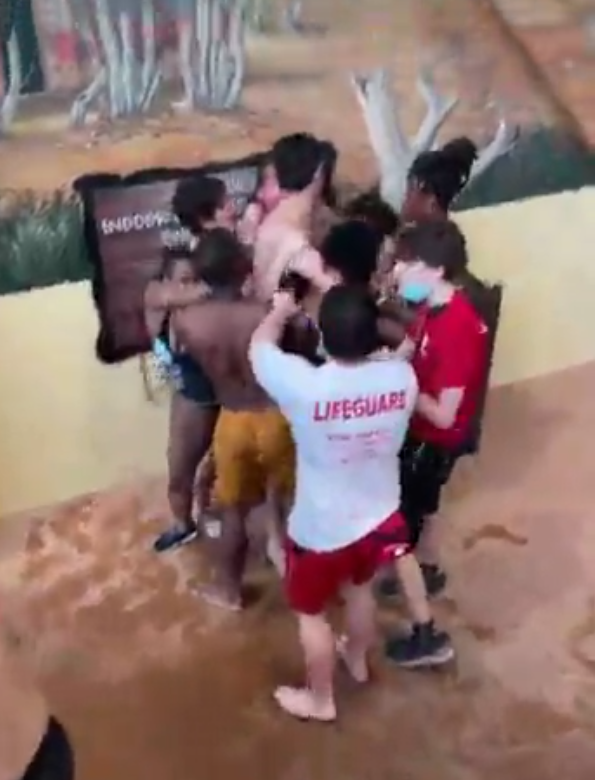 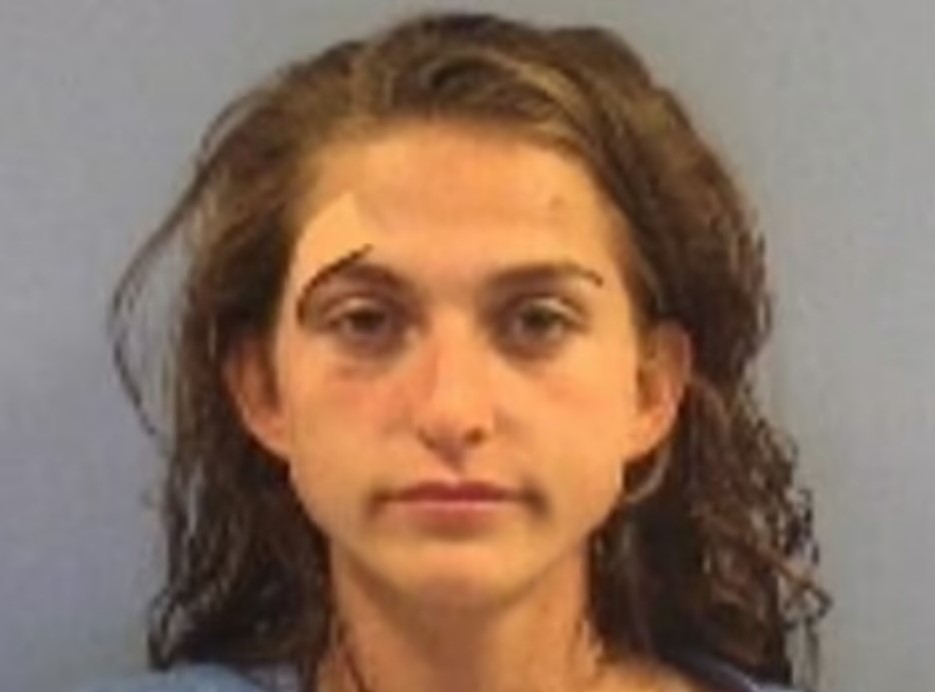