Shocking moment father, 43, was mown down and killed by hit and run driver in stolen car the day after his step-father’s funeral

Harrowing video footage has shown the moments before a beloved father was killed when a stolen car ploughed into him in a hit-and-run.

Dashcam footage shows the seconds leading up to the death of Darren ‘Daz’ Whitehouse, who was left fatally injured when a silver Infiniti car mounted the pavement in Tipton, near Dudley.

The 43-year-old had been talking to a man on a bicycle on the pavement when he was hit from behind by the stolen vehicle on St Mark’s Road on February 27 last year. 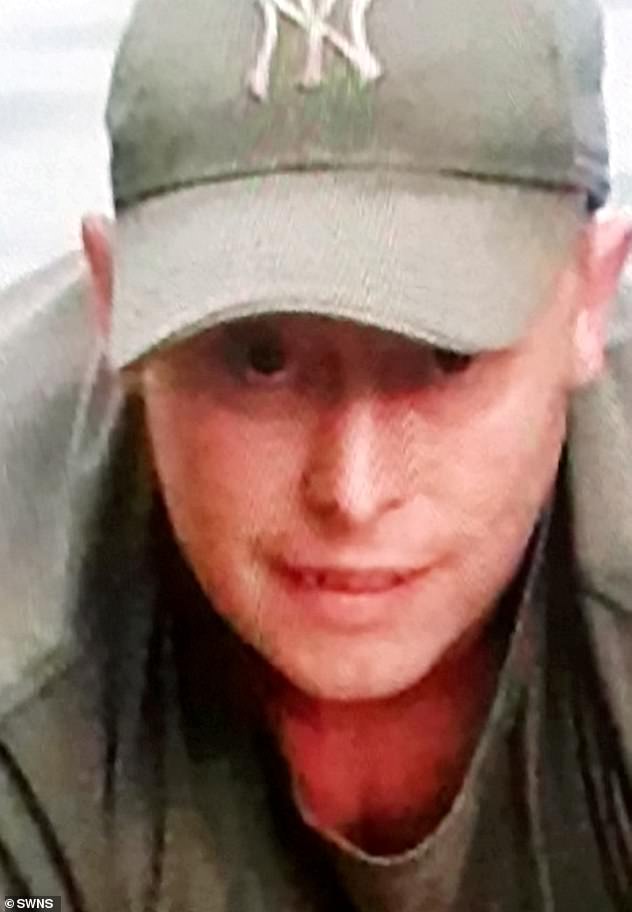 Darren ‘Daz’ Whitehouse, 43, was walking his dog near to his home in Tipton, West Midlands, when he was struck in St Mark’s Road 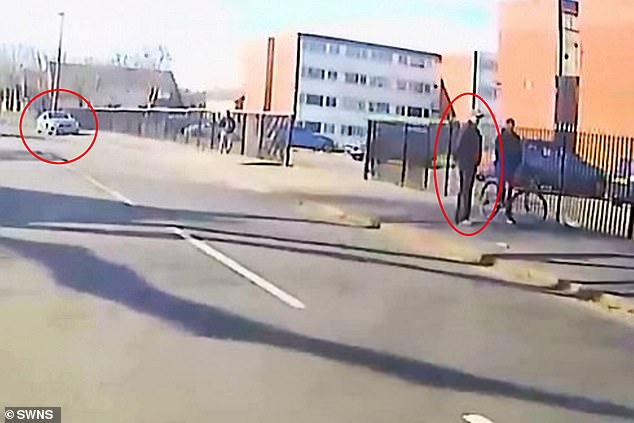 The car was driven away, with CCTV footage showing it speeding away from the seen with its front bumper hanging off while it crosses a grass verge.

Two men were later arrested over the incident, which left the cyclist hurt but not seriously injured, although no one has been charged.

Crimestoppers has offered a reward of up to £20,000 for information that leads to the conviction of those responsible for the incident, which took place at 1.40pm. 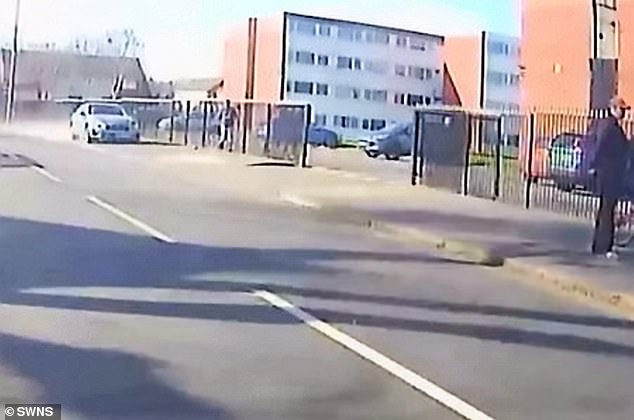 Mr Whitehouse was looking in the opposite direction to the silver Infiniti, which mounted the pavement at around 1.40pm 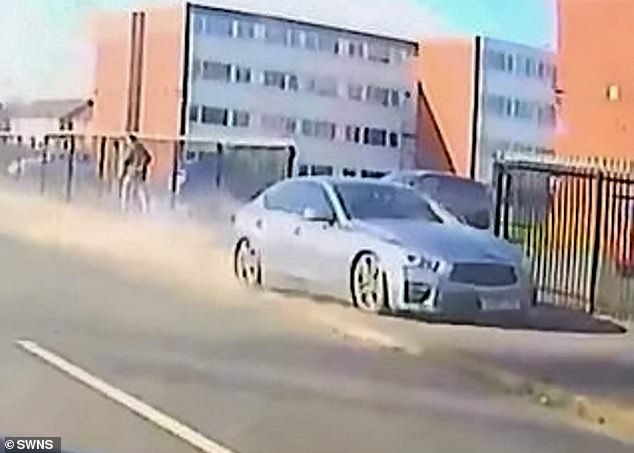 The car then ploughed into Mr Whitehouse, who was fatally injured. The cyclist who was next to him was also injured, but not seriously

It emerged the horrific crash happened the day after the father-of-one had attended his step-father’s funeral.

Police and paramedics dashed to the scene but despite desperate efforts to save him Mr Whitehouse, who was a full time carer for his disabled mother, died at the scene.

In a statement following his death, his family said: ‘We are devastated at the sudden loss of Darren.

‘We are so grateful for the support that the local community have shown to our family, thank you.’ 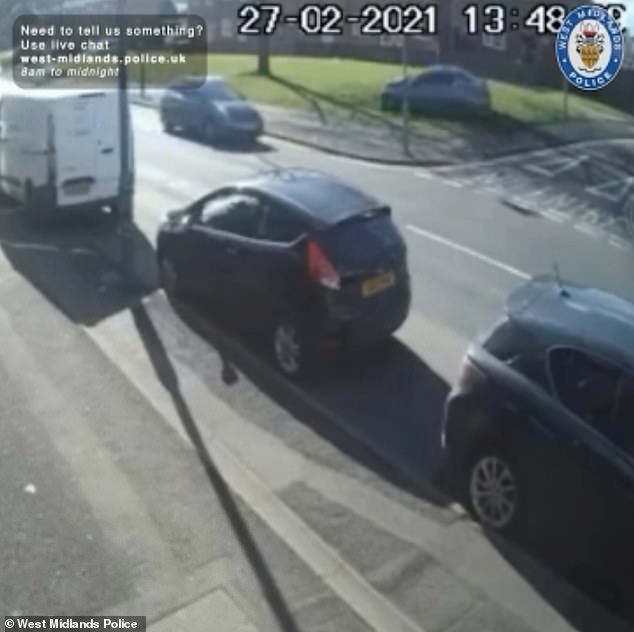 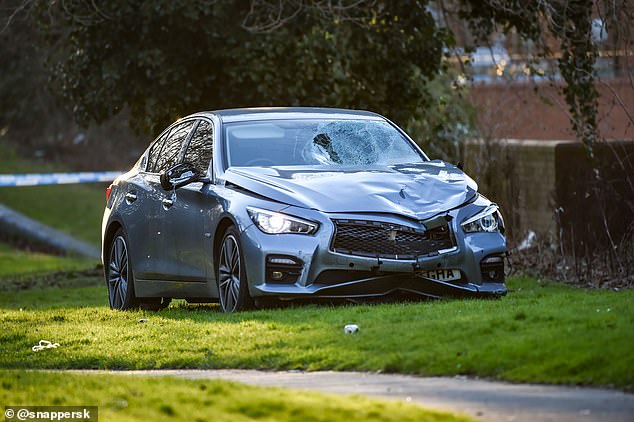 Officers say the car involved had been stolen from a house in Rowley Regis three days earlier.

Friends paid tribute to Mr Whitehouse. One friend, David Whatmore, 29, who knew Mr Whitehouse for 15 years, told the Sun: ‘He was just a normal, brilliant person who never had any issues with anyone.

‘His mother is in bits and they had just buried his stepdad the day before.’

Another friend, Sarah Brownhill, writing on a fundraising page set up to support his family, described Mr Whitehouse as a ‘top bloke’.

She said: ‘I knew Daz for many years and he’s a top bloke, we’ve had some laughs!

‘You will be sadly missed my thoughts are with all his family and friends at this sad time xx.’

‘He will be sadly missed by us especially my 15-year-old son. Fly high bro.’

The GoFundMe page, set up by family friend Samantha Jones, has raised more than £2,300.

More than a year on from the horror crash, Crimestoppers has released an appeal for anyone with information to come forward and has said it is offering a £20,000 reward.

Alan Edwards, regional manager of Crimestoppers West Midlands, said: ‘The death of Darren Whitehouse is tragic and has left his family and friends with an incredible loss of someone who was much-loved. 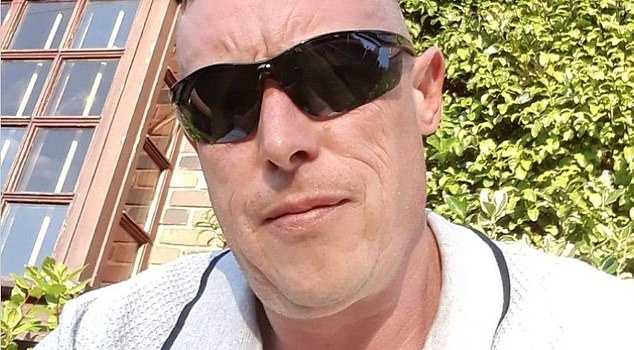 ‘They deserve to see those responsible held to account before someone else is hurt by such reckless and criminal behaviour.

‘Crimestoppers exists purely to give those people who know who was responsible for crimes like this an option – a safe and completely anonymous option to pass on what you know without giving your details, and then you’re done.

‘Our charity has kept its promise of anonymity to everyone since we started back in the late 1980s and we are proud to support over half a million people each year who want to do the right thing, but don’t want to speak to the police.

‘If you know who was behind the wheel or in the car at the time and have so far stayed silent, then now is your opportunity to speak up anonymously.

‘We take information in up to 140 different languages when you call our UK Contact Centre on freephone 0800 555 111, or you can fill in our simple and secure.’