THIS is the shocking moment brawlers hurl glasses and bottles at innocent bystanders in a kung fu-style street fight.

Bar stools and chairs were also lobbed in the violent clash in Dublin on Friday night. 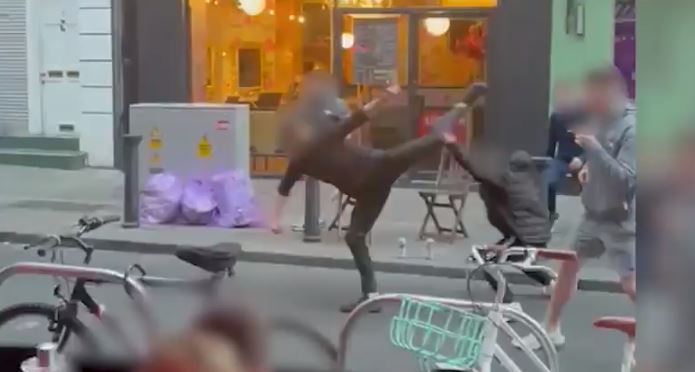 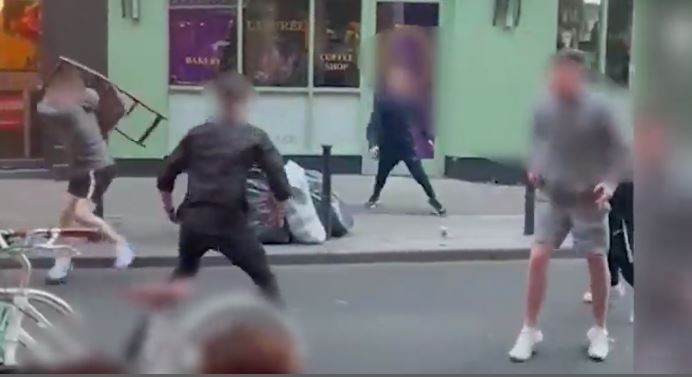 Footage shows a group of men face off as one swings kicks and punches.

Another then launches a chair at him before a different man appears to try to hit another lout over the head with a bar stool.

The situation escalates when the group begins throwing glass bottles at people watching on in horror.

A brutal fist fight then breaks out, with one man – thought to be a waiter – spinning kung fu-style kicks. 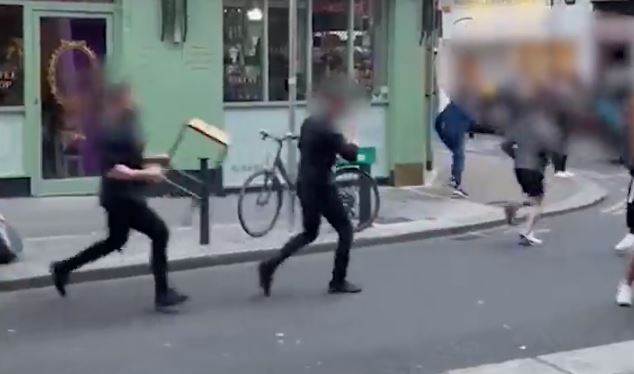 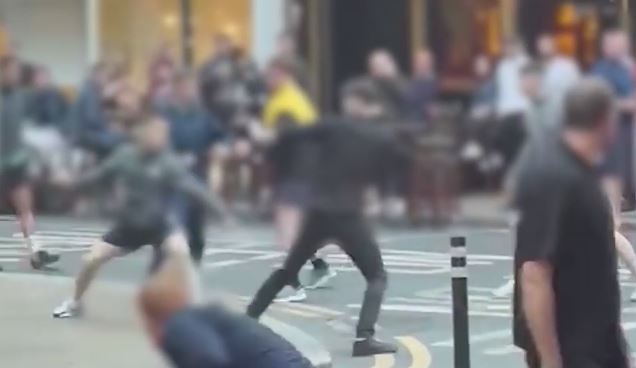 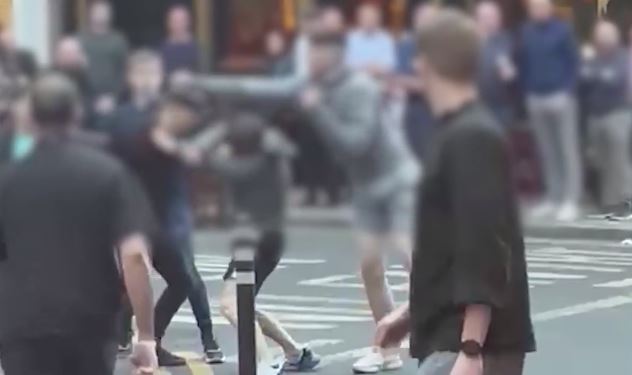 The video has been shared thousands of times on social media.

Users claim the fight broke out after a pregnant woman complained the men were smoking in her face while sat outside a restaurant.

Another alleges they were "harassing her" at her table at Boeuf steakhouse.

Police said three people were arrested – one in their late teens and two in their early 20s – after the scrap on South William Street at about 9.30pm.

"The three men appeared Friday 18th June, 2021, before Criminal Courts of Justice charged in relation to the incident.

Another massive brawl broke out in Dublin earlier this week that escalated to a car windscreen being kicked in.

Police rushed to the scene on North Circular Road in Summerhill in the early hours of June 15.

One onlooker said: "It was crazy, they just started brawling on the street and then more people arrived and got involved.

"I've no idea what it was about, it just seemed to kick off suddenly and then when it looked like calming down, one of the guys jumped up on the bonnet of the car and kicked in the windscreen.

"They caused a lot of damage to the car."