Shocking moment a Russian drunk driver ploughs into a pair of pedestrians, leaving them with serious injuries

This is the shocking moment a drink-driver without a licence loses control of his new car on the icy road and hits two pedestrians as they cross on the pavement, sending one woman flying through the air.

According to reports, the 18-year-old driver was drunk behind the wheel of his new car when the accident took place on February 27 in the city of Kirensk in the southern Russian region of Irkutsk Oblast.

As well as ploughing into two pedestrians, the drink-driver also hit three other vehicles, according to local media. 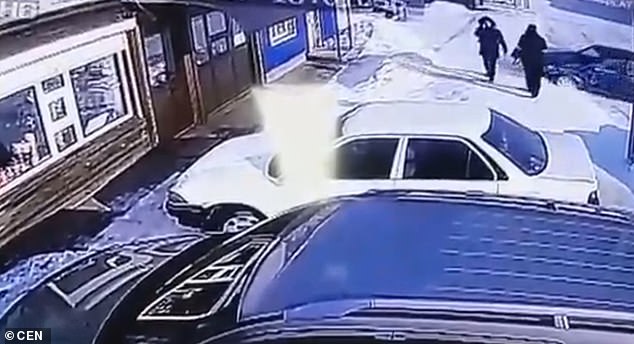 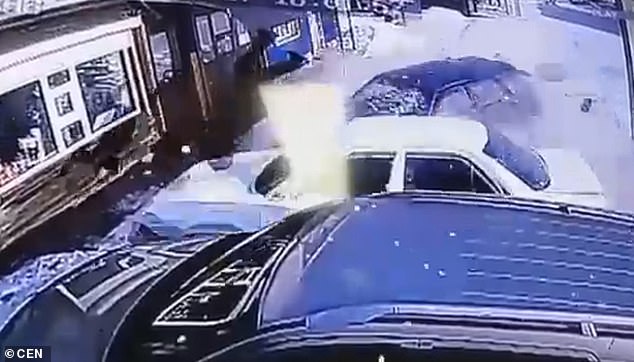 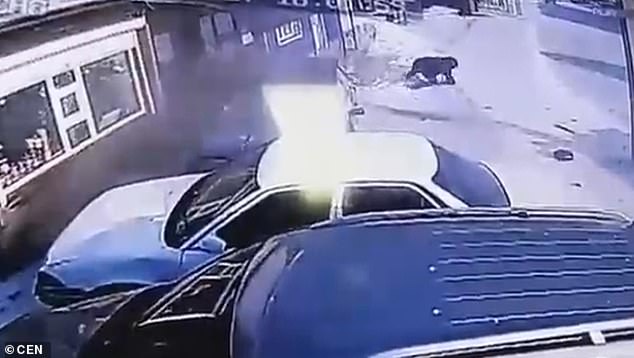 As well as injuring two people, the car damages three cars which were parked nearby

Reports said the teen was also operating the vehicle without a driver’s licence.

In the CCTV footage, two pedestrians, a man and a woman, are seen crossing on the pavement just as a car skids into view.

The out-of-control driver ploughs into the pedestrians, knocking the man to the ground but sending the woman flying through the air.

The car then hits a row of parked vehicles as the male pedestrian is seen getting to his feet.

Meanwhile, the alleged drink-driver appears to try to flee the scene on foot, but is stopped by a burly onlooker.

Reports said that the 18-year-old driver was arrested and taken to a nearby police station.

According to local media, the unnamed 29-year-old woman was hospitalised with multiple fractures and there have been no further updates on her condition.

The male pedestrian left the scene on his own, according to eyewitnesses, and it is unclear if he later received treatment for any injuries sustained in the accident.

The investigation is ongoing.