A GRAN found a 12-inch machete as she cleaned a sofa she bought on Facebook.

Shirley McNally, 82, was hoovering the settee and spraying it with fabric freshener when she felt something hard under one of the cushions. 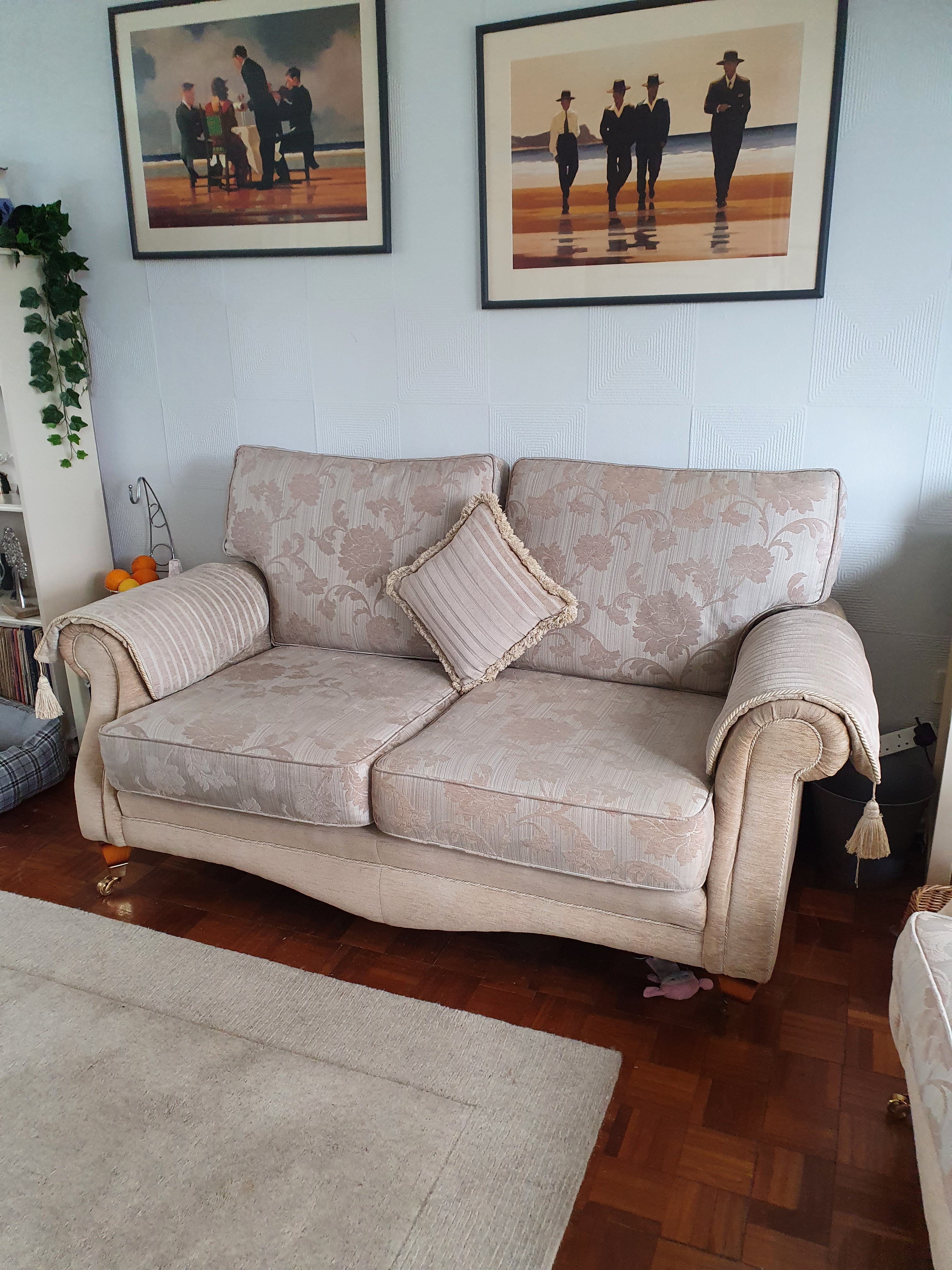 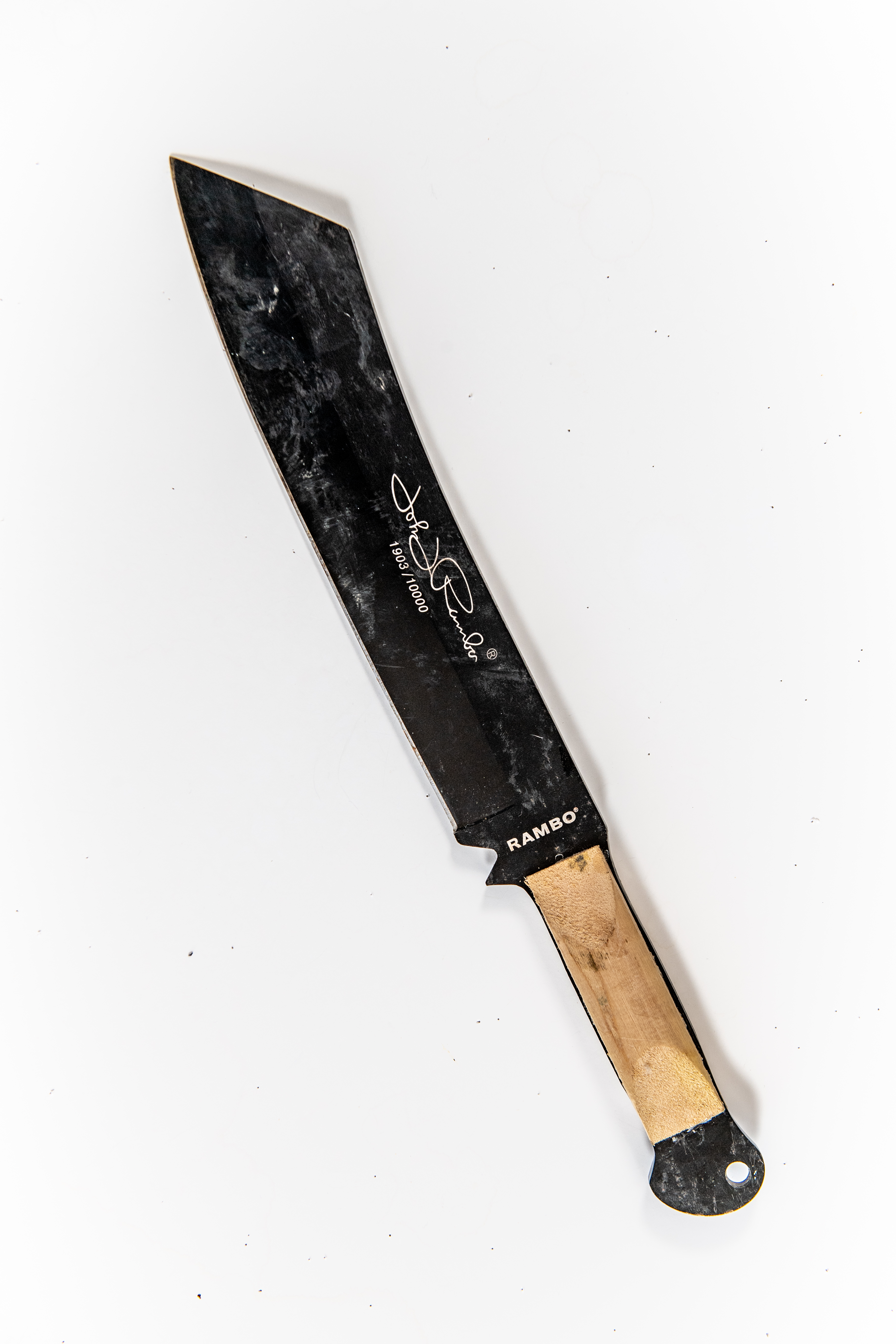 But her hopes it might be valuable quickly evaporated when she pulled out the Rambo blade instead.

Shirley said: “It’s got the leather sheath and everything.

“When I pulled it out I was shocked.

“It weighs a ton. It could chop somebody’s legs right off.”

Shirley paid £180 for the sofa after spotting it on Facebook Marketplace last year.

She said: “I saw a picture of the sofa and thought, ‘Oh that looks nice. I think I’ll get that’.

“These two slightly unsavoury guys arrived in a van with the suite to drop it off but it was all right.” 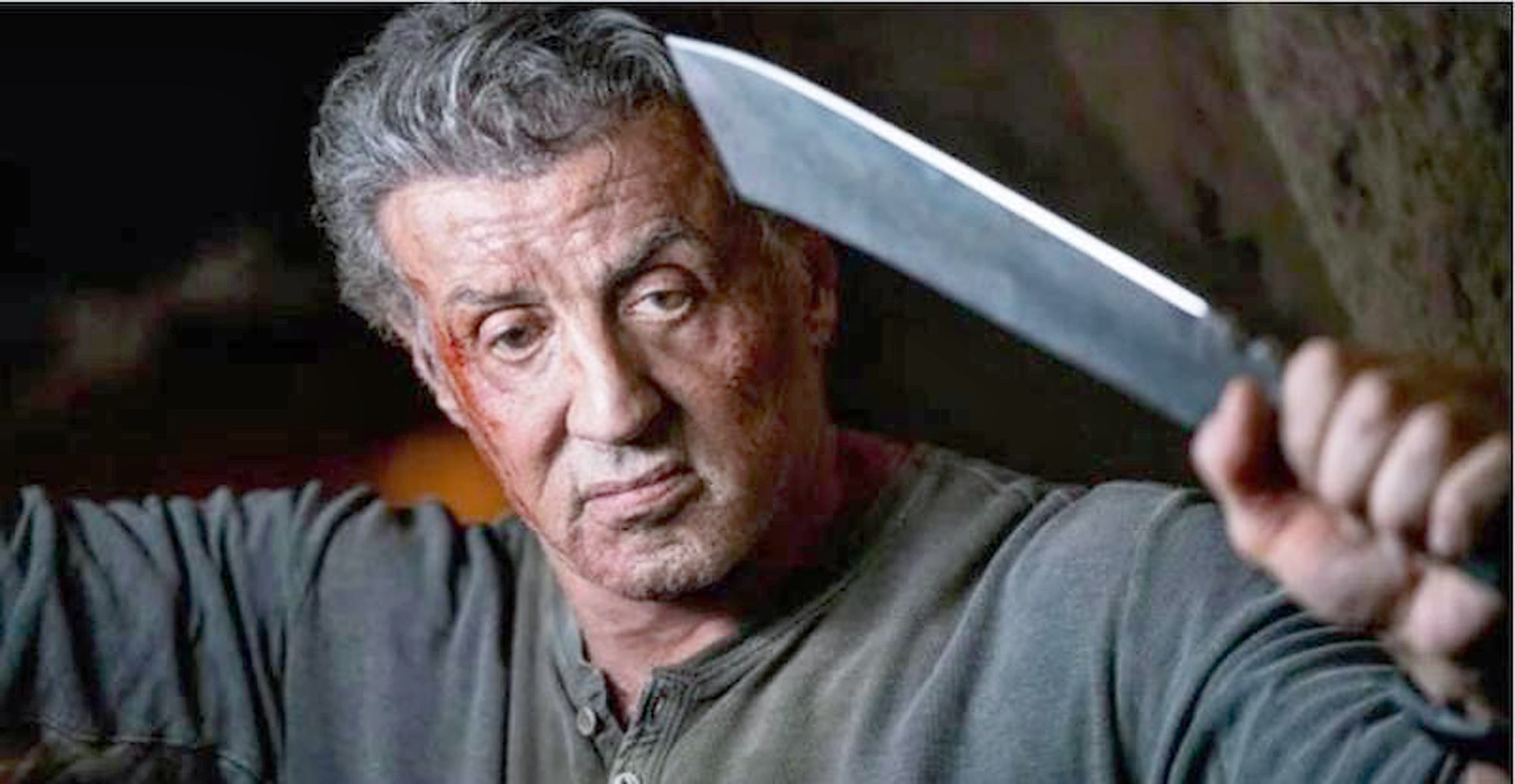 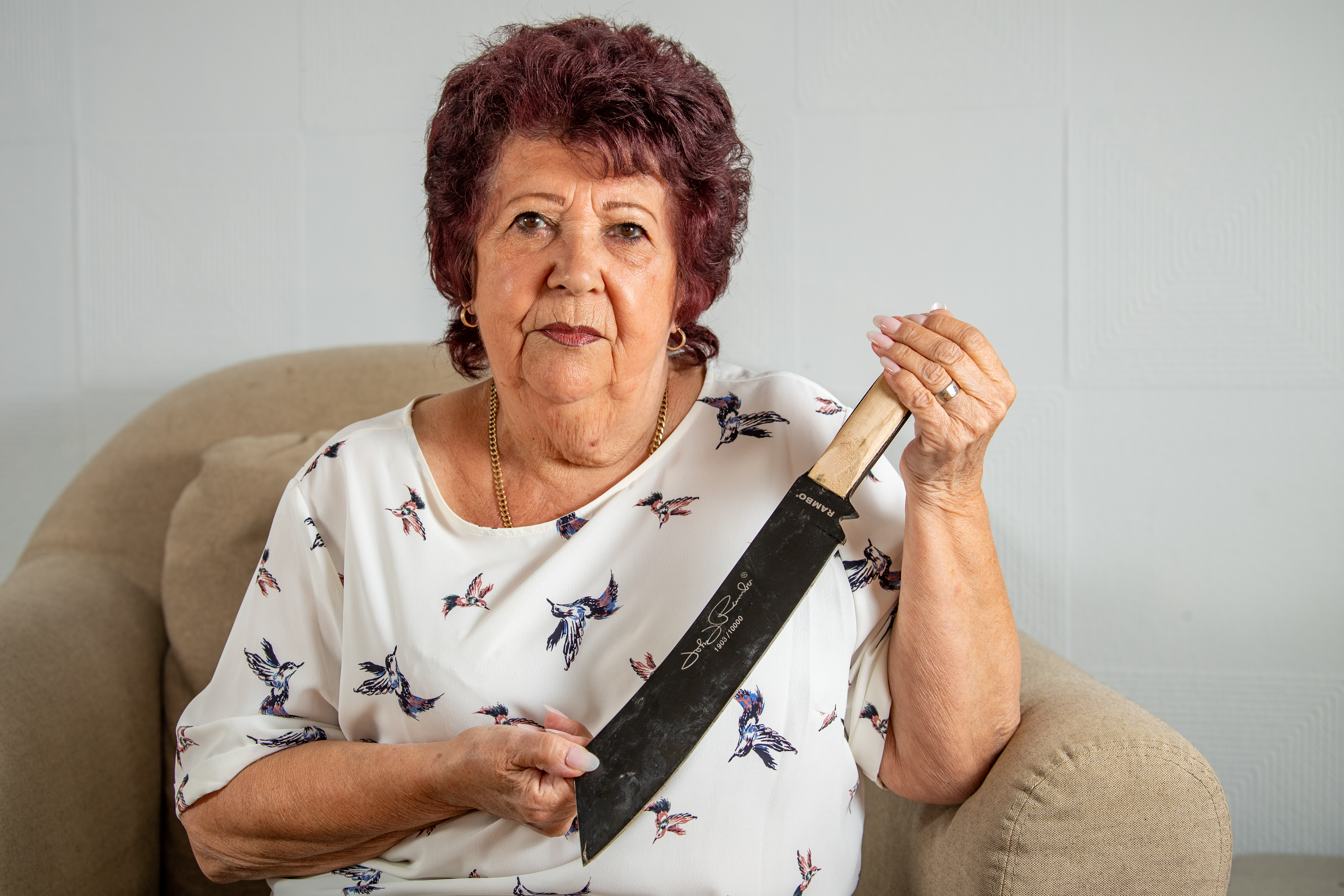 Although at first she liked the low-slung design, she was put off when grandson Keenan told her: “Nan, that couch is absolutely awful, the sort you find in an old people’s home.”

Shirley, from Harlow, Essex, said: “Then I began to hate the darn thing myself, so I put it up for sale.”

She had sold it within days and the buyer was on their way to collect it.

Shirley said: “I decided to give the sofa a quick Febreze and a hoover before the next owner came.

“I put my hand down the side of the cushions and felt something hard.

“It felt like a wallet and I thought, ‘Result!’. I couldn’t believe it when I pulled out a huge Rambo machete.

“My first reaction was, ‘Oh, my God!’. I don’t even want it in the house and to think it’s been there for a year and I had no idea. 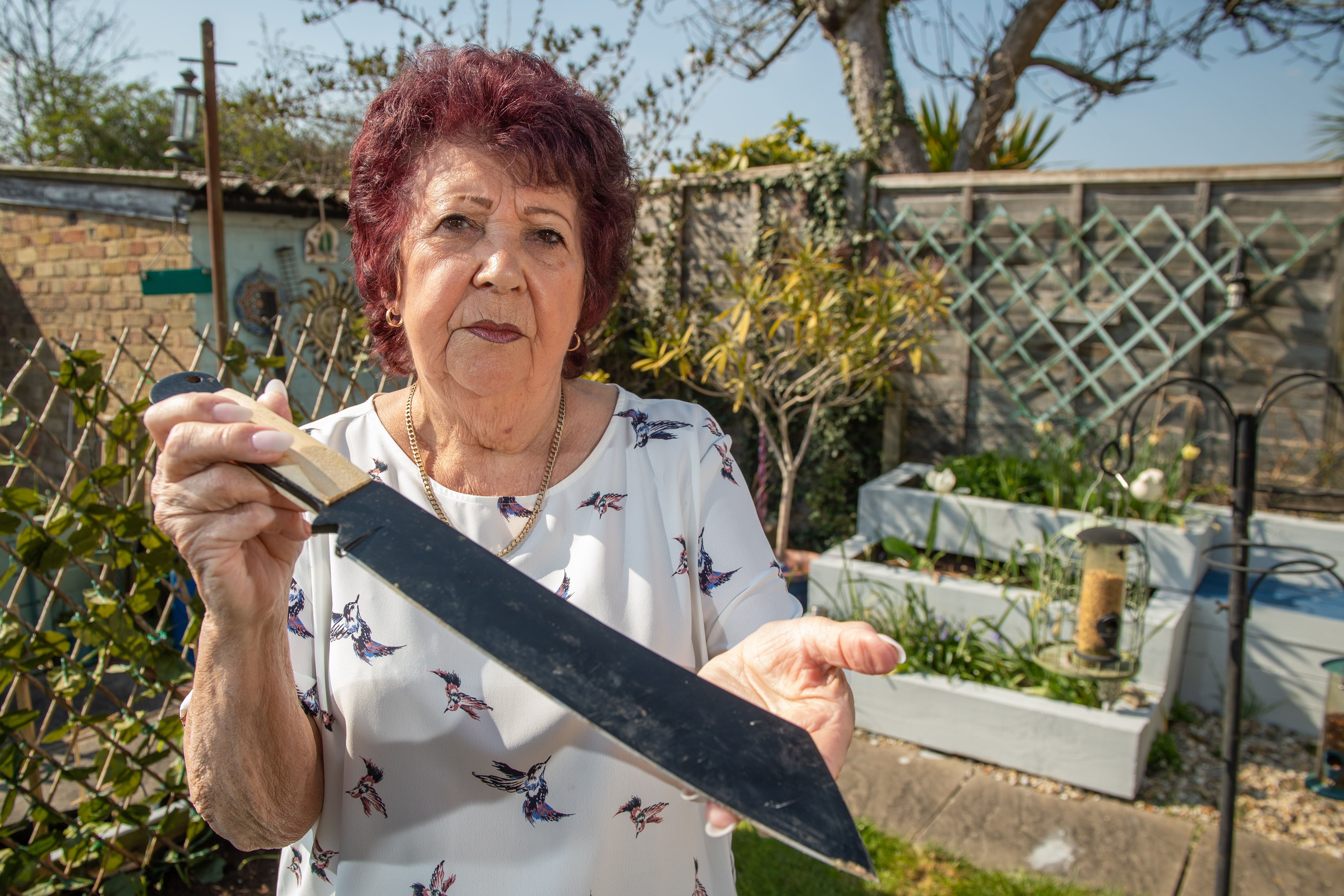 “Who knows what somebody else might have used it for?

“Imagine if I’d given the sofa away with it still there.”

Unsure of what to do with the unwanted weapon, Shirley called Essex Police — who have instructed her to hand it in to a police station.