Once the relieved Australian cruise passengers repatriated from the Greg Mortimer, stranded for days in South America, settle into life back home, they may care to reflect on another humanitarian act half-a-century ago that may well have played a part in their heroic rescue by Uruguayan authorities.

Aside from a fierce sporting rivalry contested in World Cup football qualifying rounds, Australia and Uruguay share a direct connection through immigration.

Following a military coup in the 1970s, thousands fled the nation and settled in Australia, whose acceptance of Uruguayan political refugees was a shining gesture not forgotten by the modern-day generation of South America’s second smallest nation. 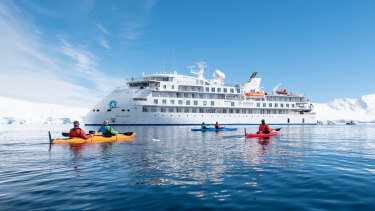 Many Uruguyans on social media stated that the evacuation of Australians was in a sense a favour repaid from nearly half a century ago. 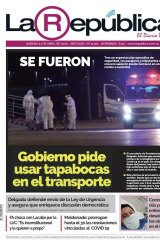 “Australia was kind to many Uruguayans in dark times for us in the '70s,” tweeted Javier Dominquez, a citizen of Montevideo. Another Uruguayan, Lili de Leon, said: “We remembered that Australia is the home of many, many Uruguayans that fled the country through the dark years of the dictatorship”.

The successful operation is the subject of immense national pride in Uruguay, the story dominating front pages in the local press over the Easter holiday weekend.

The ship, along with other passenger cruise vessels including the Australian-owned Scenic Eclipse, had been refused permission to berth by other South American nations including Argentina and Chile after borders were suddenly closed due to the pandemic.

Ultimately, only Uruguay proved willing and able to help the 128 passengers and 83 crew from aboard the Bahamas-registered Greg Mortimer, operated by the Australia-based Aurora Expeditions.

Dr Adrian Aguiar, an intern at Montevideo’s British Hospital, wrote at the weekend in El Pais, Uruguay’s main national daily newspaper on Saturday, of the decision to mount the medically perilous mission. “They are not Uruguayans and they are in a foreign-flagged ship, but they are human beings,” he wrote.

Many Uruguayans stayed up into the early hours to watch the live television coverage of the passengers’ departure via a special safe “humanitarian corridor” established by authorities through the streets of Montevideo.

In dramatic footage, a police escort led a motorcade of coaches and ambulances from the dock, where the Greg Mortimer had been berthed, to Carrasco International Airport, where a medically equipped aircraft was waiting on the tarmac.

Uruguay’s humanitarian repatriation of Australian and New Zealanders is in contrast to the plight of the Caledonian Sky, the cruise ship stranded off Darwin with 114 passengers aboard.

Permission for it to berth has been refused by the federal government, and its operators, Australian Pacific Touring (APT), await the result of its Federal Court action to overturn the edict. A decision is due later this week.